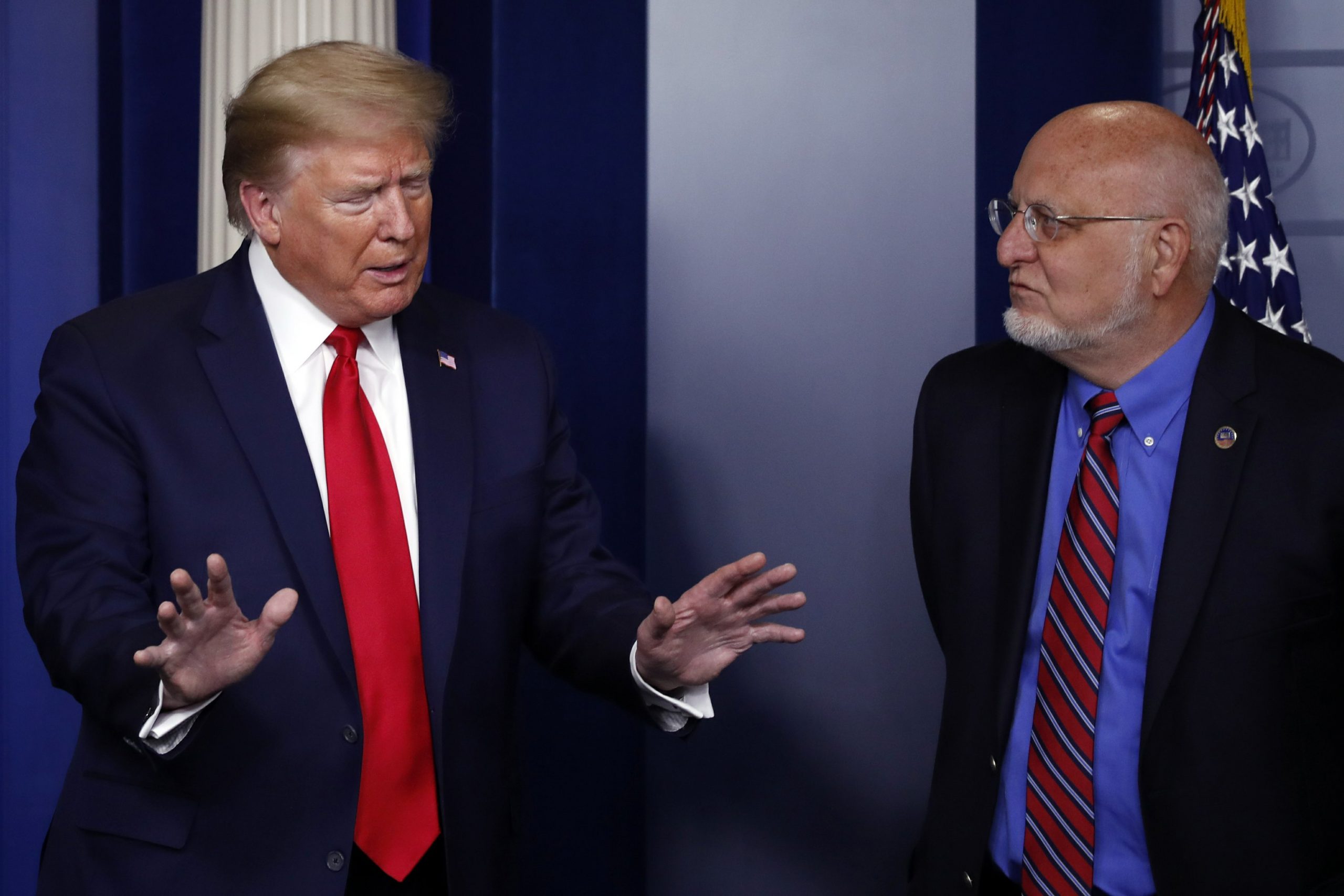 WASHINGTON (AP) – It’s almost a daily ritual: Donald Trump and a series of doctors appear in a White House room to discuss the coronavirus and create an unusual show in which specialists juggle to offer information backed by the science without irritating the president.

The result can be a bewildering scene for those trying to figure out the best way to protect themselves from the virus.

On Tuesday, for example, Dr. Deborah Birx supported Trump by commenting positively on plans to reopen businesses in Georgia, saying that hairdressers and tattoo shops could safely operate with a little “creativity” to maintain. distance.

Later, however, Birx, coordinator of the White House task force on the virus, told Trump that the reopening of Georgia was rushed. The next day, Trump questioned Georgia’s plans to resume activities, saying they were doing it “too soon.”

On Wednesday, Trump launched the briefing by inviting Dr. Robert Redfield, director of the Centers for Disease Control and Prevention, to “say a few words to clarify” previous comments in which the specialist had said that the The virus would reappear in the winter and could be stronger than the current outbreak.

Redfield then tried to “clarify” his comments by saying that the reappearance of the virus coinciding with the flu season would be a problematic combination, although confirming that his previous comments had been correctly reported.

The same Wednesday, the government’s top doctor said he had been removed from office for opposing efforts to promote an anti-malaria drug that Trump said, without evidence, that it was a remedy for COVID-19.

Dr. Rick Bright “was cast aside for one reason only: because he resisted efforts to facilitate unrestricted access to a potentially dangerous drug,” his attorneys said. Trump claimed to know nothing of the subject.

Healthcare experts say medical professionals are inhibited from offering candid advice to the president and the public.

“The doctors from the (White House) team and the scientists at large who respond to the pandemic are looking askance all the time,” said Lawrence Gostin, a public health expert at Georgetown University. “There is a bid between politicians and health officials. It is a very unhealthy dynamic. “

In addition to offer ing up-to-date information on the pandemic and on the best ways to combat it, doctors are involved in Trump’s efforts to present a positive image of his handling of the pandemic.

They know perfectly well that the president has a long history in which he appoints officials by highlighting their skills and then undermining or pushing them aside. That was what happened with figures like former Secretary of State Rex Tillerson, former Chief of Staff John Kelly and former Defense Secretary James Mattis.

Even the popular doctor Anthony Fauci, a specialist in contagious diseases, must adapt his comments to Trump’s preferences.

This month Fauci said on CNN that more lives could have been saved if the government had intervened earlier.

That did not like Trump, who published a tweet in which he left in the air the possibility of Fauci being fired.

The next day, Fauci spoke at the White House briefing and said that perhaps “he had mispronounced.” He said that “the first and only time” that he and Birx had spoken to Trump about a quarantine nationwide, the president had “listened to the recommendations and taken steps” to contain the outbreak.

Trump generally listens to his medical experts. But he sees them as subordinates and doesn’t like to be contradicted.

At Thursday’s briefing, Brix was the only medical expert present and spoke briefly.

Trump preferred to invite William Bryan, a Department of Homeland Security official who spoke of the investigations into the impact of high temperatures and the sun on the containment of the virus, to the podium.

Birx generally tries not to contradict Trump, but Fauci seems more willing to do so, so there is often speculation that he will be fired.

Kavita Patel, a public health expert who served under the Barak Obama administration, said that scientists who advise a president have to be seasoned people, but that serving under the Trump administration is especially tortuous, as the president sometimes ignores the information that the experts give you and let yourself be carried away by your instincts.

“It is clear that he is very selective in his use of information,” said Patel.

“There seems to be a revolving door for scientists and doctors who are in an awkward position,” Patel said. “It feels like these scientists are put up against a Russian roulette wheel and, depending on luck, an individual may end up publicly facing the president.”