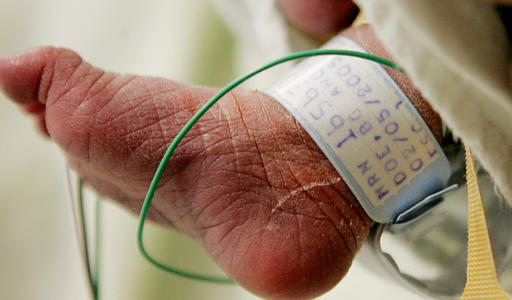 The case of a nine-month-old baby who needs a respirator to live and who could be disconnected from the machine has confronted her family, civil associations, the hospital and state law, reliving a debate about life support in Texas.

Tinslee Lewis was born prematurely and suffers from a cardiac abnormality that causes chronic lung problems. She has been hospitalized since birth, and in July, when she was about three months old, she was plugged into the artificial respirator that keeps her alive.

The pediatric center of Fort Worth (Texas) in which Lewis is admitted, Cook Children's Medical Center, determined at the end of October that the baby has no chance of recovery, will always require assisted breathing and is suffering too much, so The best, in the opinion of doctors, would be to remove the respirator and allow your life to end naturally.

The family wants the baby to stay connected, but state law allows doctors to make the decision they consider best for the patient. In case the family disagrees, the law gives you 10 days to find a new hospital or to go to a judge and ask him to postpone the countdown.

That is what the family did. The deadlines expired on November 10, but the parents, supported by the Texas Right to Life anti-abortion association, filed a lawsuit that same day and thus achieved an extension until November 22.

"I don't think what they are doing with my baby is the right thing," Tinslee Lewis's mother, Trinity, told local KTVT television. Tinslee "is a fighter," he added.

The hospital, meanwhile, says it consulted with another 20 medical centers across the country and that they agreed on the decision to remove the respirator from the girl. "We believe that the life of all children is sacred, but we also maintain that no child should be sentenced to a life with such pain," he said in a statement.

"We believe that it is in the best interest of this beautiful girl to free her from artificial medical intervention and suffering," the hospital added.

“This statute is the most draconian of its kind in the entire country. Giving 10 days, and not even business days, is extremely inappropriate, ”said lawyer Kassi Marks to the KTVT television.

URGENT: Tinslee Lewis is scheduled to die TOMORROW as @CookChildrens will pull the plug on the 9-month-old against her mother's will.

Last year, the same Texas hospital received judicial permission to withdraw support for a 9-year-old girl, Payton Summers, who was declared brain dead. The family appealed and fought for three weeks to find a hospital that agreed to maintain artificial ventilation for the girl, but the child died before the respirator was removed.

Texas is one of a few states, along with Virginia and California, with a law that allows doctors to make such a decision to withdraw treatment. But the expert Thaddeus Mason Pope, from the Mitchell Hamline law school in Minnesota, told the Associated Press that doctors in the rest of the country also make similar decisions in committee even if there are no specific laws.