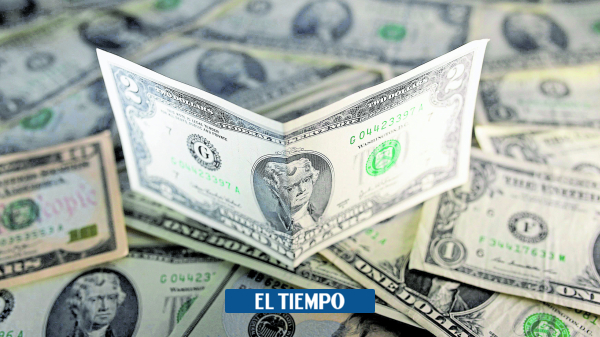 At the beginning of the year, almost no expert imagined that the dollar could reach 3,500 pesos. But with an international environment of rising uncertainty it has been the breeding ground so that the currency is touching that level.

In fact, this Tuesday in the Colombian market the dollar broke its third historical mark in less than two months, after trading on average at 3,491.39 pesos, level never seen before in the country, which led to the official price of the day (October 2, 2019) being 3,491.29, less than nine pesos of the 3,500 pesos level, which was almost not in anyone's accounts. It's more, Its maximum price on Tuesday was 3,498 pesos.

But it is not only in Colombia, as the dollar is reaching highs against several currencies, and others that were generally quieter have also shown volatility.

"In the midst of an ec onomic slowdown, in which the United States has done relatively well, the market considers the dollar to be a refuge," says Felipe Campos, manager of economic research and strategy at Alianza Valores.

However, this Tuesday, data on the behavior of the manufacturing sector were released in U.S, that confirms that this country is also on its way to economic cooling.

In the midst of an economic slowdown, in which the United States has done relatively well, the market considers the dollar to be a refuge

This, without counting on the fact that the commercial dispute that the US still has not been resolved. UU. and China, which has global trade in embers. And in the midst of this risk aversion, emerging countries are the ones that carry it the worst.

“Recently there has been a lot of financial stress on account of many funds that are being withheld for having money in emerging markets. As there are some where they can't get out so easy (like Argentina), then they do it from other more liquid ones, like Chile, Brazil and Colombia. Further, political tensions such as that of Peru generate more capital outflows, because people are triggered by risk aversion”, Explains Sergio Olarte, chief economist at Scotiabank Colombia.