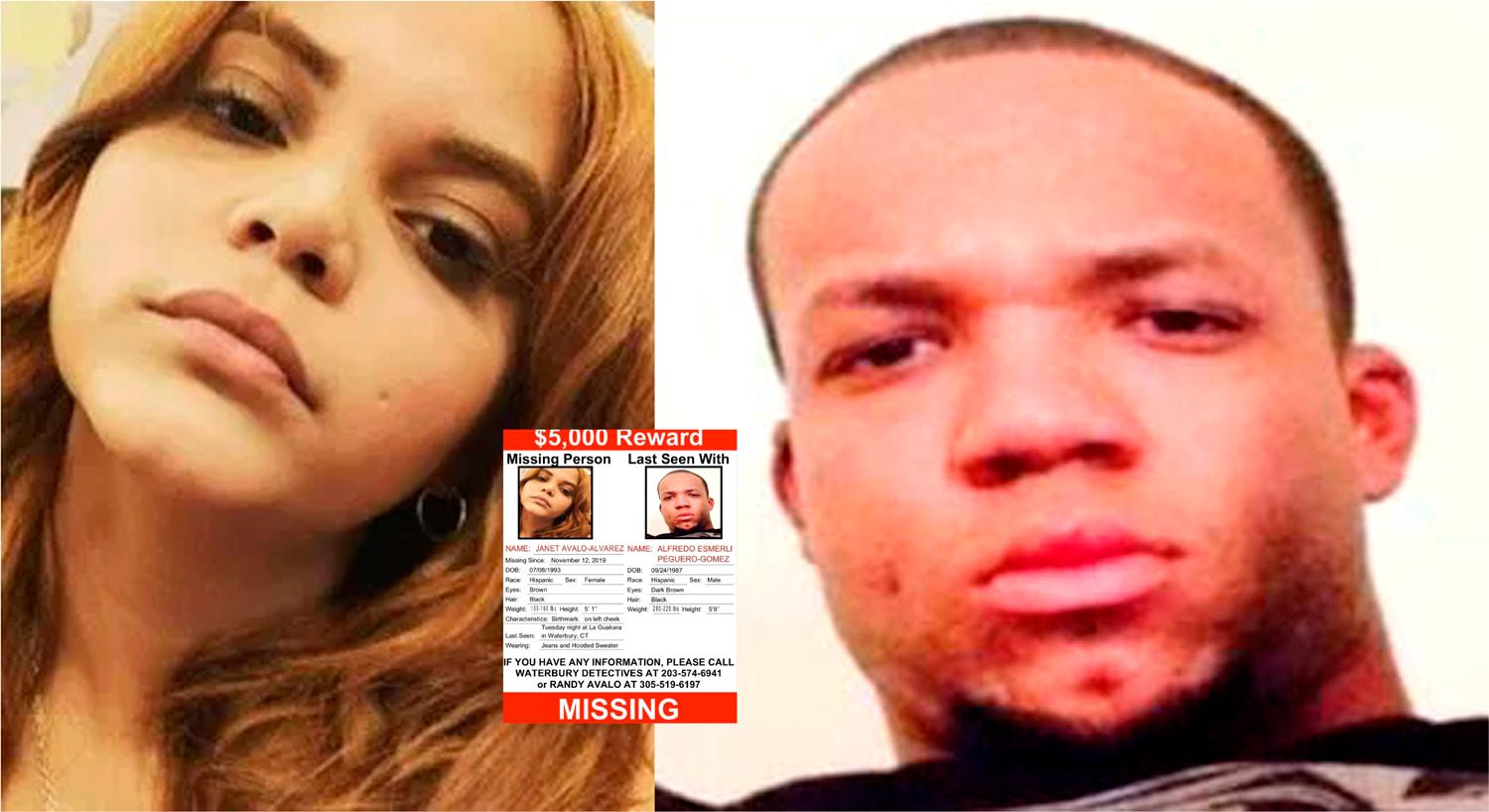 Relatives of the Dominican Alfredo Esmeril Peguero Gómez, wanted as the main suspect in the murder of his partner Janet Avalo Álvarez (Irandy), whose body was found in a wooded area of ​​a road in the Wolcott town, near the city of Waterbury in Connecticut, where both they lived and owned the bar "Guakara Taína", denounced this Thursday that they are receiving death threats as a result of the fact.

Through a press release sent to local media, Peguero Gómez's family says: “We have our hearts broken and we hope justice will be done. She was part of our family and our condolences, thoughts and prayers extend to family and friends during this difficult time. ”

The family of the murdered girl's boyfriend says she is in collaboration with the authorities to locate her relative as soon as possible. "We understand that Peguero may have been a part of this," he says.

“As we have said, and we will continue to say, we have no knowledge of what happened. We are as surprised and hurt as everyone else. Threatening our family will not improve things, nor will it serve to do justice to Janet Avalo Álvarez, ”the statement said.

Meanwhile, Waterbury Police Chief Fred Spagnola said yesterday at a press conference to update the information of the case that the specialized body of fugitive hunters of the United States Department of Justice, known as US Marshalls (federal sheriffs) He leads the hunt to capture Peguero Gómez, the main suspect in Janet's strangulation, whose body was pulled 50 feet from a rocky cliff on Route 69 of the Wolcott Road several miles away from Waterbury.

He explained that although it is still under review of passenger records, to confirm if Peguero Gómez fled to the Dominican Republic.

The fugitive is a native of the Puerto Rico neighborhood in the Los Mina sector of Santo Domingo, relatives of the dead confirmed to Connecticut media.

The researchers clarified that although the man's car was found in the parking lot of Newark Liberty International Airport in New Jersey, there is no evidence yet to show that he escaped to the Dominican Republic, although that theory is not ruled out.