The vice president of the United States, Mike Pence, announced the removal of all restrictions on the tests to detect the coronavirus. That would give new guidelines for rapid analysis in the case of people who fear having the virus, even if they exhibit mild symptoms.

The announcement comes to the crossroads of a growing questioning of the Democratic opposition to the ways in which the fight against this plague is taking place. But public doubts are also emerging on the part of legislators of the Republican ruling party about the proceedings. Pence is in charge of fighting the disease.

“Today we will issue new guidance from the CDC (Centers for Disease Control and Prevention) that will make it clear that any American can be tested, without restrictions, subject to the orders of doctors,” Pence told reporters. in the White House. “Any American can have the analysis done. We eliminate that lock. ”

Vice President Mike Pence during his press conference on the coronavirus. RTR

The Donald Trump government has struggled to inspire confidence and show progress in the fight against the coronavirus and simultaneously prepare Americans for a battle that could be difficult. The slow start of the tests to detect the coronavirus has been particularly irritating. Economist Paul Krugman, among other intellectuals, criticized that Trump has appointed Pence in charge of leading the fight against the disease instead of a specialized scientist.

White House officials stressed that the provision of analysis may not fully meet demand until the next few weeks. But they said about 2,500 test kits for more than one million studies could be available by the end of this week and another million could be manufactured weekly after that.

“We are trying to meet that demand with an increase in capacity,” Dr. Stephen Hahn, commissioner of the Food and Drug Administration (FDA), told reporters during the briefing. “Right now, I would say we would need more capacity.”

On Saturday, the FDA gave laboratories and hospitals across the country a green light to conduct studies that had been limited to those analyzed by the CDC, which had imposed strict guidelines on who was authorized to receive an analysis. Tuesday’s Pence announcement made those rules more flexible.

Hahn said at a Senate hearing that the CDC was working with a private manufacturer to dramatically increase the analysis capacity of laboratories across the country.

“Our expectation when talking with the company that is accelerating this is that by the end of this week we have the ability to make the kits available to laboratories to practice approximately one million studies,” he said.

When Hahn was asked to clarify his statements, he said private manufacturers had informed him that there might be 2,500 analysis kits available by the end of the week. Each kit has capacity for 500 analyzes. Later in the day, Pence repeated that figure to reporters, saying that the kits allowed 1.5 million analyzes.

“This is a dynamic process,” said Hahn. “Every day more manufacturers contact us.”

But when questioned by senators from both parties, Pence, who leads the government’s response to the coronavirus, and other senior health officials were unable to calm the concerns of lawmakers.

“They could not answer in what period the people could have the analyzes,” said Senator Chuck Schumer of New York, leader of the Democrats, after leaving an information session with Pence and senior health officials that took place at noon. “We need an on-site analysis, not an analysis that has to be sent to a distant and returned place, and we have to know where people can do it to them, how they can get it.”

“There it was raised that almost everyone who gets sick is over 50 years old,” Cassidy continued, “and no one under 20 has died, but that does not mean they have not been infected.”

Democrats also expressed concern to officials about ensuring that the analysis was “not so expensive that people don’t do it,” Schumer said. “And there was no answer to those fundamental questions.”

The question that the possible vaccines have an accessible price is a final obstacle in the negotiations for an emergency aid package to confront the virus that legislators and officials hoped to present late on Tuesday. Schumer said the package, which is expected to reach at least $ 7 billion, would include funding for state and municipal agencies responsible for the response to the virus, as well as funds for equipment and the development of a vaccine.

It is anticipated that the package, which has been hurriedly gathered over the past few days, will be more generous than the initial White House proposal: $ 1.250 million in new funds, accompanied by a transfer of existing funds from other health programs .

House of Representatives Democrats have said they hope to vote on the emergency bill by the end of the week. Democrats want to make sure that pharmaceutical companies charge the government reasonable prices for treatments and vaccines once they are available.

“We believe the vaccine should be economical and not out of reach of the average person,” said Schumer. “That is one of the arguments that is still in dispute.”

The new infections in the counties of Westchester, New York; San Mateo, California; Wake, North Carolina, and Fulton, Georgia, from Monday afternoon made it clear that the coronavirus was spreading in the largest urban centers in the US. and it was no longer limited to international travelers. In the US, there were at least 120 cases of coronavirus confirmed by laboratory analysis on Tuesday afternoon and around the world were approaching 93,000.

On Tuesday, the Department of Veterans Affairs confirmed that for the first time a veteran’s analysis had tested positive and that he was transferred to that agency’s hospital in Palo Alto, California. The case presented the federal government with a new challenge, a contagion of coronavirus in the veterans’ extended healthcare system.

The amount of analysis that will be effective in the coming days could be considerably lower than the government’s projection of one million for next week. A spokesman for the Department of Health and Human Services said Monday that public health laboratories can now analyze 15,000 people and could analyze up to 75,000 by the end of this week.

The Association of Public Health Laboratories, which represents the laboratories of state and municipal governments throughout the country, has said that its laboratories could perform about 10,000 analyzes per day when the total of its one hundred members are in operation to carry conducted studies Scott Becker, executive director of the laboratory association, said Monday that they can do about a hundred daily analyzes. As of Monday, he said that less than half of those laboratories had the capacity to do so.

“All that matters is how many people can be analyzed per day,” said Scott Gottlieb, who was a member of the FDA from 2017 to 2019.

When they learned on Tuesday that the death toll in their state had reached nine, the two Washington Democratic senators pressured Pence and health officials regarding the government’s response and its message to the public, particularly as which makes the availability of analysis.

“The message we gave them was: be clear in explaining that they are not immediately available and that the universe of people who have access to them is not large enough,” said Senator Maria Cantwell. “Let’s think of a more aggressive plan.”

The other state senator, Patty Murray, said she had been contacted by voters who desperately called all the numbers they could find for information and could not communicate.

“I think there is a lot of concern that there is a sincere and precise reflection of what is real when we have something like that in development,” said Murray.

“From what I have a firm opinion is that we don’t need Mick Mulvaney to tell people not to watch television,” he added with reference to the statements of the White House interim cabinet chief. “We don’t need the president to say that this is alarmism.”

Dr. Anthony Fauci, director of the National Institute of Allergy and Infectious Diseases, told Politico in a Friday interview that Americans should expect the outbreak to worsen.

“I don’t think we’re going to get out of this completely unscathed,” he said. “I think this is going to be one of those things that we will remember and say:” My mother, that was serious. “

Fauci also said he would be true to the truth in his public pronouncements, even when President Donald Trump sought to minimize the impact of the virus.

“One should never destroy one’s credibility. And it is not convenient to go to war with a president, ”Fauci told Politico. “But you have to achieve the subtle balance of making sure you keep telling the truth.”
Washington The New York Times and Clarín 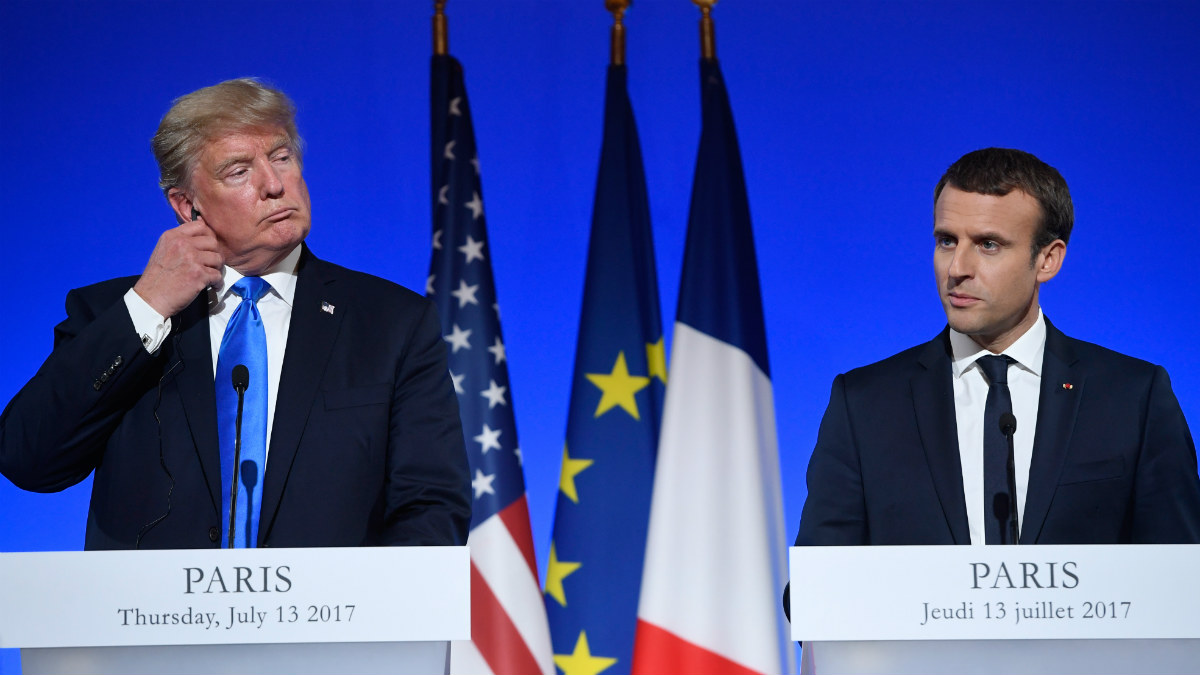 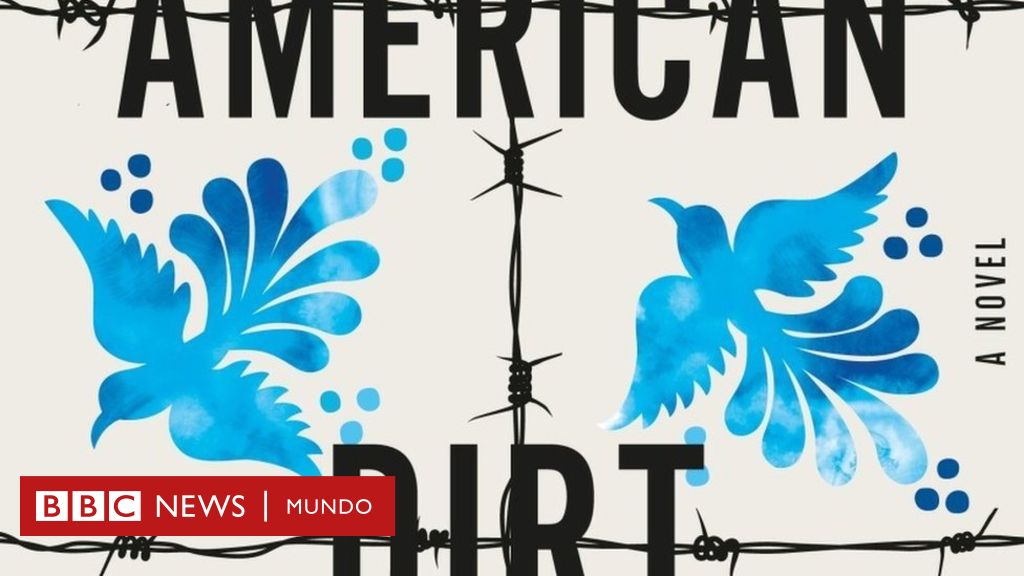 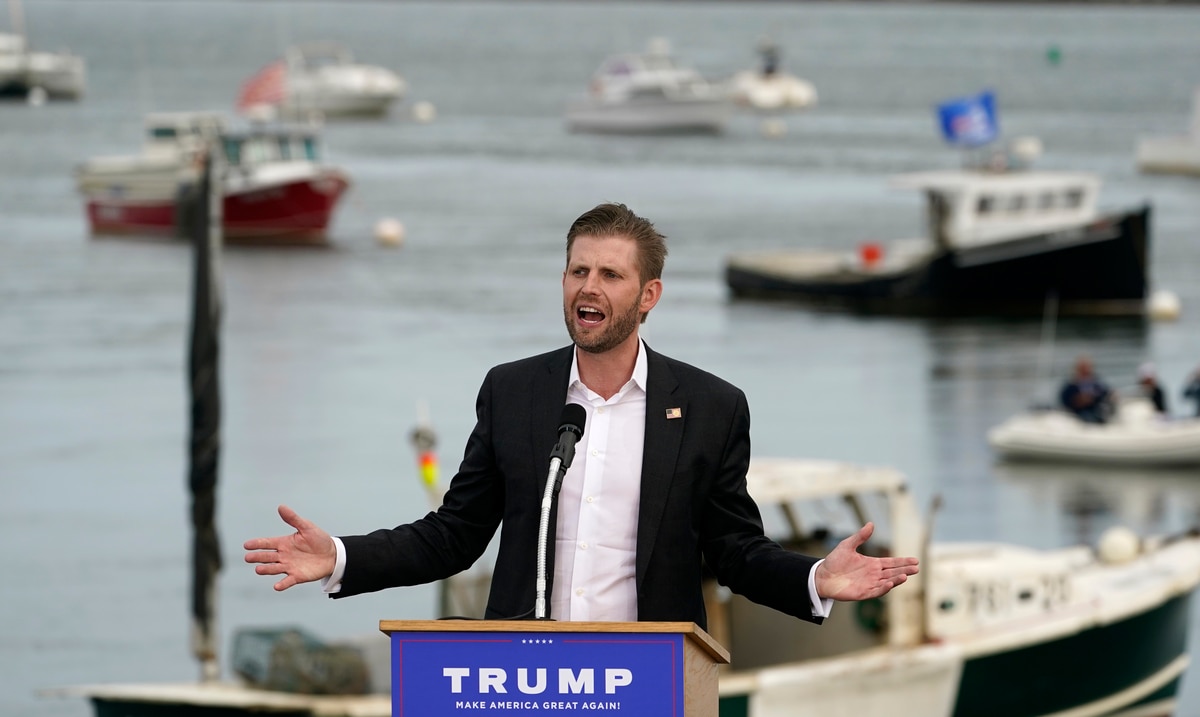