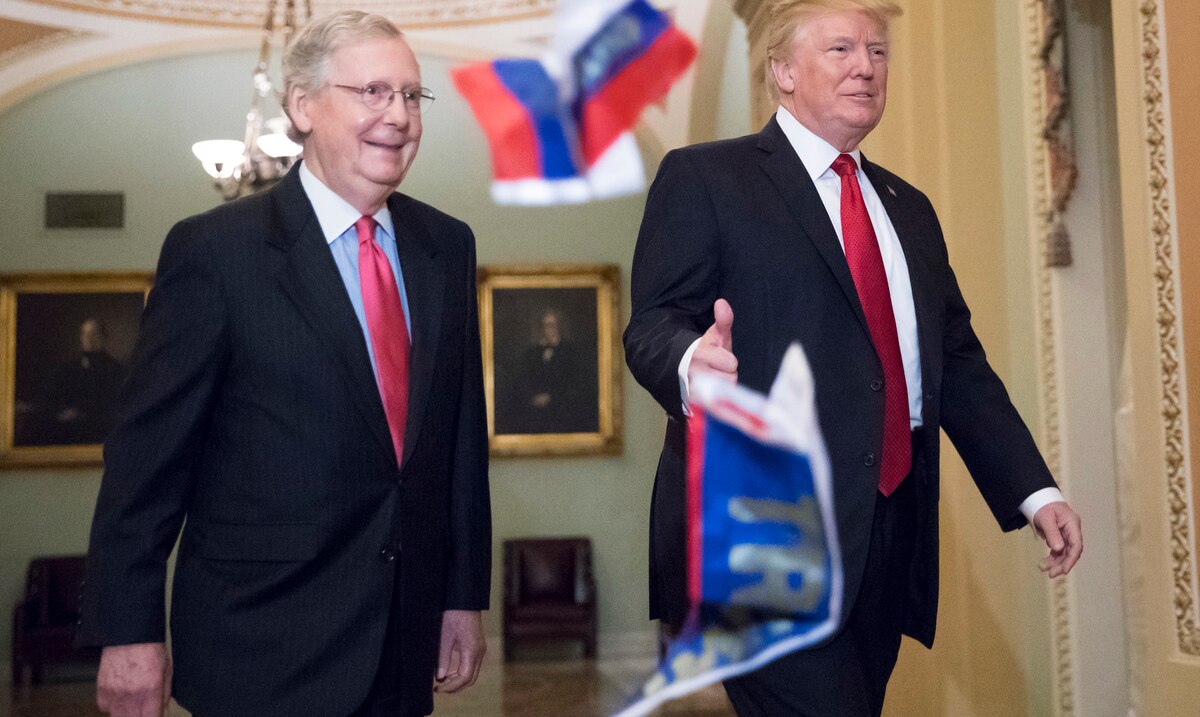 Washington – The outgoing president of the United States, Donald Trump, attacked the Republican leadership of Congress on Tuesday, calling it “weak” and “tired”, alluding to the head of the conservative majority in the Senate, Mitch McConnell, for not supporting him in the measures he has been championing in recent days.

Unless Republicans have a death wish, and it is also the right thing to do, they must approve the $ 2000 payments ASAP. $ 600 IS NOT ENOUGH! Also, get rid of Section 230 – Don’t let Big Tech steal our Country, and don’t let the Democrats steal the Presidential Election. Get tough! https://t.co/GMotstu7OI

Underlying this struggle is a struggle to show their influence in the party, with Trump’s departure from the White House in sight on January 20.

In several tweets, the outgoing president reproached this Tuesday without citing McConnell for not supporting him in the increase in stimulus checks and his veto of the law with the annual defense budget.

“WE NEED A NEW AND STRONG REPUBLICAN LEADERSHIP. This can’t take it, ”Trump wrote on Twitter from his golf club in Mar-a-Lago, Florida, where he spends the Christmas festivities.

A break that began with the recognition of Joe Biden

Trump’s break with Republican officials in Congress began two weeks ago when McConnell admitted the victory of Democrat Joe Biden in the presidential election on November 3, which the outgoing president has not yet done.

In one of his tweets, Trump complained that “the weak and tired Republican leadership will allow a bad Defense Act to pass. Say goodbye to the crucial completion of Section 230, its National Monuments, Forts (names!) And Treasures (presented by Elizabeth ‘Pocahontas’ Warren), 5G, as our great soldiers are retracted and brought home from foreign lands that it does NOTHING for us ”.

…. being removed and brought home from foreign lands who do NOTHING for us. A disgraceful act of cowardice and total submission by weak people to Big Tech. Negotiate a better Bill, or get better leaders, NOW! Senate should not approve NDAA until fixed !!!

“An unfortunate act of cowardice and total submission of weak people to Big Tech,” he continued, “Negotiate a better Law, or get better leaders, NOW! The Senate should not pass the NDAA (the Defense Act) until it is fixed !!! ”.

Last week the president vetoed the bill with the annual defense budget of about $ 741,000 million, although on Monday the House of Representatives took a first step to override that veto and the Senate will vote tomorrow on this matter.

“Today the Senate will set a final vote for tomorrow, Wednesday, for this chamber to follow the matter. Soon this important legislation will be passed into law, “said McConnell, who urged his colleagues on the bench to endorse the defense legislation, which would be the first time that Congress overrides a presidential veto during Trump’s term.

Among other points, the president criticizes that the project restricts his ability to withdraw US troops from Germany, South Korea and Afghanistan, as he had promised, in addition to a provision to change the name of a dozen military bases named in honor of the leaders of the Southern Confederacy in the Civil War (1861-1865), who are considered racist symbols of the legacy of slavery.

The president also does not see favorably that the legislation includes a clause to end the so-called “Section 230”, which protects internet giants such as Twitter and Facebook from any legal consequences for what third parties publish on their websites.

Blocking the increase of direct checks

During the Senate session, McConnell made another slight to Trump on Tuesday by blocking the consideration of a proposal to increase direct deposits to citizens from $ 600 to $ 2,000 contemplated in the $ 900,000 million economic stimulus package, thus contradicting the president.

In his speech, McConnell recalled that the outgoing president on Sunday signed the bailout, approved last week by both houses of Congress, which included direct transfers of $ 600 to taxpayers in a more vulnerable situation.

During the bailout negotiations, Republicans had rejected a higher amount, believing that the budget deficit would skyrocket. On Monday, the Democratic-controlled House of Representatives gave its approval to that rise with the backing of lawmakers from both parties.

Today McConnell did not clarify what will happen with that proposal; He only limited himself to noting that this week the Senate “will begin the process to focus” on three priorities of the president: stimulus checks, the reassessment of special legal protections for technology and investigations into an alleged electoral fraud, alleged by Trump without offering evidence.

After McConnell finalized, the leader of the Democratic minority in the Senate, Charles Schumer, requested in the session that an increase in the amount of stimulus checks be considered and that it be voted, to which the Republican objected without comment.

More and more conservatives have joined the calls for an increase in the amount of direct deposits to be approved, including senators for Georgia, David Perdue and Kelly Loeffler, who are risking their re-election on January 5 in a special vote in this state, in which the majority that will govern the national Senate will be decided. 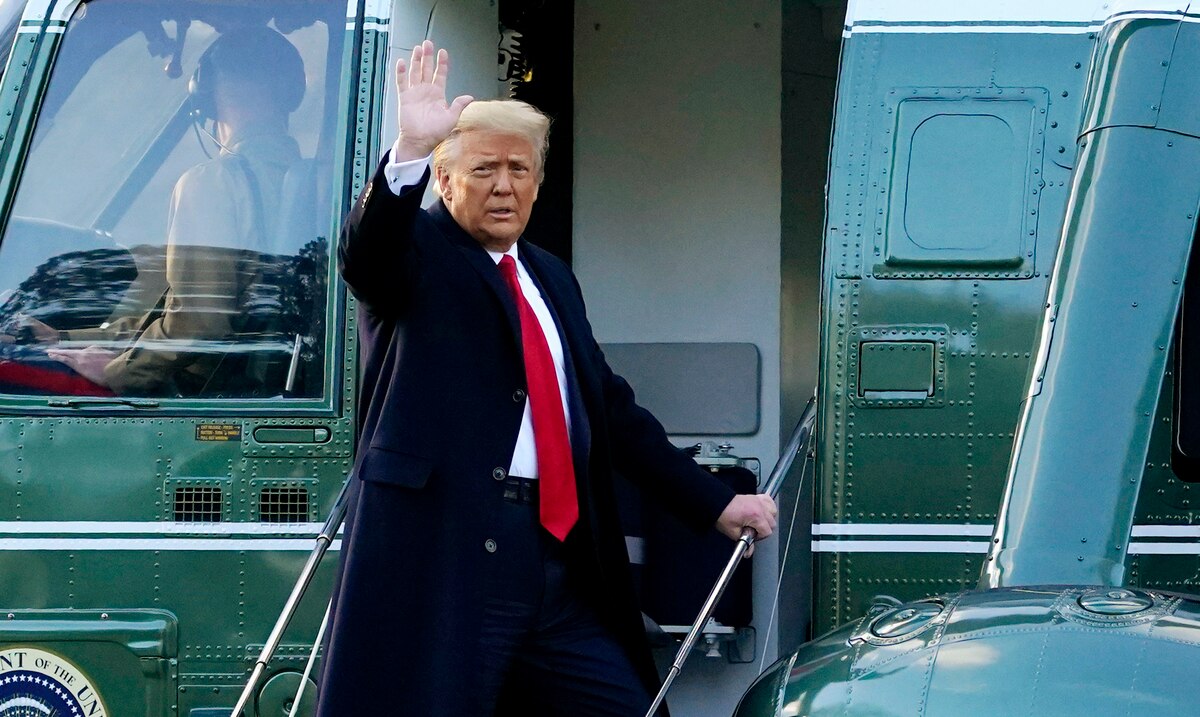 Outside The White House, Trump Still Holds The Reins Of The Republican Party And Makes Those Who Oppose Pay 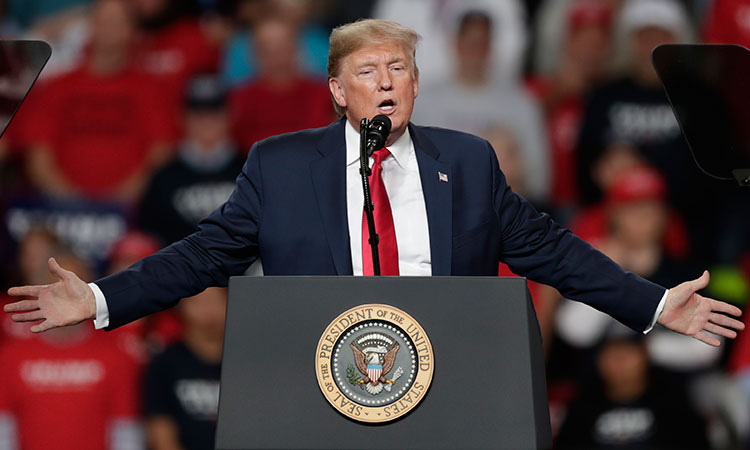