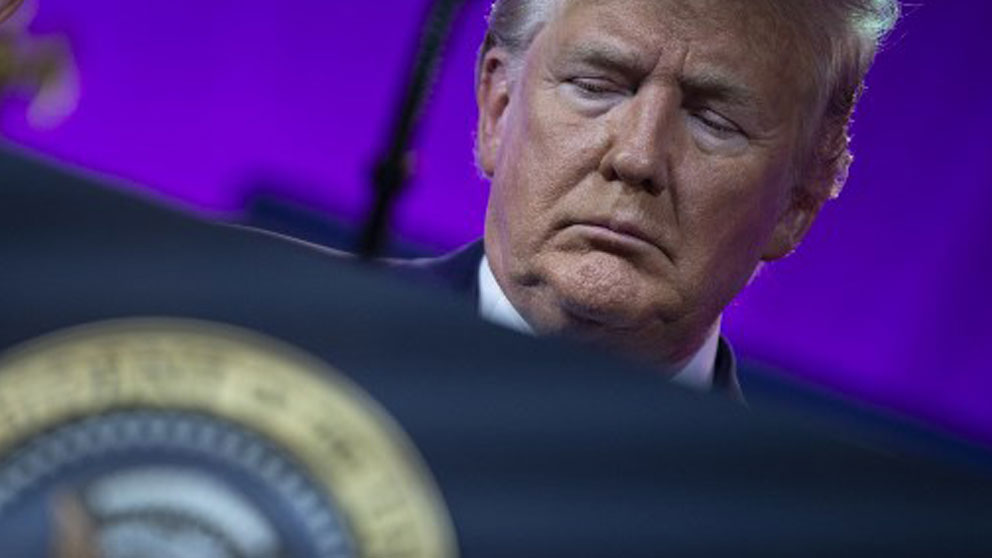 US President Donald Trump has announced the return to dialogue with the Taliban, almost three months after the negotiations suddenly broke out at Camp David. This has occurred within the framework of a surprise visit by the US president to Afghanistan on the occasion of Thanksgiving.

However, as analyst Michael Crowley of The New York Times has warned, "the scope and prospects of any renewed negotiations remain unclear," because "White House officials gave few details beyond the sudden revelation of Trump. "

Along these lines, for most of the leaders and diplomats of the American giant, as this publication explains, "peace talks are the only responsible way forward, although it will be a difficult and long road." "More recently, the options under consideration seem to be talking or losing, that is, withdrawing unilaterally," said former special envoy for Afghanistan, James Dobbins.

This trip is the first one made by the president to the Asian country and the second war zone to which he travels – after Iraq – since he came to power in January 2017. Therefore, this represents the magnitude of the pressure that is being exerted from the North American giant to reach a definitive peace agreement in the Asian country, which has become a real powder magazine since the War on Terror launched in 2001.

It should be remembered, at this point, that on October 3, the special US envoy for Afghanistan, Zalmay Khalilzad, already paved the way for the announcement that Donald Trump has made with a trip to Islamabad, the capital of Pakistan, where He met with a delegation of Taliban officers for the first time since the dialogue was suspended on September 8. In addition, according to Pakistani sources, Khalilzad held another "informal meeting" with Taliban political representatives on November 7 in Qatar, with the aim of "exploring ways to resume the peace process." The October visit happened to another starring Defense Secretary and Pentagon Chief Mark T. Esper, and the House of Representatives president, Nancy Pelosi.

All these trips have always pursued the same objective: to bring the positions between the president of the country, Ashraf Ghani, and the Taliban dome, through the roll of diplomatic efforts. However, for the two opposing factions, there is an immovable condition: the withdrawal of US troops from the territory. This was collected in the Ghani roadmap filtered and published by the local media on October 27: “Once the Taliban have guarantees that the foreign troops, which they claim to be the problem, will leave, the team of inclusive negotiations of 15 previously built members will participate in negotiations with the Taliban, ”you could read in the presidential document. On the American side, this requirement seems insurmountable, since the Secretary of Defense has already assured that they can reduce their presence in the country “up to 8,600 troops”, but that, in no case, they contemplate the total exit of their troops, since this it could lead to the conquest of the country by the Taliban and "another September 11," as the foreign policy presidential adviser Lindsey Graham has already warned.

However, it should be noted that, during a meeting between the two presidents of two years ago in New York, on the occasion of the celebration of the 2017 United Nations General Assembly, Ghani praised the trumpian decision to increase the US presence in Afghanistan, with the extra shipment of 3,900 more soldiers, which would add to the 8,400 already deployed. Now, the Afghan president's speech is radically opposite.

Therefore, it seems that the next steps that have been taken are, on the one hand, the start of direct talks between the two presidents – Trump and Ghani-, and, on the other hand, the return to dialogue with the Taliban, with the in order to pressure both parties to abandon their condition.

Thus, during the surprise visit, the two leaders met at the Bagram Air Base. “Both parties stressed that, if the Taliban are sincere in their commitment to reach a peace agreement, they must accept a ceasefire. We also emphasize that in order for there to be peace, terrorist refugees outside Afghanistan must be dismantled, ”Ghani posted on his Twitter account at the end of the meeting. The cessation of hostilities jumped through the air when a Taliban attack in Kabul, the capital, killed an American soldier, which also caused the breakdown of the dialogue in September: “If they cannot accept a ceasefire during these very important peace talks … then they probably don't have the power to negotiate a meaningful deal anyway, ”Trump wrote on his Twitter profile. Since then, hostilities have intensified, above all, in the context of the presidential election election campaign, held on September 28. The Taliban redoubled their attacks in areas near rallies and continued their attacks on the civilian population.

It should be noted that, to this conflict for pacification, China is also contributing, which has specific geostrategic interests in the region based on the ‘Belt and Road’ (BRI) initiative. The Asian superpower recently announced that Beijing was going to host a meeting between an Afghan presidential entourage and a Taliban delegation headed by the group's leader, Mullah Abdul Ghani Baradar. Although no specific date has been known, the local press suggests that it will be held in early December. This implies that the two main powers of the globe are focusing their efforts on achieving a definitive peace, which will undoubtedly contribute to pave the way. Thus, a joint action could be decisive.