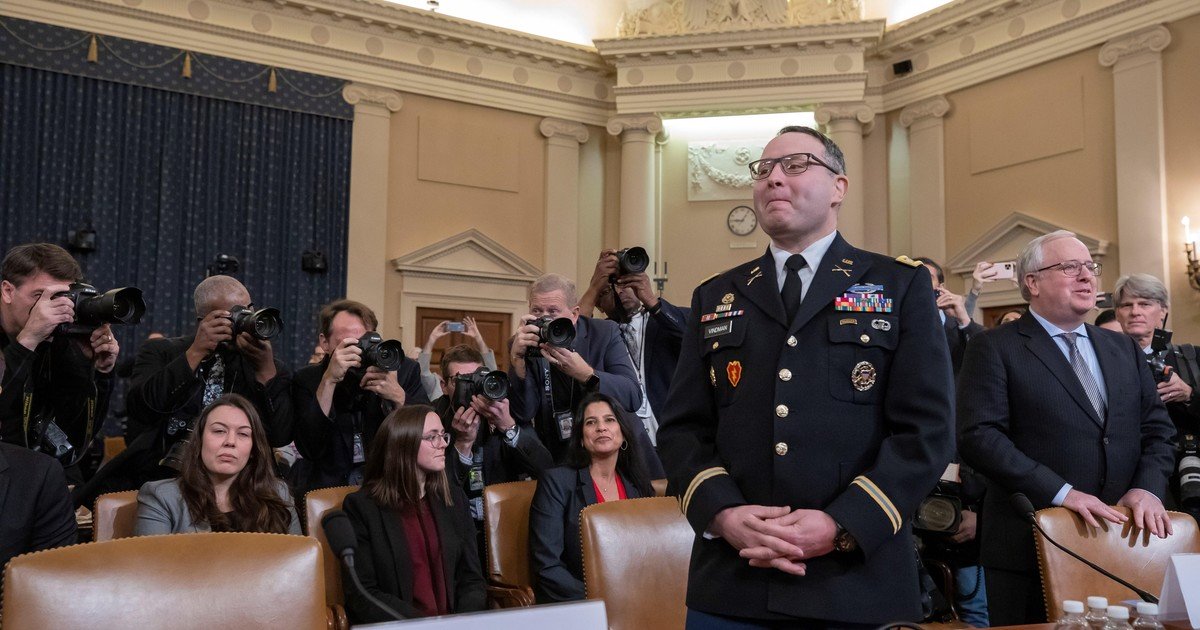 The man sat with his gala uniform and his chest covered with medals, including the "purple heart" for his heroism in the war in Iraq. When a congressman called him Mister Vindman, the soldier stopped him in his tracks: "He is a lieutenant colonel Vindman," he warned, highlighting his rank that, by the way, sought to avoid the legislator.

In a tense atmosphere, the military veteran on Tuesday gave his testimony at the third public hearing before the Intelligence Committee of the House of Representatives that investigates President Donald Trump for a possible impeachment. He wanted to make it clear that he declared "by sense of duty" and that he continued to serve the country.

Army Lt. Col. Alexander Vindman, a National Security Council official and Jennifer Williams, part of the advisory team of Vice President Mike Pence, testified about President Trump's famous call to his Ukrainian colleague Volodimyr Zelensky on July 25, in which the American would have asked "a favor" in exchange for unlocking a game of aid to that country for 400 million dollars. Today's testimonies complicate the president more, who counterattacked with tweets denouncing a "fraud" and a "coup" to get him out of power.

Is that for the first time testimony was given by the people who were present in that call, in which Trump asked the Ukrainian to investigate the alleged business in Ukraine of the son of his rival in the election campaign, the pre-candidate Joe Biden.

Democrats seek to determine whether Trump "extorted" or wanted to "co-imitate" the Ukrainian to personally benefit in the election campaign, something that would be subject to political trial.

"What I heard was inappropriate," Vindman told the panel. The officer, who arrived from Ukraine with his family when he was 3 years old, said he was grateful to live in a country where he can make complaints against the government, something that is not allowed in other parts of the world. He said he spoke for "the sense of duty" and that the allegations had "important national security implications" for the country. Republicans sought in several ways to highlight the Ukrainian origin of the witness to sow doubts about his loyalty to the United States.

For his part, Williams, a career officer in the State Department who has worked for three presidents, was very specific about that presidential communication. "That July 25 call seemed unusual because, unlike other presidential calls I have heard, it involved a discussion about what appeared to be an internal policy issue."

Williams said that from a dozen presidential calls he had heard in his career, it was different. Vindman testified that the content of the communication had nothing to do with the guidance given to the president. "I had no doubt that I had to report this," Vindman said. "It was inappropriate, it was inappropriate for the president to demand an investigation into his political adversary."

In the afternoon, two other officials declared that, in the opposite direction, they sought to point out that nothing abnormal had happened in that call. This is the case of Tim Morrison, a national security adviser considered a "tough" man for his political positions and loyal to President Trump. Kurt Volver also declared, a former special envoy in Ukraine who said he should have realized Trump's true motives behind his requests for an investigation into the Burisma company, where Biden's son worked.

These hearings will decide in the coming weeks if the lower house asks the president for impeachment, which must be "judged" by the Senate. Actually, Trump's impeachment is unlikely today because in the upper house Republicans have a large majority. But the televised parade of these witnesses can have an impact on the presidential campaign next year, although it is not clear how much it can affect the president.

Democrats seek to paint the president as a corrupt who cannot be reelected. Republicans believe that Americans, especially in the interior of the country, will be terrified to see legislators engaged in this process instead of passing laws on important issues for citizens such as health, education or taxes. And that will benefit them in Trump's re-election.

Public hearings continue on Wednesday with the key testimony of the ambassador to the EU Gordon Sondland, who had a leading role in "parallel" diplomacy denounced by the Democrats. 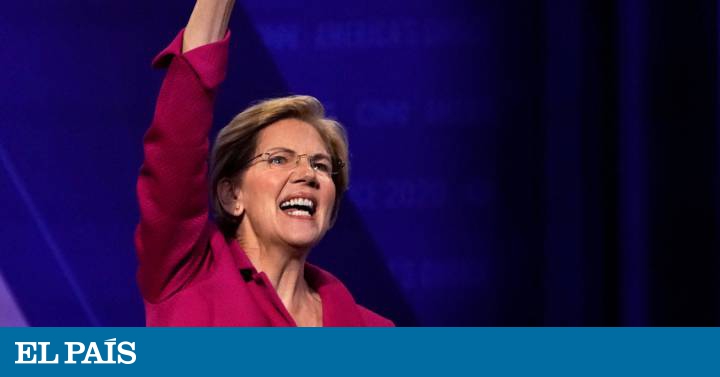 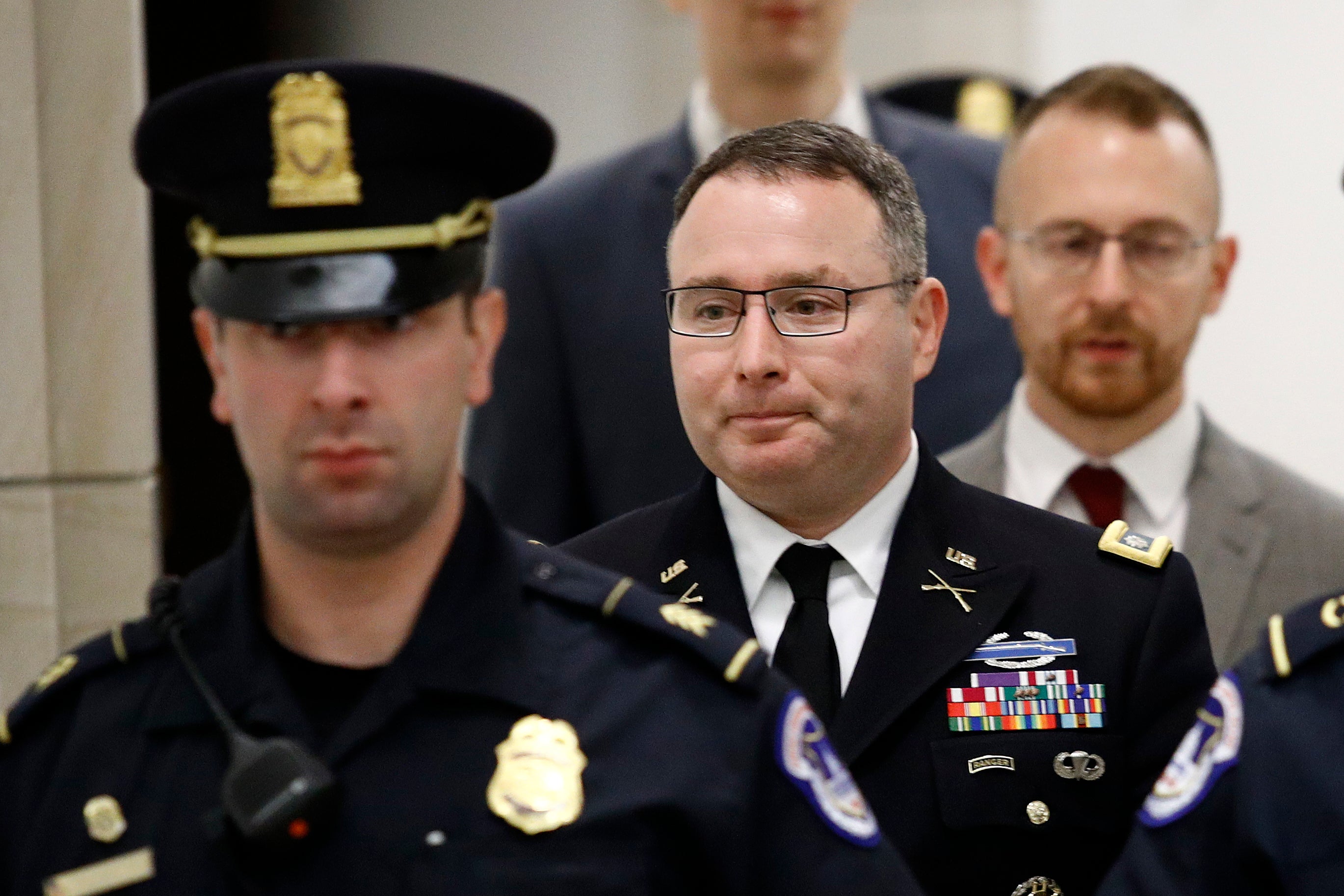 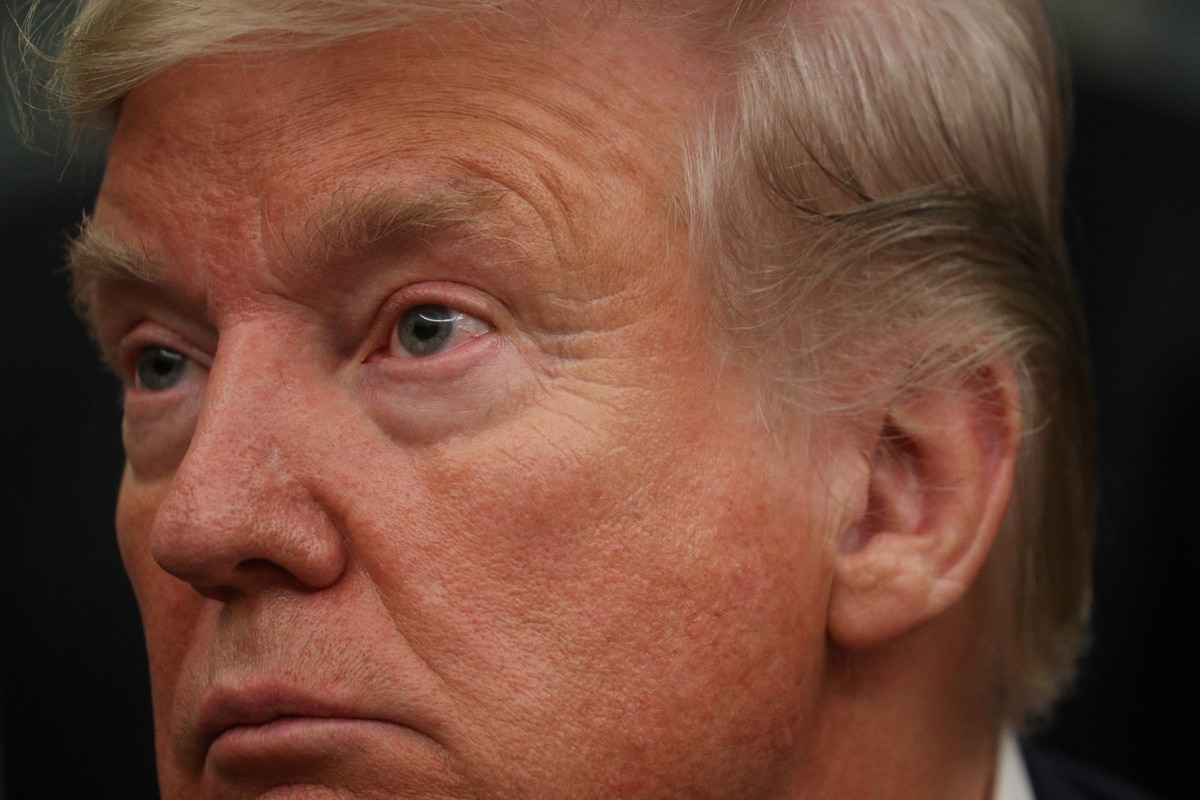