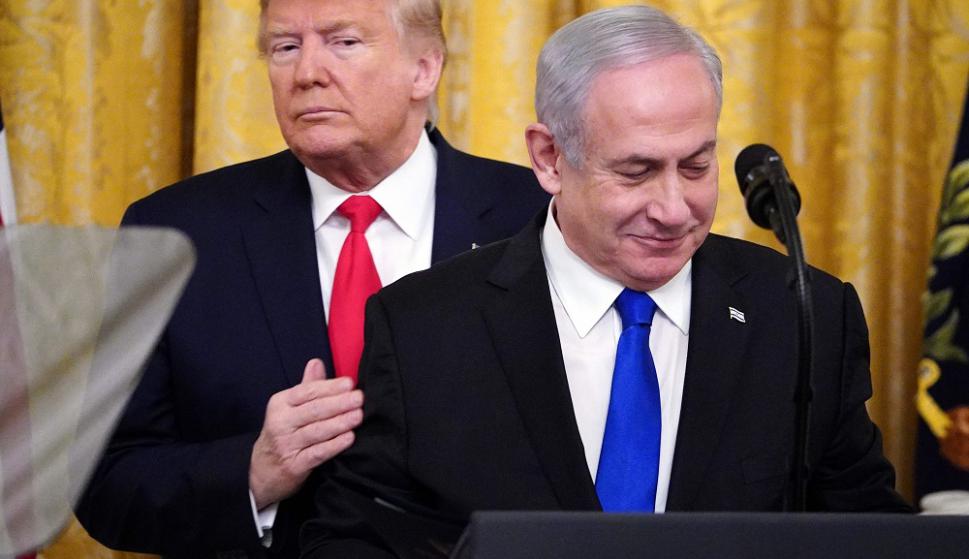 The president of the United States, Donald Trump, proposed Tuesday the creation of a Palestinian state with capital in East Jerusalem, in an attempt to achieve peace after decades of conflict with Israel.

The plan, announced by Trump at the White House, believes that the United States recognizes Israeli settlements in the occupied West Bank.

In return, Israel would agree to accept a brake on the new settlements for four years, while negotiating the conditions of the Palestinian state, officials said.

Calling his proposal a "historic opportunity" for Palestinians to achieve an independent state, Trump added: "This could be the last chance they will have."

"The Palestinians are in poverty and violence, exploited by those who seek to use them as pawns to promote terrorism and extremism," he said.

"They deserve a much better life," Trump said.

"Yesterday (Monday), Prime Minister Netanyahu informed me that he is willing to support the vision as a basis for direct negotiations, and, (the opposition leader, Benny Gantz) also supported."

The talks between Israelis and Palestinians were interrupted in 2014 and it is not at all clear that Trump's plan revives them.

US officials said they are prepared for the initial skepticism of the Palestinians, but hope they will eventually agree to negotiate.

The plan covers about 80 pages, 50 of which constitute the political plan announced on Tuesday and 30 a proposal of US $ 50,000 million for the economic recovery of Palestine, Jordan and Egypt, which had been announced in July.

Trump has backed a proposed map for the two states, officials said. The Palestinian state would be twice the size of what the Palestinians currently control and would be connected by roads, bridges and tunnels, an official said.

Abbas and Haniye talk about how to "confront" Trump's peace plan

Palestinian President Mahmoud Abbas on Tuesday held an unusual telephone conversation with Ismail Haniyeh, head of the Hamas Islamist movement that governs the Gaza enclave, to "confront" the peace plan announced by the president of the United States.

Abbas communicated with Haniye shortly before the presentation of the proposal, and defended that "unity is the cornerstone to confront and overthrow the agreement that aims to eliminate the legitimate rights" of the Palestinians.

Along the same lines, Haniye appealed to "unity" as an "essential factor at this stage" and said that the Islamist movement is ready to work politically, referring to the internal division it maintains with Abás’s nationalist party, Fatah, , which rules in the West Bank.

The leaders of all Palestinian factions, including Hamas, have met in Ramallah, the seat of the Palestinian Government, while the plan in Washington was presented to define a common response.