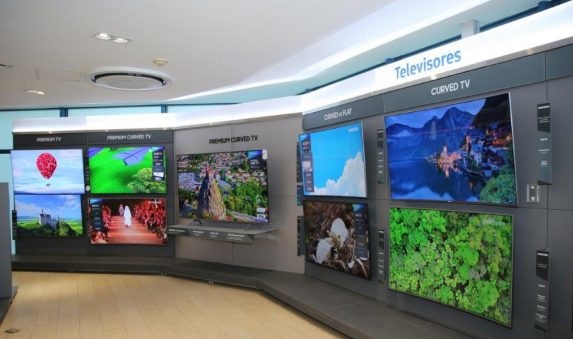 The official Cuban press has paid unusual attention to the inauguration on Monday of the new stores for sale in convertible currency, in which the Government figures its hopes for raising scarce currencies due to the crisis of sectors such as tourism and the "missions medical. "

Several press reports emphasized the enlistment of the first 13 commercial premises that will be inaugurated for these purposes (12 in Havana and one in Santiago de Cuba) and whose new assortment includes appliances, parts and pieces of cars and other merchandise.

The previous week, the Metropolitan, Popular Savings and Credit and Commerce banks accelerated attention to people interested in opening deposit accounts in US dollars, which will function as a backup for the issuance of magnetic cards, the only means of payment admitted to those new type shops in Cuba.

According to Metropolitan Bank officials, around 10,000 people opened those accounts during the first week of operations. However, only 13% of them made cash deposits.

Since account holders do not need to deposit a minimum balance and the exchange rate that applies to authorized freely convertible currencies will be based on the US dollar (applying a 10% lien established in Resolution 80 of October 23, 2004), it is logical that most Cubans want to wait for the stores to open before deciding to invest in them.

The currencies in which deposits can be made or received in theory are, in addition to US dollars, euros, pounds sterling, Canadian dollars, Swiss francs, Mexican pesos, Danish crowns, Norwegian crowns, Swedish crowns and Japanese yen.

According to the officials in charge of the stores, among the first appliances that will be for sale there are split air conditioners, freezer, large format televisions, high-end refrigerators and capacity, automatic washing machines, ovens, sandwich makers, microwaves, electric motorcycles, batteries, tires and accessories, motorcycle units and combustion engines.

As Amilkar Odelín Ante, commercial director of Tiendas Caribe, told Cubadebate, the goods have a guarantee of supply, "for which the chain is making great efforts. We will begin with a reduced assortment, which will gradually increase," he said.

He said that the markets will have a differentiated distribution channel, "which will guarantee a more stable replenishment of these points of sale and will take into account the orders made by the stores, avoiding unnecessary overcrowding."

For the execution of the after-sales guarantees, "the workshops have a trained staff and a level of spare parts for the repair of the products that need it. The service can be performed in the workshops of any of the provinces, although not It was where the good was acquired, "he warned.

Each store will have a record in which "customer dissatisfactions can be planted, as well as the requests for the equipment they need and at that time there is no existence, which will allow the customer to be contacted" when available.

"All of our appliance dealers are qualified for the sale of these products and during the course of this week a training was carried out for those who will work in this network of stores in Havana and Santiago de Cuba, with the aim of providing them with more information that allows them to provide a service of excellence and to clarify doubts of our customers, "he said.

You can also make purchases through the so-called Virtual Stores from abroad. "Today we have a total of ten throughout the country, and it will begin with the 3rd and 70 in Havana," he said.

The Government, affected by the lack of liquidity, will also allow people to receive remittances from abroad on their magnetic cards enabled to purchase products in these new stores.

Since announcing the opening of these establishments, the Cuban Government has assured that it expects with them to obtain income that will allow it to strengthen the national industry and replenish the market, by capturing the currency that goes abroad, an issue that has been refuted by experts in economy.

Among them, Pedro Monreal wrote on Twitter that "it is not clear that, by itself, the currency captured by the new channel would be enough to revive the industry."

When asked if "is there another alternative to channel remittances to the national industry?" He believed that "the creation of private SMEs (small and medium enterprises) seems to be a more effective option, because a much higher percentage of remittances could be converted directly into investment and supplies, without making a commercial 'carambola'."

This coincided with the Doctor of International Economy and Development Mauricio de Miranda, who warned that the measures are summarized in that, "not happy to have a market segmented by the use of two national currencies (the Cuban peso, CUP, and the convertible peso , CUC), will open a new third segment, in which products of a 'medium and high range' (…) will be sold in freely convertible currencies (MLC). "

The analysis of the Cuban specialist, published in his blog, warns that "adopting concentrated measures in the sphere of circulation continues to expand the necessary reforms that should lead to the generation of wealth, the increase in production, the promotion of exports and import substitution with quality and efficiency. "

He also assures that, "despite the insistence that they are measures aimed at benefiting the population, it is worth asking how the population can access a market where it is only sold in MLC if their wages are paid in CUP (pesos)".

"It seems that the Cuban government prefers to continue betting on unilateral transfers of resources from abroad and not to the creation of national wealth through the productive work of society. That scheme strengthens the image of a rentier society, while the country what you need is to restore the culture of productive work, with the necessary incentives to build well-being, "he said.