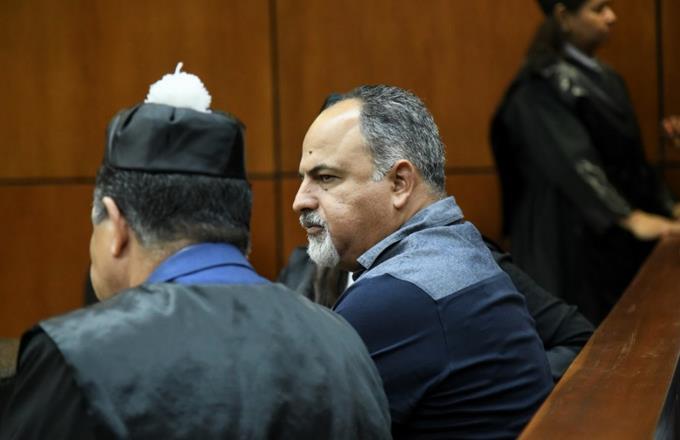 The Dominican government delivered this afternoon in extradition to the Dominican Sergio Gómez Díaz, linked to the drug trafficking and money laundering network allegedly directed by César Emilio Peralta, "César el Abusador", who had voluntarily accepted his delivery to the United States.

Gómez Díaz was transferred to the United States on flight 901 of the Delta Airlines airline as extradited, accused of having pending matters with the judicial authorities of the United States.

The Fourth Collegiate Court of the National District decided to accept the withdrawal of the accusation of drug trafficking and money laundering that the prosecution had filed against Sergio Gómez Díaz, which accelerated the process of sending to the United States.

Sergio Gómez Díaz said repeatedly that it had nothing to do with the drug trafficking and money laundering network, headed by "César el Abusador".

The prisoner kept a prison in a cell of the National Directorate of Drug Control DNCD and from there he was transferred by members of the DNCD to the Las Americas International Airport, José Francisco Peña Gómez, for his extradition to the United States.

In October 2012, Sergio René Gómez Díaz was also linked to a drug trafficking network trapped in the country.

Gómez Díaz is a former convict who was deported from the United States after serving time there allegedly for drug trafficking.