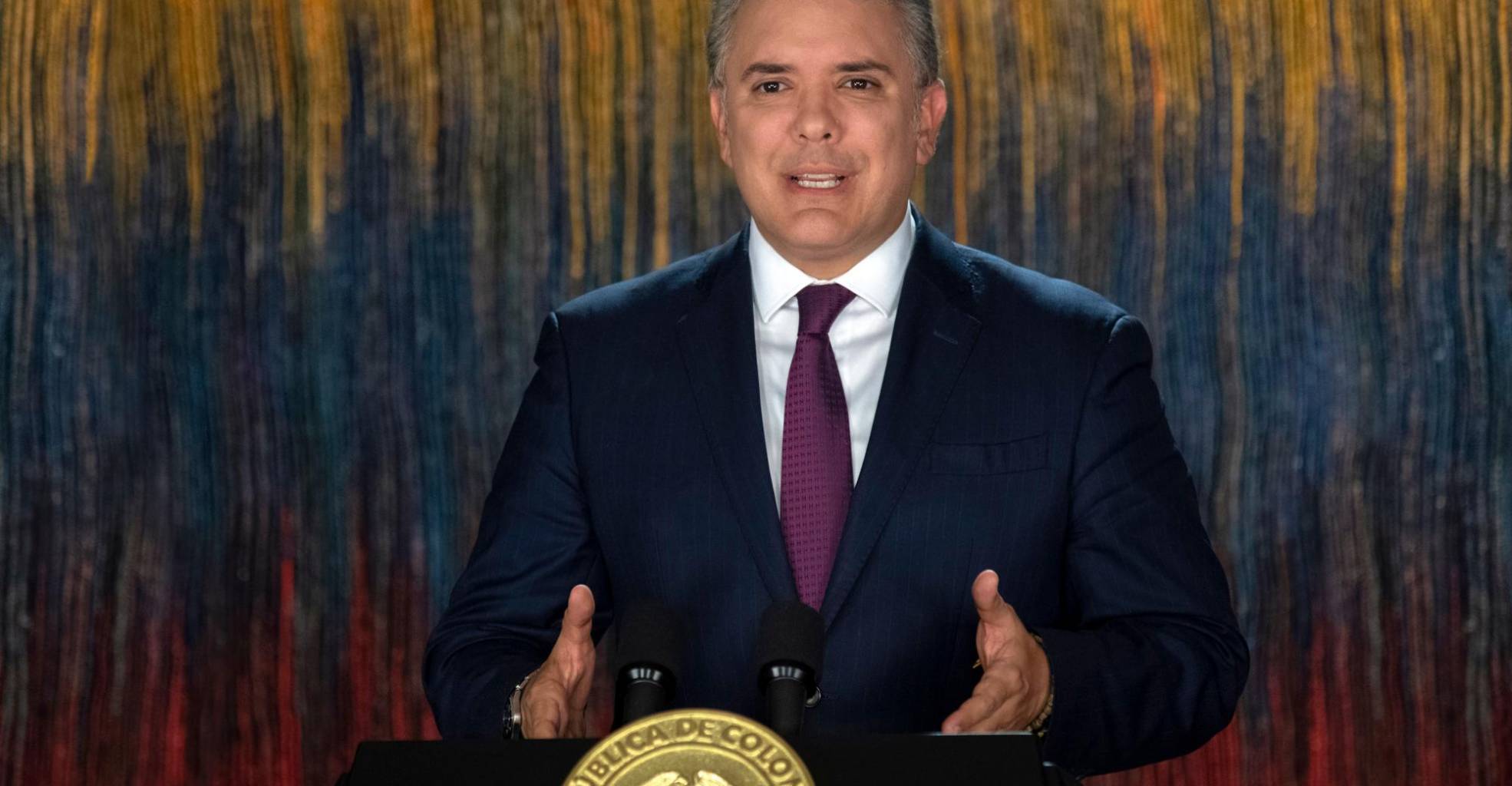 The Colombian president, Iván Duque, summoned a meeting that will take place on Tuesday to the workers' centrals that organized the protests against their economic and social policy that on Monday entered their fifth day.

'Tomorrow the president will meet with the representatives of the national strike at a first meeting. Then other sectors will also meet to express any other concerns they have about the change they want Colombia to make, ”Labor Minister Alicia Arango told reporters.

The official said that this meeting will be "the beginning of the great" national conversation "announced by Duke last Friday, when Vandals took advantage of the demonstrations against his government to cause disorders in populous neighborhoods in the south of Bogotá.

"We have had dialogue with many sectors for a long time, but we want to hear from the National Unemployment Committee tomorrow," said Arango.

The call to the 'national conversation' made by Duke on Friday surprised as it included mayors and governors elected last October and who have not yet assumed their positions, as well as businessmen and other representatives of civil society, but not worker centrals that promoted the first day of protests.

After the massive mobilizations on Thursday across the country, the protest of the unions led to a social movement that has been manifesting in the streets, day and night, for five days, with music and cacerolazos against the Government of Duque.

Since the protests began, three people have died in the cities of Buenaventura and Candelaria, in the department of Valle del Cauca (southwest), and dozens have been injured, including 341 police officers.

The most serious case is that of the 18-year-old student Dilan Cruz, who was seriously injured in the head on Saturday in downtown Bogotá when he was hit by a stunning bomb fired by the Police Riot Squadron (Esmad).

The young man was admitted urgently to the San Ignacio hospital in Bogotá, where doctors said today that "it worsened in the last hours and entered an irreversible critical state."