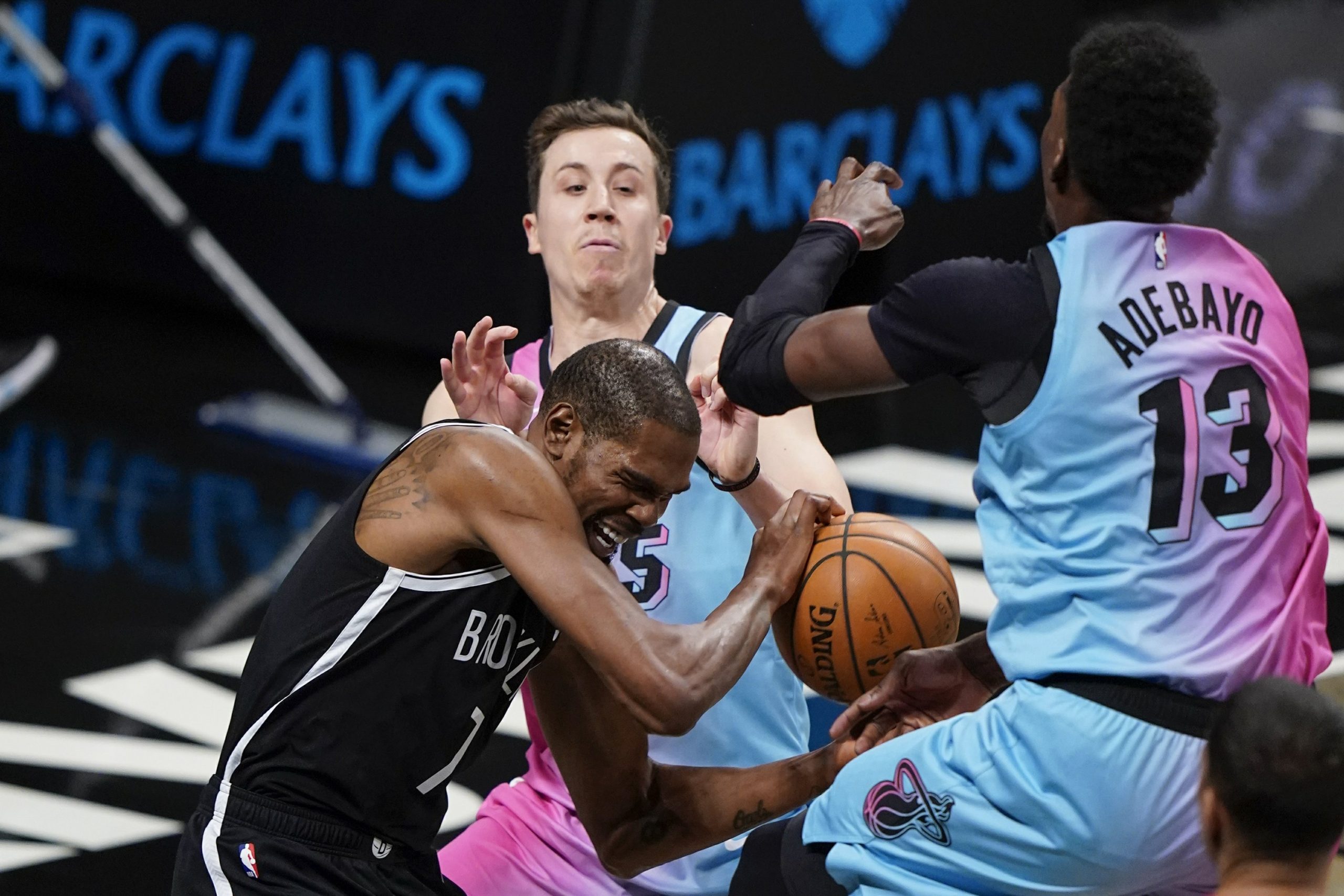 Kevin Durant scored 31 points, while Kyrie Irving added 28 and defined the game in which the Nets beat the Miami Heat 128-124 on Saturday.

The Nets won despite the fact that Adebayo achieved a career-best record of 41 points.

James Harden finished with 12 points, 11 assists and seven rebounds for the Nets, who won for the first time with their three stars together on the floor. Brooklyn had lost back-to-back duels with poor defensive performances at Cleveland, barely holding back a decimated Heat that was limited to 81 points the night before.

“It’s not every day that you have seen such a collection of players together in NBA history, so we want to take full advantage of this,” Irving said.

Irving rescued the Nets, with 12 points in the final 5:48 minutes, after the Heat came close to erasing an 18-point deficit.

Joe Harris added 23 points, hitting seven 3s for Brooklyn. But the Nets required 18 points from Irving in the fourth quarter to win a game they had under control.

“Those three guys are too talented, dribbling, shooting and seeing teammates unmarked. That’s why they’re one of the top three in this business, ”said Heat coach Erik Spoelstra. “And there are shots that only great players can get.”

Goran Dragic had 19 points, while Kendrick Nunn and Duncan Robinson had 18 apiece for the Heat, who continue to lack Jimmy Butler and Tyler Herro.

“I would have liked to get the victory. Forty points mean nothing unless you win. It’s like that, ”Adebayo said.