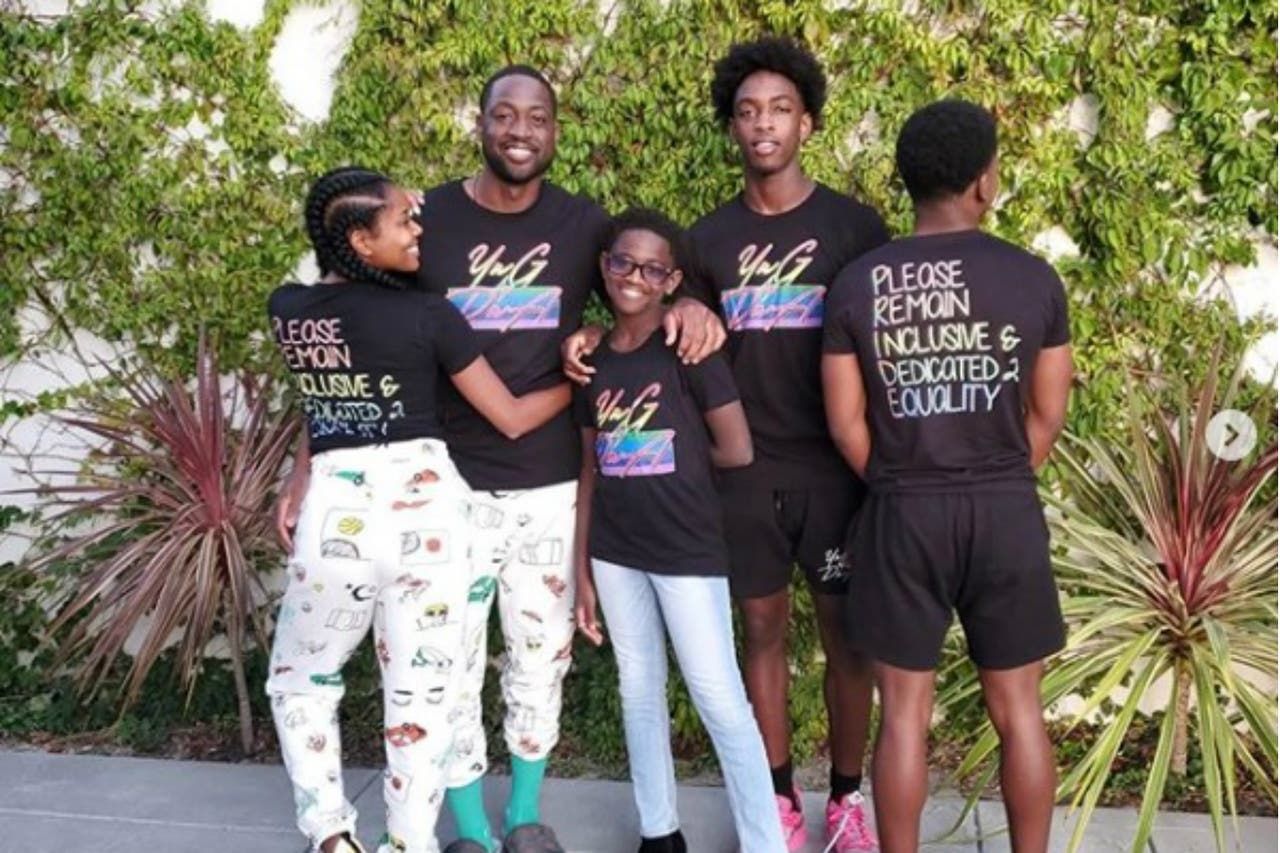 Dwyane Wade, a former basketball player and three-time NBA champion, opened his heart and told about the process in which his daughter Zaya identified herself as a transgender person. At birth, his parents had called him Zion. During the interview with Ellen DeGeneres on The Ellen Show, Wade said: “My wife, Gabrielle Union, and I, are parents of a child of the LGBT community and are proud of it. . We take our roles as parents and our responsibilities very seriously. “Zaya, who is now 12 years old, came home one day, asked her parents that she wanted to talk to them and told them she was ready to face the truth, then from that moment he asked them to refer to her as she said that he wanted to be called Zaya. The former Miami Heat player, Chicago Bulls and Cleveland Cavaliers, 38, added that when his children go with him and his wife with doubts, with problems, or anything else, “it is our job as parents to provide them with the information they need and that does not have to change because their sexuality is involved.” Both Gabrielle and Dwyane sought to know more about the subject in order to give you Ner greater knowledge about the LGBT community. During the month of December 2019 Wade declared that he has worked to reformulate his position towards that community. Who was the NBA champion in three seasons with Miami Heat, mentioned that his wife contacted the cast of “Pose”, a series of FX on LGBT African American and Latino dancers from New York City. They seek to give Zaya the best opportunities. It should be noted that he had already mentioned that his now daughter was part of the LGBT community, but at the time he had not given details about it. The former basketball star said: “I had seen my son from the first day become what that she has finally become. ” He also emphasized that he is very proud of Zaya’s leadership in his community and among his brothers, Kaavia James, one year old; Xavier Zechariah, 6, and Blessing Dwayne, 18, meanwhile, Ellen DeGeneres said parents should follow the same path as the former player, who is to love their children unconditionally and support him. Gabrielle Union published Tuesday in his Twitter account a video in which you look at Zaya and Dwayne Wade, in a golf cart and accompanied him with the following message: “Meet Zaya. She is compassionate, loving, intelligent. We are proud of her. It’s okay to listen, love and respect their children exactly as they are “, and in a second publication on the same social network, he thanked his family and friends who provided him with information and support. Zaya also participated in his mother’s post and commented:” What is the point of being on this earth if you are trying to be someone you are not? It is as if you were not even living like yourself, which is the dumbest concept for me. Be honest, and I really do not care what the form ‘this reotypical ‘of being you “.