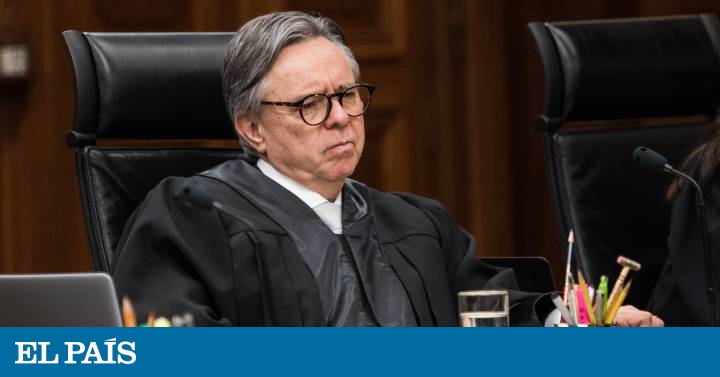 Eduardo Medina Mora, one of the 11 ministers of the Supreme Court of Justice of Mexico, has submitted his resignation to the constitutional court this Thursday without giving reasons. The president, Andrés Manuel López Obrador, has accepted the resignation and has communicated it to the Senate, which must elect a substitute. Minister Medina Mora was still ahead of 11 of the 15 years for which he was elected by the upper house in March 2015. Former President Enrique Peña Nieto proposed the then Mexican ambassador to the United States to join the Court amid several criticism that accused Peña Nieto was sending an unconditional to court. The resignation has taken the Mexican political world by surprise because it is unusual for a togado to leave the top of the judiciary.

The accusations against Medina Mora have accumulated in the ten months of the Administration of Andrés Manuel López Obrador. On June 5, it was learned that the minister had received, between 2016 and 2018, about thirty suspicious deposits in his bank accounts. These amounted to 2.3 million pounds transferred from Mexico to the United Kingdom, where Medina Mora was ambassador between 2009 and 2013. The document also assured that the Treasury Department registered similar movements for 2.1 million dollars in the same period, when Medina Mora already occupied A seat in court. The leak estimated that the lawyer had received a total of 102 million pesos in his accounts, 5.1 million dollars.

The director of the FIU, Santiago Nieto, said a day after the revelation investigating these accusations. "In case there are indications of an illegal activity, once the information of national and international headquarters is analyzed, we will proceed accordingly," the official wrote On twitter, who added that the government's policy is "zero tolerance for corruption."

The minister refuted the information almost two weeks later. In a letter addressed to his companions in the Court and dated June 18, Medina Mora accused the publication of informative manipulation. The togado affirmed that the amounts quoted were false. "12 of the 32 detailed operations were expressed in dollars or pounds sterling, when the truth is that they were all carried out from my HSBC Mexico account in Mexican pesos," he wrote. Medina Mora justified that the amounts did correspond to his income as a constitutional judge, one of the highest paid public office in the country.

The Constitution states that the resignations of the Ministers of the Supreme Court "will only proceed for serious reasons." López Obrador has accepted Medina Mora's separation from office tonight and has sent it to the Senate, which must approve it. The process will not find obstacles thanks to the majority that has its party, the National Regeneration Movement (Morena). The Senate must study a new list that will be sent by the Executive. The replacement of Medina Mora will be the third minister voted by Morena in 10 months of government, deepening the transformation of the judiciary.

Medina Mora was a fundamental piece for Mexican diplomacy because he was in charge of the embassy in Washington, the highest profile for Mexico. Before that, he added a long list of positions in the governments of the PRI and the PAN. During the term of Felipe Calderón (2006-2012), of the PAN, he was appointed attorney general. From the Attorney General's Office he led the war against drug cartels launched by Calderón, which led to an increase in homicides in several regions of the country. Before that, he was Secretary of Public Security and, during the Vicente Fox Government (2000-2006), he was director of the spy center.

His arrival at the Court was very questioned after passing through the prosecutor's office, where he had printed a stamp of legality to the war on drug trafficking, which left a good number of judicial abuses. Medina Mora arrived in 2015 to the Supreme Court supported by the PRI, the PAN and the Green Party. The diplomat preferred to extend his stay at the embassy in Washington, but he was convinced by Peña Nieto, his personal friend, to go to court and serve a period until 2030. Today he leaves the Court in a movement that has caused stupor for not registering since 1994, when the full of the Constitutional was reduced from 26 to 11 ministers.