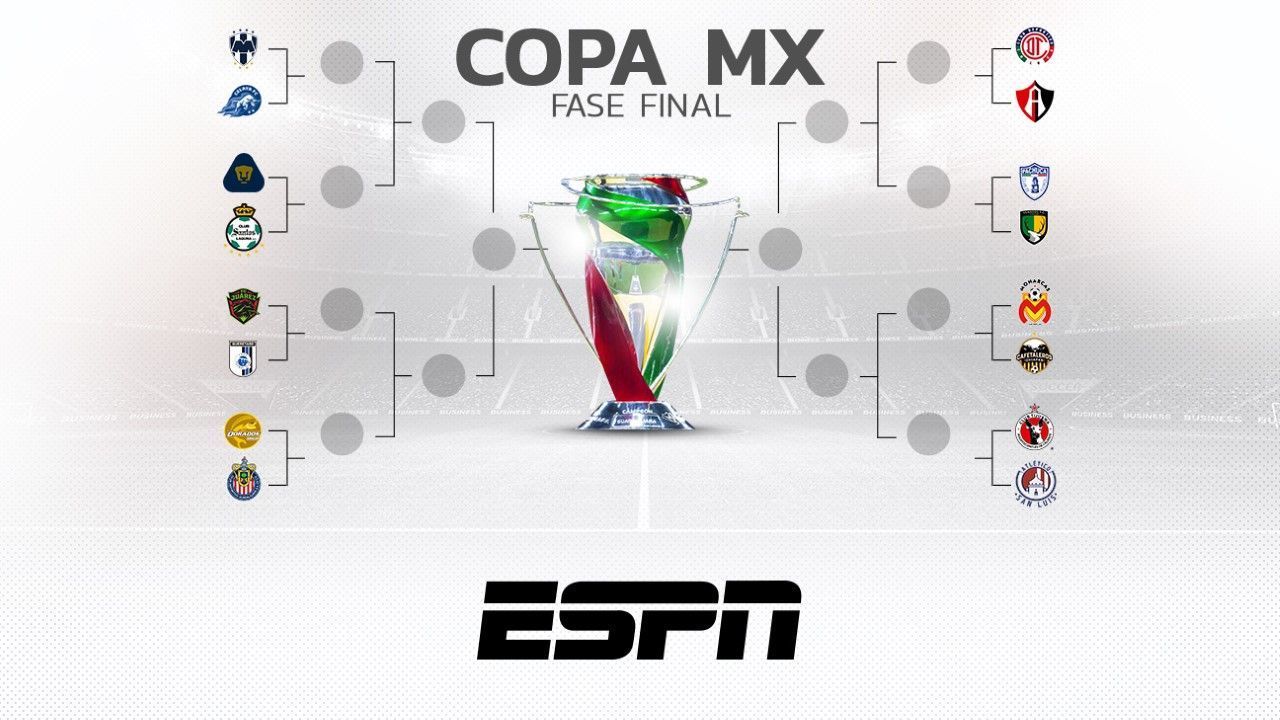 Chivas, twelfth classified in the 2019-20 MX Cup, will face Dorados in the Eighth Finals, while Monterrey, leader of the First Phase, will face Celaya, who slipped as sixteenth step after beating 1 to 0 a Necaxa during this Wednesday.

The rival in the quarterfinals of the competition copera for the 'Pandilla' and the Guanajuato club will leave the duel between Pumas, eighth ranked, and Santos Laguna, who finished ninth.

Meanwhile, rojiblancos and the Great Fish will measure the winner of the series between FC Juárez and Querétaro.

For their part, Toluca and Atlas will fight for a ticket to the next round, as well as Pachuca and Venados de Mérida.

In the last of the keys, Morelia will face Cafetaleros, while Tijuana will face Atlético San Luis.

The first round of the qualifying round will be on January 21 and 22, while the return duels will be played on the 28 and 29 of the same month.