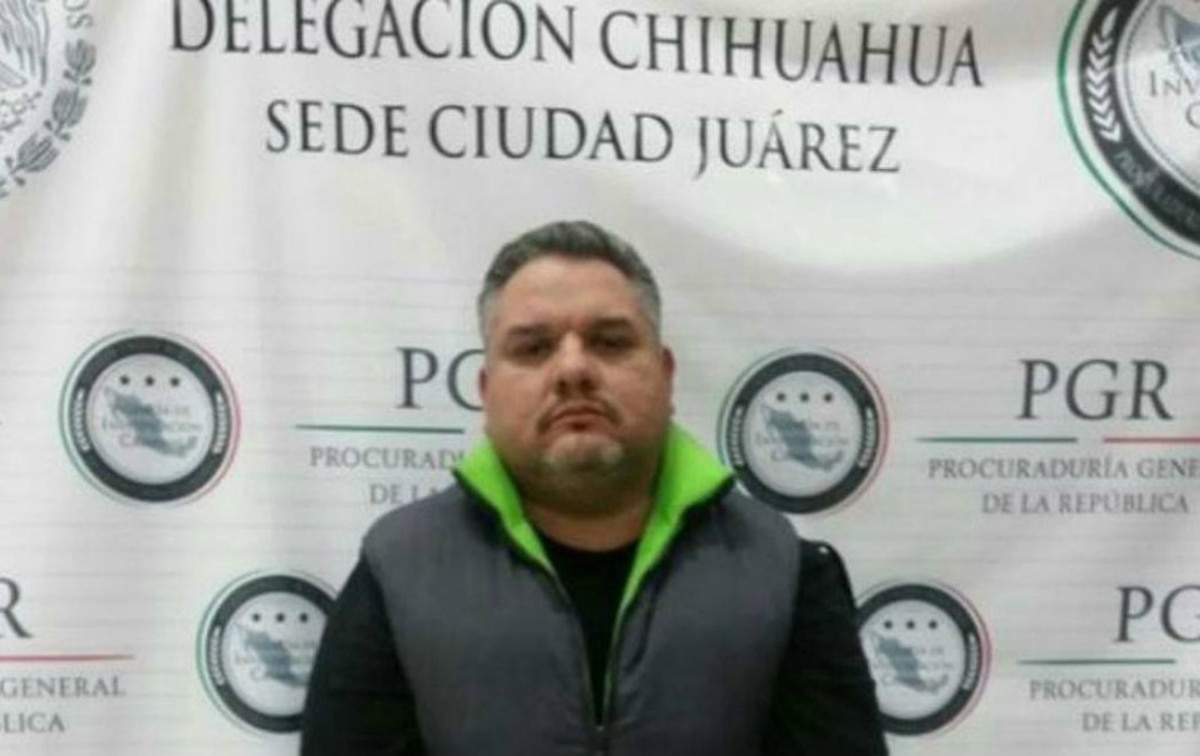 Arellano Romero is also noted as one of the main operators of Joaquín "El Chapo" Guzmán Loera and Ismael "El Mayo" Zambada, current leader of the criminal organization.

According to the investigations, in the Sinaloa cartel he was in charge of coordinating the importation and distribution of large quantities of cocaine and marijuana from the Ciudad Juárez border in Mexico to El Paso Texas, United States, in addition to dealing with firearms and coordinate with the criminal cell the money laundering of the profits obtained from their criminal activity.

The extradition was given in compliance with the treaty on the matter signed between Mexico and the United States. It is required by a Federal Court of Texas for its probable responsibility in the commission of crimes of criminal association, organized crime, health, money laundering and possession of weapons.

Once the stages of the procedure were exhausted, the Ministry of Foreign Affairs (SRE) issued the corresponding agreement, through which the Mexican government granted the extradition of Arellano Romero.

The agreement was firm and enforceable when the legal remedies to which the extraditable was entitled were exhausted. The delivery was made at the International Airport of the City of Toluca, State of Mexico, to U.S. agents. Marshals Service designated for final transfer to the neighboring northern country.

The US Department of Justice report indicates that it will face charges before a court in the Western District of Texas, according to the Univision chain.

According to the report Luis Arellano Romero was indicted in the US for various criminal charges in April 2012, along with “Chapo” Guzmán, the “Mayo” Zambada, José Antonio Torres Marrufo, also known as “Jaguar”, and 20 other people who were carrying out operations for the Sinaloa cartel.

The accusation, to which Univision had access, cites that the "Bichy" was the bodyguard of the "Jaguar" Torres Marrufo, and had participated in numerous murders and kidnappings as part of his gang of assassins.

If convicted, Arellano Romero could receive a life sentence.

The former founder of the Sinaloa cartel is serving his sentence at ADX Florence prison in Colorado, known as the toughest in the United States and where a prisoner has never escaped.

Four of Guzmán Loera's children, Iván Archivaldo, Ovidio and Joaquín are also wanted by US authorities.

On October 17, State forces in Culiacán, Sinaloa, located Ovidio Guzmán, but faced with the violent reaction of the cartel that managed to paralyze the entire city with more than 200 hit men in the streets and using weapons capable of firing up to 500 shots per minute, the federal government decided not to take any criminal action against him.