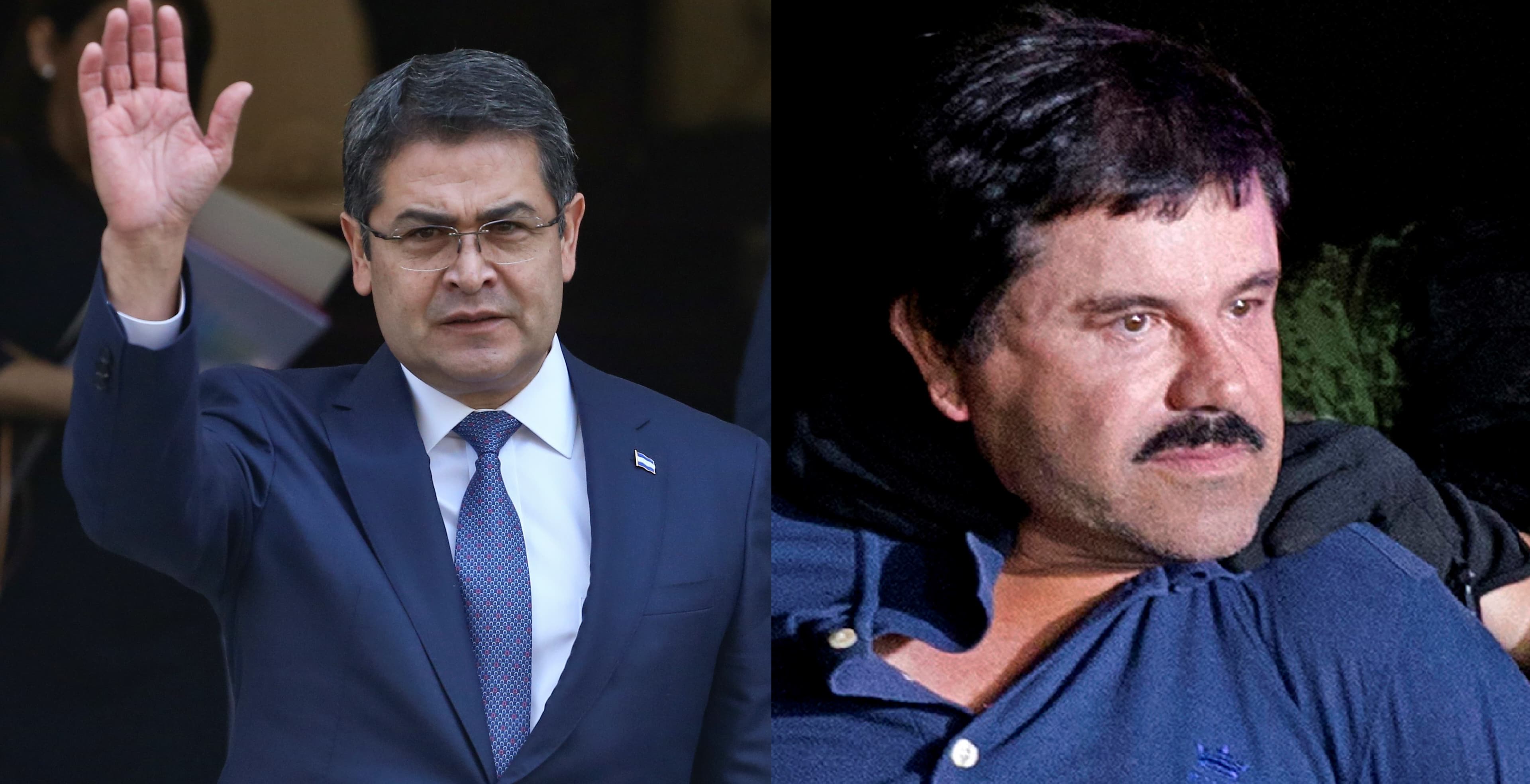 The revelations in a New York court in a drug trafficking case have deepened the political crisis that Honduras is going through, after the brother of the president of that nation was accused of receiving a million dollars from Joaquín 'El Chapo' Guzmán, then leader of the Sinaloa cartel, to give them to the president, has reported the news agency The Associated Press.

Prosecutors said Wednesday at the Manhattan court that Tony Hernández, brother of the Honduran president, Juan Orlando Hernández, received the money from the Mexican capo, now imprisoned in a US jail, in exchange for offering protection.

Prosecutor Jason Richman said Orlando Hernández received bribes from traffickers, although he has not specified who.

"The defendant (Tony) was protected and had access to his brother, the current president of Honduras, a man who has received millions of dollars in bribes with drug money," Richman said.

The prosecutor added that "El Chapo" and the Sinaloa cartel paid the million dollars to obtain protection and "stay in the drug business."

Prosecutors described Tony Hernández as a "violent drug dealer of epic proportions" who dedicated himself to making thousands of dollars by trafficking "massive" amounts of narcotics. His lawyers, however, told the jury that no evidence will be seen against his client throughout the trial.

The prosecutor did not specify when the alleged payment of ‘El Chapo’ occurred. The Mexican was recently sentenced to life imprisonment and is imprisoned in a maximum security prison in Florence, Colorado.

Relatives of Tony Hernández who were present in the room did not want to comment with journalists about the matter.

Tony Hernandez is also accused of carrying weapons and lying to the American authorities.

“For a long time these bribes worked. The defendant and his conspirators were very successful, ”prosecutor Richman said. He also said that Tony Hernández was confident that he would never suffer repercussions because his brother was the president of the country.

The legal process has provoked demonstrations in Honduras against President Hernández, whom prosecutors accused in August of receiving $ 1.5 million from drugs for the campaign that led him to the presidency in 2013. It is unclear whether the assumption million of 'El Chapo' is different from the million and a half mentioned in August.

In early August, the prosecutor's office in the southern district of New York accused the Honduran president of working with his brother and Honduran former president Porfirio Lobo (2010-2014) “to take advantage of drug trafficking in order to consolidate power and control in Honduras” .

In a 49-page document, the prosecution said the president and his predecessor "depended on drug money" to finance political campaigns, according to The Associated Press.

The document highlighted that the Honduran government basically functions as a narco state because the president and previous presidents have received campaign contributions from cocaine traffickers in exchange for protection.

The president defended himself against the accusations by saying that they are false and that they are a reprisal to the policy promoted by his government to combat organized crime and drug trafficking. Among other measures, he highlighted the extradition law, the act of money laundering and police clearance.

Richman told the jury that during the trial details will be given about two murders in which Tony Hernandez would have been involved: the first, the murder of a trafficker who was blocking a drug route to the border with Guatemala and the second, that of An alleged partner who had been arrested and feared he would talk too much with the authorities, the Associated Press reported.