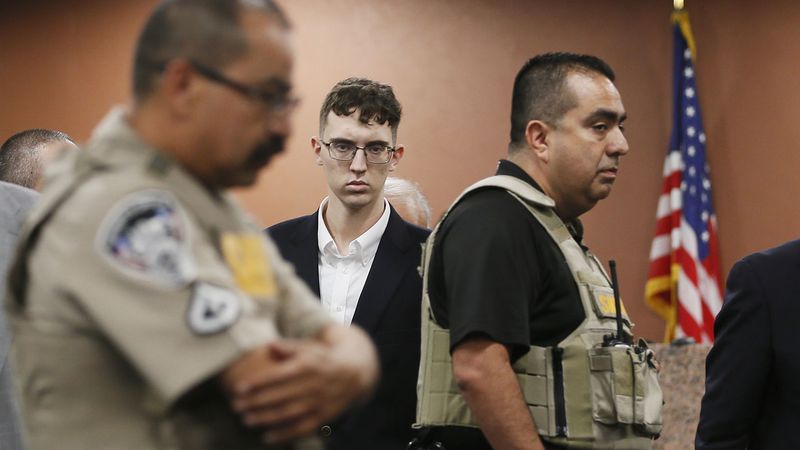 The attacker of the shooting at the Walmart in El Paso, where 22 people were killed and 25 others were injured, pleaded not guilty Thursday at a court hearing that lasted no more than three minutes before district judge Sam Medrano.

The massacre of which he is accused occurred in the store on August 3 when he entered firing an AK-47 rifle. That day, police said after his arrest, Patrick Crusius confessed his responsibility in the shooting and said his intention was to kill as many Mexicans as he could. It has been considered the seventh shooting that has killed the most dead in the modern history of the United States.

The 21-year-old entered the Ceremonial Hall of El Paso County shortly after 4:00 pm in a dark suit, with no major gesture on his face and escorted by police officers. Inside, more than 80 members of the public were waiting for him to enter, according to local media reports. He refused to listen to the charges against him before settling his position.

The door of the place, just the one that the visitors had to go through to the audience, bears a pendant that reads “El Paso strong” (El Paso is strong). And in that same spirit they claim to be some members of that community.

In photos: Consternation in El Paso after one of the deadliest shootings in the country’s recent history
SEARCH FOR MORE