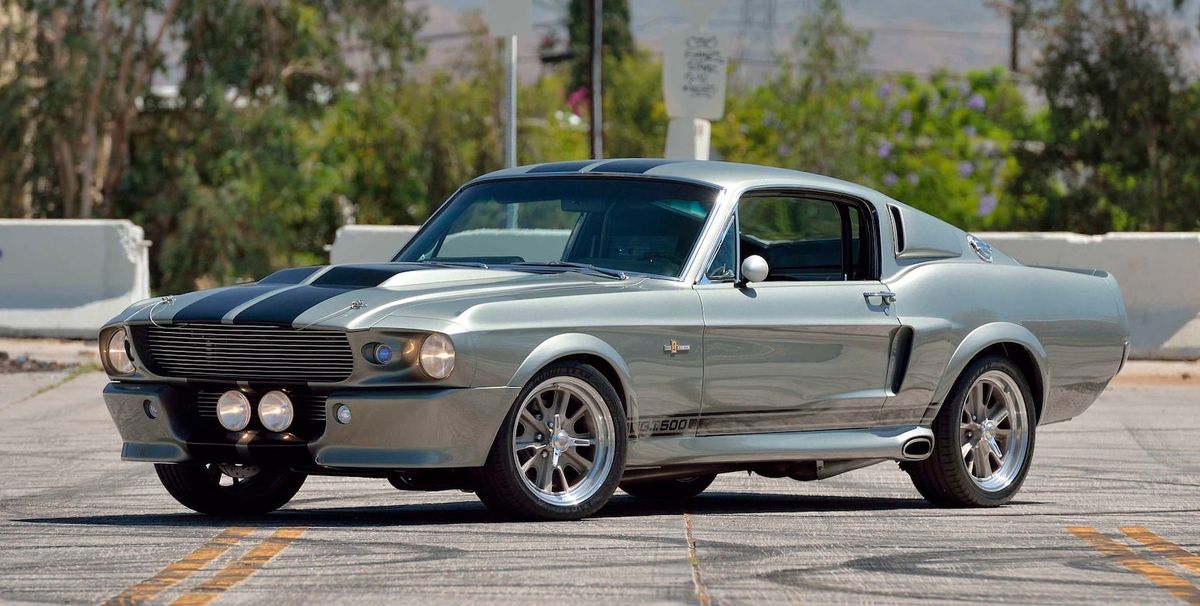 For the character that Nicolas Cage embodied in '60 seconds' was the almost mythological creature that he needed to capture. For a good part of the spectators, a car that over time has become one of the most remembered in the history of the cinema, accompanying at a distance perhaps not very far from its famous relative of the mythical Bullit movie. This is 'Eleanor', the Mustang that was created for the movie of robberies and cars of 2000, specifically one of the several models that were created for the shooting. And now Mecum will take it up for sale at its Kissimmee auction in January.

One of the units with more prominence

It is not the first time that one of these 'Eleanor' goes on sale, in fact 11 units were created for the film, one of them was sold at the beginning of the year for just over 300,000 euros, and there are as many aftershocks that are They have created since then. However, here we are perhaps one of the most interesting. Known as "Dream Car" was the unit used for a series of indoor and outdoor sequences, including chase scenes across the harbor, the city and the Los Angeles River, according to Mecum in his description.

The origin of the model may not be as well known as its unique appearance. The first sketches came from the hand of Steve Stanford while the final touch of the design was put by the famous designer Chip Foose. Cinema Vehicle Services was responsible for its construction based on a 1967 Ford Mustang and bringing a makeover close to that of a Shelby GT500 of the time. To this was finally added unique details such as its auxiliary headlights, its custom tires or its famous Pepper Gray Metallic color.

Armed to the teeth

Inside, there are also some extra secrets such as that switch to activate the nitrous located between the two seats, which by the way is totally real and offers 100 extra hp, in a driving position where it also highlights its steering wheel with the hoop of wood, its gearshift or aluminum pedals.

The final touch is given by a 5.8 liter V8 engine, associated with a five-speed manual gearbox, which has received certain improvements such as aluminum heads, an Edelbrock Performer intake system or its striking side exhaust outlets signed by Magnaflow . There is also a suspension of Total Control Products, Wilwood brakes and a power steering system.

With all this the best thing is that, as can be seen in the images, the car looks flawless, and that is that the Cinema Vehicle Services itself has recently completed a complete restoration, and since then the car has barely traveled 145 km. With all this you can expect a very interesting final price, although Mecum has not yet given any estimate.