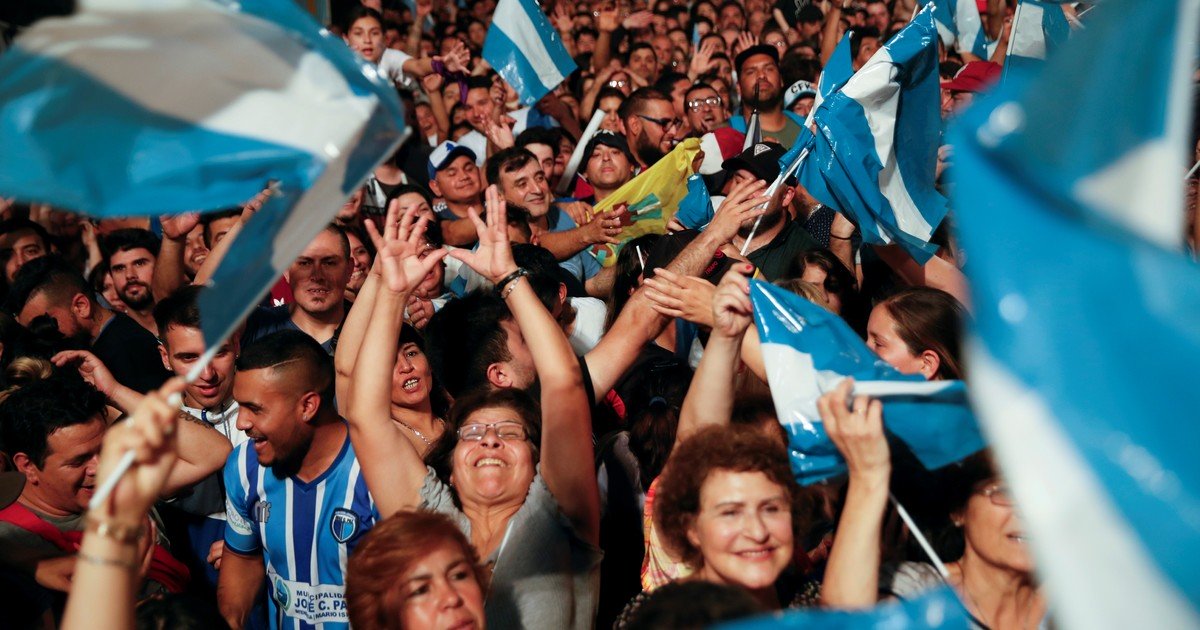 All news channels reported the same thing: "Macri acknowledged defeat." Those who were in the bunker of the Frente De Todos and those who filled the stables that surround it in the Chacarita neighborhood agreed to pure intuition. Of all the times that the song of “Oh, we will return, we will return, we will return” this Sunday, that one, the one of the moment in which the statements of Mauricio Macri confirmed Alberto Fernández as President-elect, was the most euphoric

The words of the candidate of Together for Change were the signal that was needed for Fernández, Cristina Fernández de Kirchner and Axel Kicillof to lead the line of officials and Peronist referents who rose smiling to the stage of Complex C.

Just before, the bunker speakers had played "Kangaroo", the Wos song that says "don't talk about meritocracy, I'm funny, don't fuck me, that without opportunities that shit doesn't work."

The party on the street had begun at six in the afternoon, which is when on Sunday elections change state: they pass from that instance in which the most important thing is to go to vote at the moment in which the only thing that can be done is to wait The official results.

In front of a TV, a radio, a cell phone, on the street or in a bunker.

At that time, the first shouts came from Corrientes Avenue, in front of the complex in which the Frente De Todos was installed to await scrutiny. In the absence of a signal on the cell phones because of the number of people that began to accumulate, the screens installed in front of the street scene – and those that reached Corrientes and Humboldt, two hundred meters from that platform – showed the Chronicle TV board: “Alberto President". We heard the first "Ohhh, let's go back, come back, come back, let's go back" in the afternoon. The screams reached the bunker, where the reaction – the one that could be seen publicly, at least – was more moderate: some “Come on, fuck, let's go!” Circulated through the halls but cautiously.

In the bunker the music began: “Carnival for a lifetime” was the first song that was heard in the space where, among militants, deputies, senators, mayors, candidates, their families, and journalists there were about 2,500 people. Alberto, Cristina and Kicillof had an apartment reserved for theirs. "We did something similar to what we did at the Intercontinental," described one of the organizers. The TVs available for the press showed the news channels: they were tuned to C5N, Channel 26 and Chronicle.

Outside, in the street, the noises overlapped.

Charly García, Divididos, Los Piojos and La Renga alternated with the speakers. Between the columns they populated Corrientes Avenue early and they came closer to the stage – of the Evita Movement, the Popular United Movement, the Association of State Workers, among others – the bombs sounded. They all sang "Nestor did not die, Nestor did not die" and "We are from the glorious Peronist Youth, we are the heirs of Peron and Evita." The Peronist march had to wait: it came only when the current President had spoken in his bunker in Costa Salguero. She was shouted in and out of the Chacarita shed.

On Corrientes, on Dorrego and in Los Andes Park, vendors shouted prices: one hundred pesos a hamburger or half a liter of beer, three hundred a shirt with the faces of Alberto or Cristina, two hundred a cap that says "We returned." "I stamped them on Friday: the result of the PASS was overwhelming and there were no signs that it was going to change, so I brought them," said Emiliano, the seller.

At the time of greatest street concentration – from one hour before the first official data were known and until after the elected candidates spoke in the bunker – there were more than three blocks of people on Corrientes and at least one more on Dorrego. In Los Andes Park there were fireworks, roar bombs, babies shouting “Alberto president”, a man who came and went with a kind of gun that fired the foam used in carnivals – and that made the babies scream "Alberto president" with more force-, and hundreds of people uploaded to the recycling posts of the City Government to see the screens better.

“47 Todxs” and “41 Macri” said the two handmade posters that two friends peeked through the window of an apartment on Dorrego Avenue: it was practically impossible to have a signal on the cell phone, so the artisanal trick fed thousands of information of people.

The difference, not as wide as in the STEP, scared some: "This march of the million emboldened them," was heard. Some only recovered serenity when they were confirmed that, above 45 percentage points, the difference of ten points was not necessary to win in the first round. The joy returned completely to the street when the girls of the informative posters returned with "52 Kici" and "38 Vidal".

That joy was what lasted in the street until Alberto Fernández, Cristina Fernández de Kirchner and Axel Kicillof talked about the street scene: some had been waiting for almost seven hours. Others, those who sang very loudly about "let's come back", about four years.