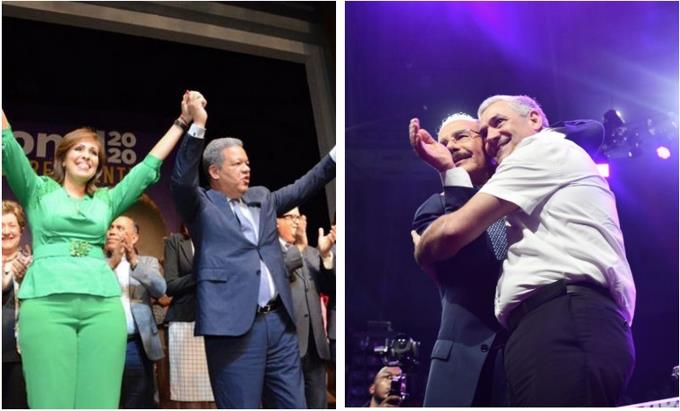 The two main parties of the Dominican Republic will choose next Sunday their candidates for the presidential elections of May 2020, in which they would have to deal with Ramfis Domínguez Trujillo, grandson of the late dictator Rafael Leónidas Trujillo.

Former President Leonel Fernández, who is looking for a fourth term, and Gonzalo Castillo, former Minister of Public Works, appear as favorites to keep the candidacy in the primaries of the ruling Dominican Liberation Party (PLD).

In the opposition Modern Revolutionary Party (PRM, center-left) bets are concentrated on businessman Luis Abinader, 52, and Hipólito Mejía, 78, who already held power between 2000 and 2004.

Abinader lost in the 2016 elections against the current ruler, Danilo Medina, who gave up a constitutional reform that would have enabled him to seek a third term online in the May 17 general elections.

This claim ended up driving Medina and Fernández away, who lead two wings within the PLD. The president had already pushed for a controversial amendment to be presented in 2016.

The Dominican Constitution, subject to successive reforms in recent years, allows immediate re-election only once.

"The referee will be the Central Electoral Board, composed of honorable people and with a good technical team. That is why I think we should all recognize his verdict," Ramón Ventura Camejo, of the PLD political committee, told AFP.

The winners of this day would have to face Ramfis Dominguez, 49, grandson of Trujillo, who ruled with an iron hand between 1930 and 1961, when he was killed.

Dominguez announced his candidacy for an independent movement, but it has not been validated by the electoral authority because the applicant was born in the United States.

"I don't come to put on my grandfather's boots," he told reporters. The Magna Carta establishes that candidates with dual citizenship must give up their first passport ten years before submitting to the polls.

In the primaries of the ruling party, all citizens registered in the electoral roll (7.4 million) may participate; The opposing candidate will be chosen by the PRM affiliates (1.2 million).