In the last week of the Donald Trump administration, when the hangover from the assault on the Capitol barely left room for the presidential handover ceremony, Ecuador and the United States announced a agreement unprecedented in the region. The United States International Development Finance Corporation (DFC, for its acronym in English), pledged to disburse $ 3.5 billion to Ecuador so that it can cancel part of its debt with China. In return, the Latin American country must exclude Huawei and other Chinese companies from the construction of the 5G network and open up to the sale of state assets (oil and energy infrastructure, especially) to US companies.

Adam Boehler is director of the DFC, the tool created in 2018 to finance the containment adventures of the Asian giant abroad, and he labeled the loan as a “novel model” to counteract the presence of China in Latin America. “The DFC was created so that no authoritarian country would have undue influence over another country and we are addressing that factor with this agreement,” Boehler told the Financial times.

Trump was not the only leader in retreat. The announcement of the agreement – which has not yet been implemented – also came in the final stretch of the Lenín Moreno government and three weeks before the presidential elections. “It is an aggressive measure, which aims to tie our hands when we get to the government. It is not a measure that an outgoing administration should take. More than a lack of delicacy, it is a dirty last-minute move,” Guillaume tells elDiario. Long, former chancellor during the Rafael Correa government and one of the names that sound strong to return to occupy the position in an eventual government of Andrés Arauz.

For the Biden administration, which also plans to make the containment of China a priority of its foreign policy, although with other means, Sunday will be the first electoral test in Latin America in which the future relationship of the government with States will be at stake. States and China. During Moreno’s tenure, Ecuador sought to move away from Beijing to return to the arms of Washington: it signed a Free trade agreement with the North American country, he expelled Julian Assange from his embassy in the United Kingdom, enabled the US military to use the airport of the Galapagos Islands, supported from the outset the candidacy of the gringo Mauricio Claver-Carone to the IDB and turned to the IMF for a juicy loan of 6.5 billion dollars, a series of movements that culminated in the agreement to resolve the debt with China in exchange for adherence to the initiative Clean Network, which excludes it from 5G networks.

While a presidency of Andrés Arauz, who has criticized the shift in Moreno’s foreign policy, would mean a return to good relations with Beijing (“We want to have good relations with the two powers. Our relations with both countries are equally important,” he says. Long to elDiarioAR), a victory for the other two candidates – the banker Guillermo Lasso and the indigenous leader Yaku Pérez – would leave Ecuador on a geopolitical path similar to the one that Moreno began.

“Our main trading partner is the United States. We use United States currency. Every time an Ecuadorian wants to go on a trip, he thinks of the United States. Every time a father wants to send his children abroad to study, he thinks of the United States. United (…) That is the most important relationship, also taking into consideration everything that the North American government has done for Ecuador in these years “, he claimed Lasso in an interview in which he defended the agreement with the DFC, although he recognized the economic weight of China and warned that he will not seek to confront it. The conservative banker is the favorite to enter a second round with Arauz.

Yaku Pérez, on the other hand, who in some fields, such as the environment, manifests more progressive positions than Arauz, defend the trade agreement with the United States and review China for its environmental and human rights policies. Polls place the leader of the indigenous party Pachakutik out of the ballot but with support of more than 10%, which would make him a relevant actor in the event of a possible campaign for the second round and in the next Congress.

The origin of the debt with China that the agreement signed in January proposes to alleviate tells a story about the presence of both powers in the region. Pressured by a debt crisis that erupted in 2009, Correa relied on financing from Beijing to avoid going to the International Monetary Fund and the private debt market. It was the beginning of a flow of investments and loans that made Ecuador the third recipient of Chinese funds in the region and that explain part of the economic boom that Correa enjoyed during his tenure, according to an account to elDiarioAR Florencia Rubiolo, director of the doctorate in International Relations of the Catholic University of Córdoba. “This case is applicable to the vast majority of Latin American countries,” says Rubiolo, who warns that the financing that Ecuador has received from the United States in recent years is much less than that which China has accumulated in the country, another extrapolated reality to the rest of the region.

If Correa didn’t want to look north to solve his debt crisis in 2009, Moreno turned to the United States to ease the burden of the Chinese loan. But, as well points out Vijay Prashad, the idea that Ecuador is in a “debt trap” with Beijing is false: only 10% of the total external debt corresponds to China, which during the pandemic offered – and the Ecuadorian government accepted – to delay maturities of payment. For Ecuador, Prashad points out, the amount of outstanding debt with the IMF is a bigger problem than it has with China, and the conditions that the body usually imposes in terms of economic policy exacerbate the situation. The answer, then, is not found in macroeconomics.

Rubiolo agrees with the idea that the western front of the Ecuadorian debt is projected as a more pressing problem for the next government, but clarifies that “Chinese loans are not the panacea either. They cost you, but in other terms. they are going to impose a reduction in public spending, because they are not interested, but they are going to seek priority for Chinese companies, for example. ” Other shortcomings in the agreements with China, according to the academic, are the lack of transparency in some cases, a consequence of the Chinese bureaucratic system and the multiplicity of actors involved; the possibility that the terms of the agreement change suddenly due to ambiguity in the fine print; and the primacy of the Chinese national interest in investments, which tend to prioritize the country’s needs – for example in energy matters – and which can generate long-term dependency.

In The Global Power Dispute: China vs. the United States in the Pandemic Crisis (Intellectual Capital, 2020) Esteban Actis and Nicolás Creus point out that Latin America has become a key geography for the dispute between the United States and China, second only to the Indo-Pacific region. Both the DFC, the entity that announced the loan with Ecuador, and the program America Grows, which seeks to promote regional infrastructure projects through the private sector, became tools to counteract the Chinese presence in the region, a strategy that was finally established with the arrival of Claver-Carone to the presidency of the IDB. And while they appeared during the last half of the Trump administration, there is a “bipartisan consensus on the need not to lose ground to Chinese funding in regional infrastructure.”

Consulted by elDiarioAR, Actis maintains that tools such as América Crece and the DFC will continue to be used by the incoming administration, “but it seems to me that Biden is going to have a more sophisticated reading of power and is going to try to play the cards in a different way, less crude than as the United States showed itself with this loan. “

From Quito, Guillaume Long is confident that initiatives like these will not continue. “We understand that it was a desperate measure by two outgoing governments, which does not have the support of the new administration. Ecuador does not want to be trapped in a geopolitical conflict between the United States and China.” 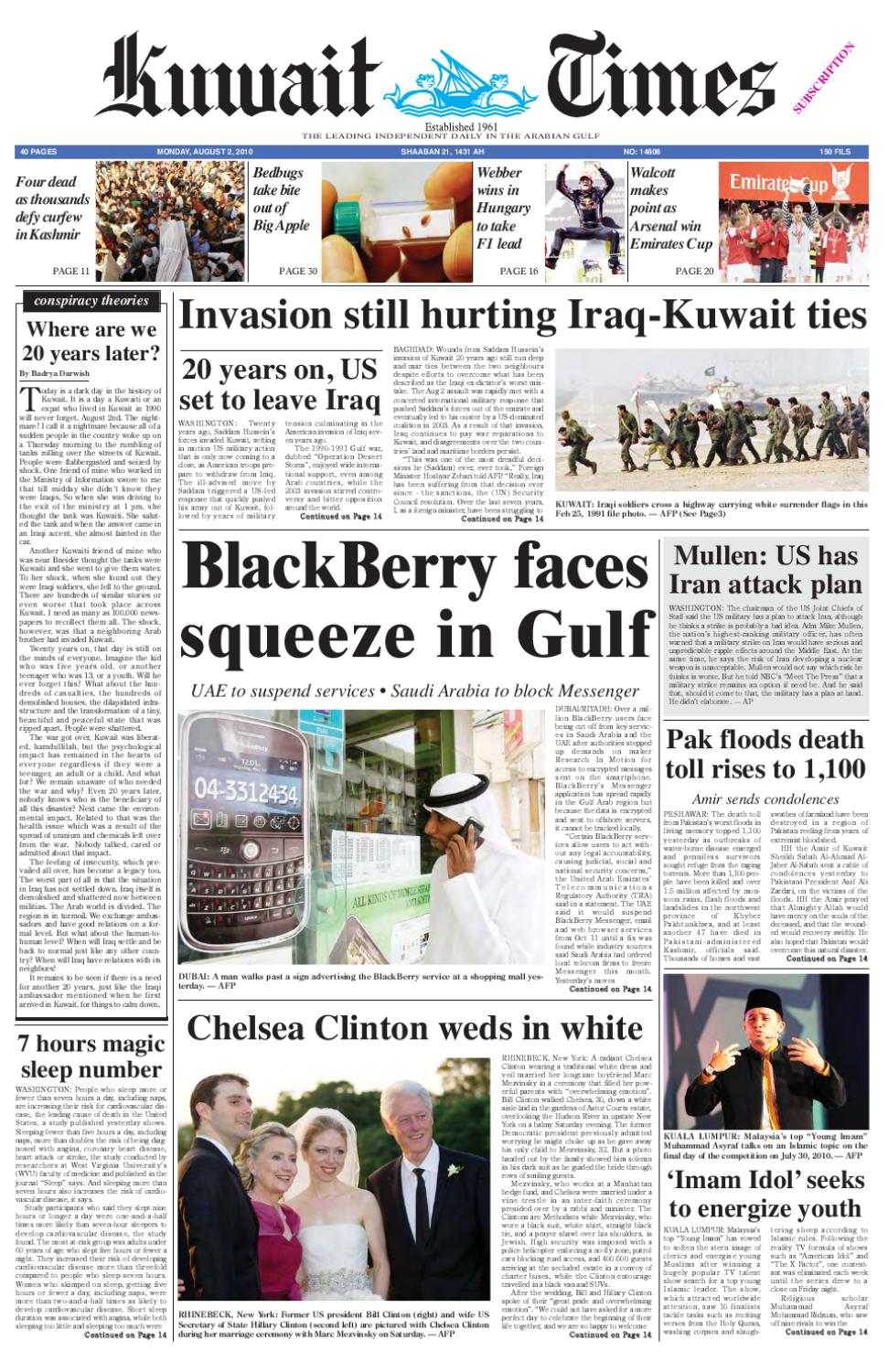