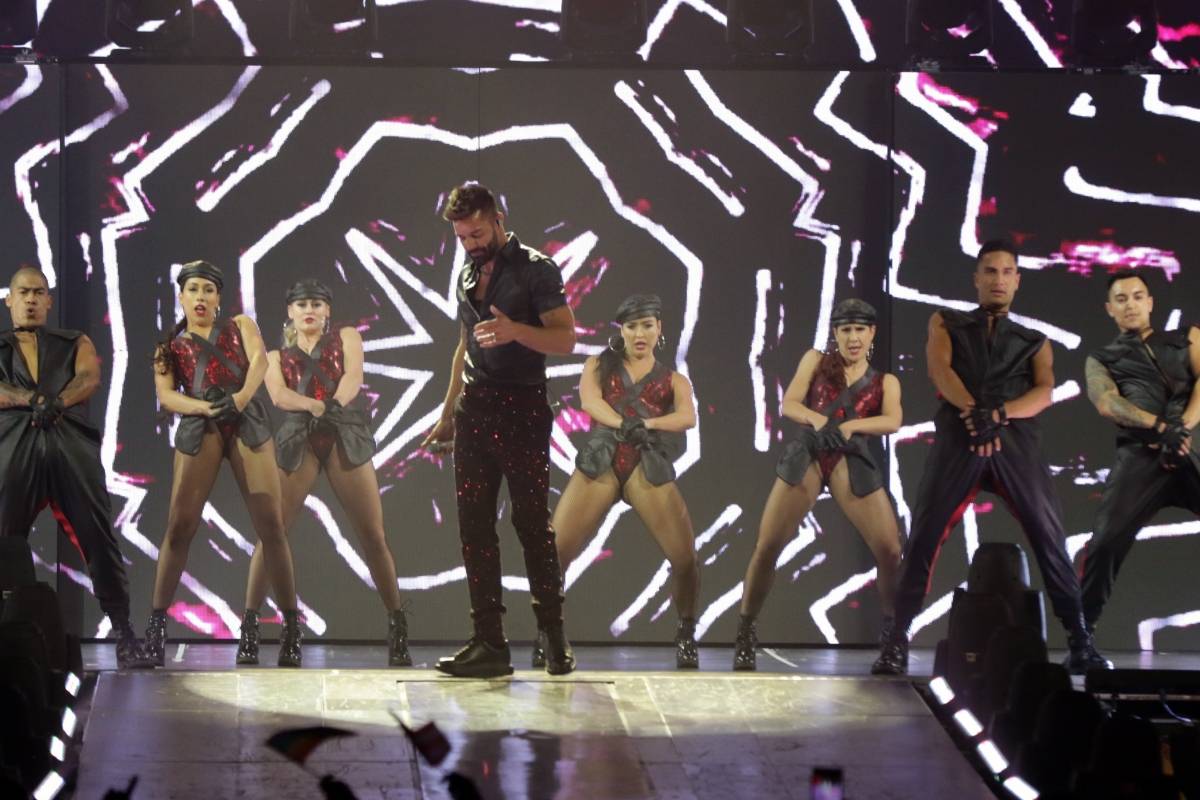 Ricky Martin promised a great experience with his Movement Tour and he achieved it! The show turns out to be a feast of good music and dynamism, a production that strengthens with a display of sensual choreography, sympathy and gift to electrify the public.

The spectators knew that they were exposed to a showman – a source of energy in action, capable of captivating the crowd with only gestures and eyes – enough reasons to get excited, sing, dance and enjoy the presentation from beginning to end.

For this new show, the Puerto Rican ambassador intercalated a dose of ballads with more moving themes, in an assembly of advanced technology, with modern lighting patterns and scenographic elements, directed by Jaime King, who led his residence in Las Vegas, “All In ”(2017), and the“ Livin ‘La Vida Loca Tour ”(1999) and“ Black and White Tour ”(2007).

Precisely the evening began with “Sing it” and “Sharks”, to mention some of those who sang for almost two hours.

“Good evening Puerto Rico. In the same way that I tell you that we have been working for many months and weeks, at the same time, I have not planned anything I am going to say. I’m just going to stop here and I’m going to speak with my heart. I am for you tonight. We will dance all night, if you want. I’m going to leave my soul on stage, ”he anticipated to greet his countrymen, instantly receiving a fervent response, which was repeated in every song and every movement of the star, evidencing the connection he achieves with his fans.

The philanthropist moved on stage at will and at times he rose on a platform 20 feet off the ground.

A jocular moment arose when he interpreted the song “I miss you”, admitting that he forgot the lyrics.

On the other hand, he also took advantage of the platform to express his solidarity with the brothers of the south who were impacted by the earthquakes. “Puerto Rico trembles but nothing lies to us,” he said.

The actor and dancer wore nine costume changes that reinforced his style and desire to offer a complete proposal in all aspects.

It is noted that several fan groups traveled to Puerto Rico from Chile, Mexico and Brazil, to be the first to see the staging that began today in San Juan.

On February 20, the idol will be presented at the Lo Nuestro Prize, and also confirmed its participation in the Viña del Mar International Song Festival in Chile.