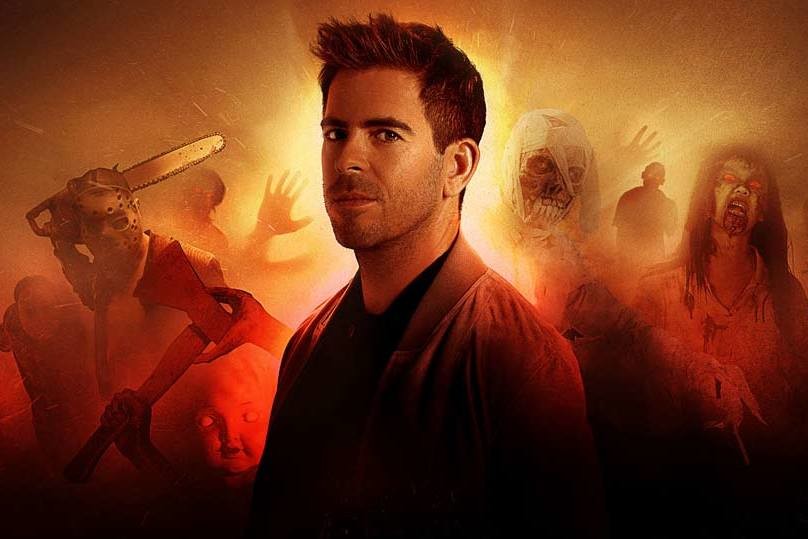 With narrators like Stephen King, Quentin Tarantino, Jordan Peele, Jason Blum, Robert Englund, Linda Blair, Tippi Hedren, Rob Zombie, John Landis or Jamie Lee Curtis, 'Eli Roth: The Story of Terror' brings together teachers, icons and stars of the genre to explore their deepest themes, reveal the inspirations and fights of their past and their position in the current moment. Yes, the result is as good as it may seem at first sight and after many months of waiting it finally arrives in Spain.

In each episode, lasting forty minutes, viewers are guided through an immaculate exploration of how terror has evolved through the ages, how it has impacted society and how it has adapted to the tastes of the viewer in each moment. From the time of 'Witchcraft through the ages' to the dominant Blumhouse era, the documentary series written and directed by veteran television specialist Kurt Sayenga is a gift for all genre fans. But it has a small drawback: it focuses on 99% of the genre films produced in the United States.


The new installment of the great franchise 'AMC Visionaries', which had previously offered' Robert Kirkman: The Secret Story of the Comic '(logical, since it is the creator of the most successful series of the chain) and' James Cameron – The Story of science fiction ', will not say anything new for the most faithful fans of the genre, but it can work as confirmation of the level of knowledge of each one, and it is even possible to use it as an exam trying to guess where the next step will go. And that is not something negative, because seeing such a group of artists and creators talking so dearly about some of our favorite movies is always worth it.

The seven episodes that form this new story about visionaries are presented divided into six categories because, of course, we are talking about American cinema and there is nothing more American than a good masked killer chasing young machete in hand. In that case, the section of the (sub) slasher genre occupies two of the seven episodes. The rest of the horrors are for zombies, possessions, murderous creatures, vampires and ghost stories.

We are not going to ask a channel known by the acronym of American Movie Classics to go crazy remembering the era of the new Granguiñolesco and Francophone horror of the early 2000s, but with the exception of the indispensable 'The Ring' there is barely room for genre produced outside the United States since the existence of cinema. It is inevitable that 'Nosferatu the vampire' or the prince of darkness with fangs most British of all time will be seen, but one can not help thinking about the infinite reef that I could give the series if you decide to expand your borders, amen from other (sub) genres that have not finished playing, such as psychological terror, found footage or science fiction.

Another great success is that of the "less" expected names in terms of guests. Kier-La Janisse, the author of the INDISPENSABLE House of Psychotic Women: An Autobiographical Topography of Female Neurosis in Horror and Exploitation Films (among many other things), provides an interesting opinion about what horror movies are, while Jordan Peele becomes in the official foul of the series.

With a round table between Rob Zombie, Greg Nicotero and Roth as a starting point, the documentary is recreated in the vocal entertainment of people like Quentin Tarantino, capable of starting a laugh in each of his interventions. His theory about Bela Lugosi or hearing him talk about 'The Twilight Saga' is not wasted. How could it be otherwise, we will also see King Stephen King give his opinion of the version Stanley Kubrick shot of 'The Shining'.

The documentation work of the series is a wonder that works as an audiovisual encyclopedia of horror movies of all time, but that inevitably includes endless spoilers that could ruin the experience of those who are still starting in the genre, as well as of veterans who will want to revisit a dozen films they have already seen but now need to see again immediately. Mission accomplished.