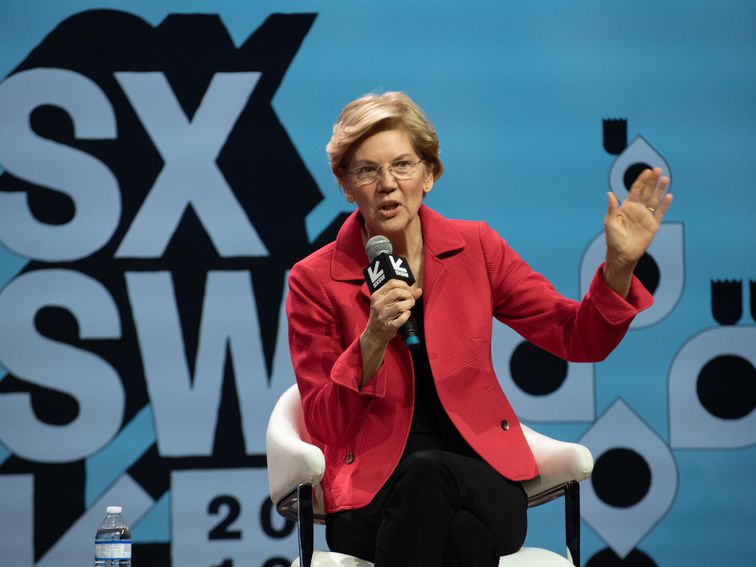 Elizabeth Warren’s campaign collaborated with Cuban-American artist Cristy Road Carrera to design this t-shirt, already on sale on the Warren fundraiser page.
Jim Bennett / Getty Images
Elizabeth Warren, a senator from Massachusetts and a candidate for the nomination of Democrats for the 2020 presidential elections, announced on Monday, February 18, an initiative aimed at recognizing the vote – and influence – of Latino women in that country. , Latinas Win (or “Latinas en la lucha” in Spanish), the initiative is attended by several women of Hispanic origin including Chicano activist Rosie Castro of San Antonio and Mayor Regina Romero of Tucson. “From state representatives Lorena Gonzalez in California and Cindy Polo in Florida to Raquel Terán in Arizona and Mary Gonzalez in Texas, Latino leaders are winning difficult elections and making progress for their communities,” Warren wrote in an editorial published on Univision.com. “As president, I will be a strong partner with Latinas and for the entire community.”
I’m honored to be joined in this campaign by Latina leaders who are fighting for big, structural change. As president, I’m committed to being a real partner to the community. This is our moment to dream big, fight hard — and win. https://t.co/LgQ3f0oL9H— Elizabeth Warren (@ewarren) February 17, 2020

A page dedicated to Latinas in the fight on the Warren campaign site invites its supporters to donate funds for their campaign and even buy a t-shirt designed by the American Cuban artist Cristy Road Carrera that says, in Spanish, simply “My president” . The shirt is for sale for US $ 30 in the merchandise section to raise funds for the Warren campaign and where other versions are also available.