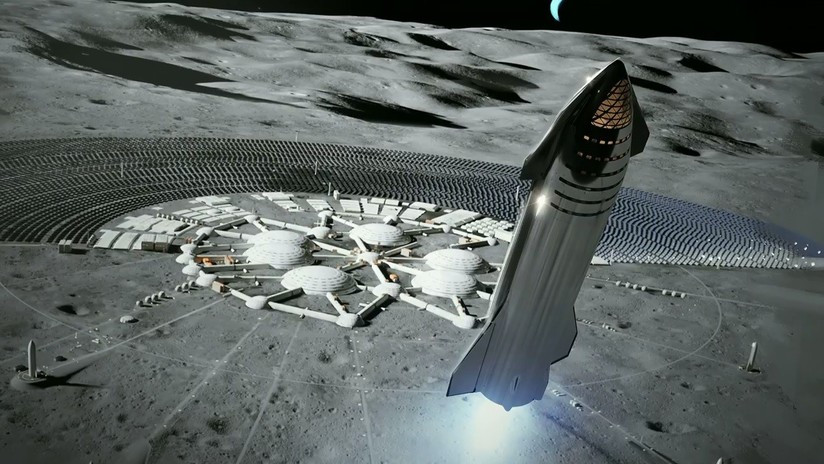 The founder and general manager of the SpaceX aerospace company, Elon Musk, shared a video on Twitter on Tuesday in which he showed the interior of the new Starship prototype, a reusable interplanetary vehicle, designed for the purpose of transporting people and cargo to the Moon and Mars

“Inside the Starship cargo hold. The collection tanks (have been) mounted on the nose to compensate for the weight of the engine in the rear, ”Musk wrote next to the video. "The production version will be much more refined than this prototype, but it's still nice to see," he added in another tweet.

This Saturday, September 28, the company presented the latest updates on the design and construction of its transportation system, and revealed details of its plan for the ship. Now, the images inside the Starship allow you to glimpse the size of the aircraft.

During a presentation at the SpaceX facility in Boca Chica, in South Texas, Musk stated that his goal was for the aircraft, built in stainless steel, to reach orbit in less than six months.

As revealed by the businessman, it is expected that during the first Starship flight it will rise to a height of about 20 kilometers from the Earth's surface and return in 1 or 2 months. The businessman added that if this objective is achieved, it is possible that next year the ship will carry out a manned test flight.