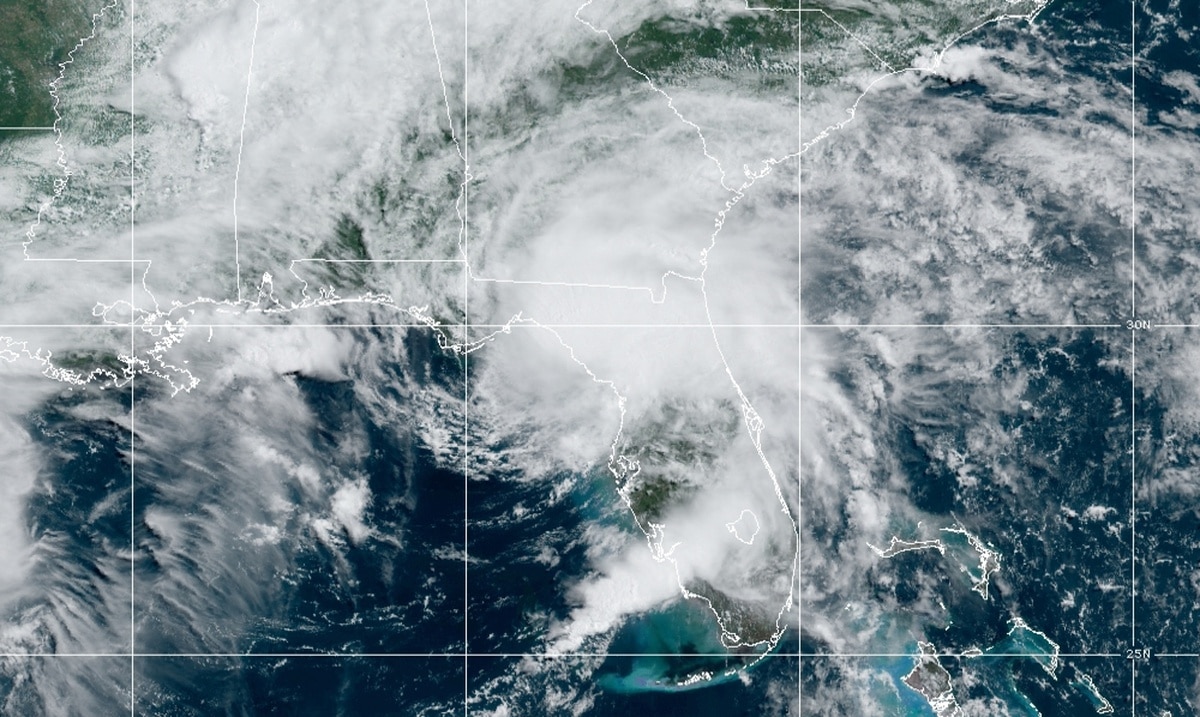 The center of Tropical Storm Elsa reached the western coast of Florida over the Gulf of Mexico with strong winds and torrential rains.

The National Hurricane Center (NHC) reported that the storm passed through Taylor County, a sparsely populated area, and anticipated that the system will cross northern Florida with heavy rains and winds, and then move to Georgia, the Carolinas. and Virginia before leaving for the Atlantic Ocean on Friday.

According to the 11:00 am bulletin, maximum sustained winds were nearly 65 miles per hour (mph), with stronger gusts. A weakening is expected as Elsa advances on the ground on Wednesday.

As it passed through the Gulf of Mexico, Elsa briefly reached hurricane strength, but was expected to make landfall as a tropical storm. Tornado warnings were issued in several northern Florida counties Wednesday morning.

Heavy rain and wind gusts are expected in the north of the state once the storm turns northeast. Some floods are also expected in the region, where the soil is already saturated from last week’s heavy rains.

Gov. Ron DeSantis told a morning news conference that no major structural damage or fatalities had been reported from the storm.

“Clearly, this could have been worse,” said the Republican governor, adding that many storm-related deaths occur after the system passes. “Be very careful when you work clearing the debris,” he added.

The forecast suggests that Elsa will produce heavy rains over western, north and central Florida. Across sectors of the west and north of the Florida peninsula they can fluctuate between three and six inches, with maximum totals located with up to nine inches this Wednesday.

The storm also complicated the search for possible survivors and victims of a Miami-area condo collapse on June 24. Despite that challenge, crews continued their search through the rubble of Champlain Towers South in Surfside, Florida, on the southeastern coast of the state.