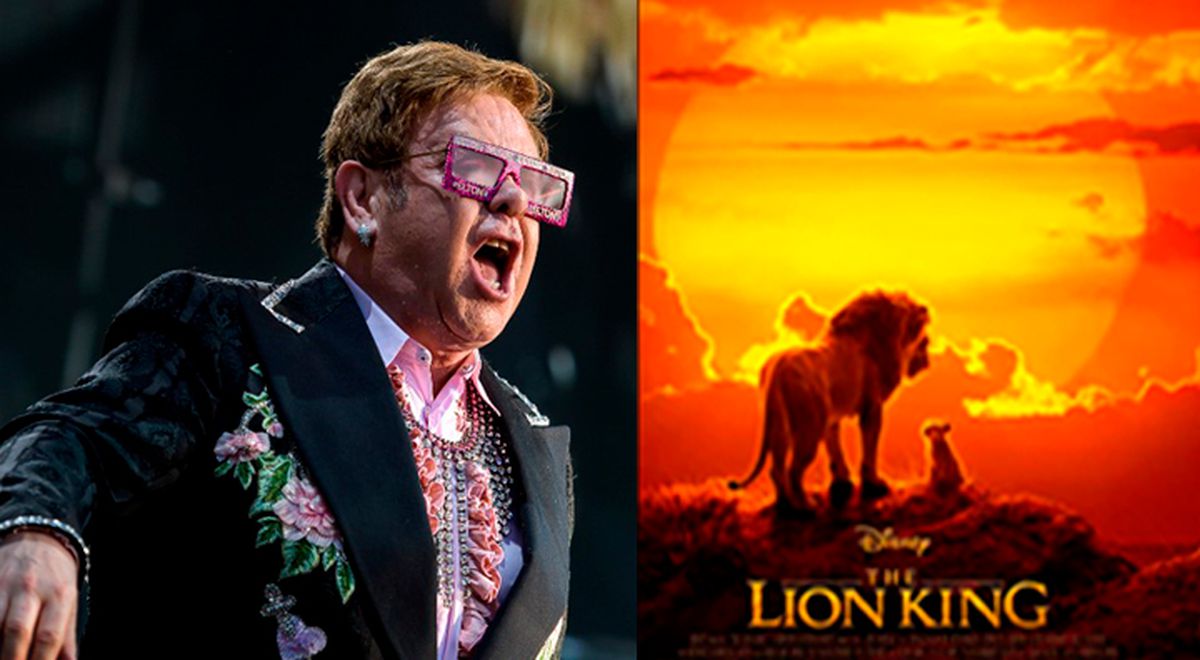 Elton John showed his disagreement with the new version of "The Lion King", a movie released in July 2019 that broke records at the box office around the world.

The musician, who collaborated on the soundtrack of the original 1994 film, described the film directed by Jon Favreau as "a big disappointment" during an interview for GQ magazine.

YOU CAN SEE Prepare the handkerchiefs! Disney would do live action of Tierra de Osos

"The new version of The Lion King was a big disappointment to me because I think they ruined the music," said John.

“Music was a big part of the original movie and the current film didn't have the same impact. The magic and joy were lost. The soundtrack has not had the same impact it had on the charts 25 years ago, "said the interpreter of‘ Your song ’.

CAN YOU SEE It wasn't Mufasa? series reveals how Scar got her scar [VIDEO]

The live action tape of "The Lion King" featured new versions of songs such as "Ready Now", "Hakuna Matata" and "The Endless Cycle", in addition to original songs such as "Never Too Late", which was created for the movie by Elton John and Tim Rice.

Despite this, the musician said he would have liked to go deeper into the film. “I wish they had invited me more to the party, but this time the creative vision of the film and its music was different and they really didn't welcome me or treated me with the same level of respect,” said John.

The new version of "The Lion King" raised $ 185 million in the United States on its first weekend. Months later, it exceeded one billion worldwide at the box office.