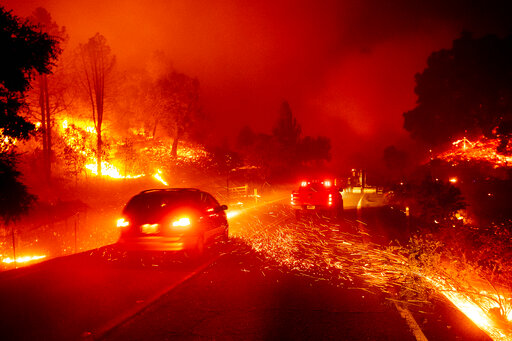 The Pacific Gas and Electric Company (PG&E) energy company announced this Saturday that it plans a massive preventive blackout that will affect almost a million customers in Northern California to the threat of fire.

The power outages will begin on Saturday afternoon, local time, and will occur in 36 counties, PG&E reported. The blackouts will be implemented in six phases: the first one will start at 2 pm local time. The light could be turned off for at least 48 hours.

The region faces a wave of dangerous fires fueled by adverse weather conditions, characterized by strong winds, a dry and warm climate, which encourage its rapid expansion. The energy companies are worried about the possibility that damage to the electricity grid will cause dangerous incidents and the outbreak of fires.

In the last hours, the flames swept several territories both in northern and southern California. In the area north of San Francisco, new evacuation orders were issued this Saturday for 50,000 residents.

The order completely interests the communities of Healdsburg and Windsor, given the threat of high winds that could lead to erratic behavior of a fire that is sweeping Sonoma County.

The fire already burned 49 buildings, including 21 houses, and spread over almost 40 square miles (104 square kilometers) of the wine region. On Saturday morning it was 10% contained.

The Sheriff's Office in this county said the largest evacuation is expected in more than 25 years.

Several thousand people living in small communities in neighboring Lake County are also alerted that they could be ordered to evacuate. The area was the scene of a forest fire in 2015 that killed four people and burned almost 2,000 houses and other buildings.

On Thursday, a fire destroyed at least six houses in the Santa Clarita area, near Los Angeles, and resulted in evacuation orders for up to 50,000 residents, although many were allowed to return home after Santa's winds Ana began to decrease.

Other preventive blackouts have already been put into effect in the last three weeks. Up to two million people were affected.