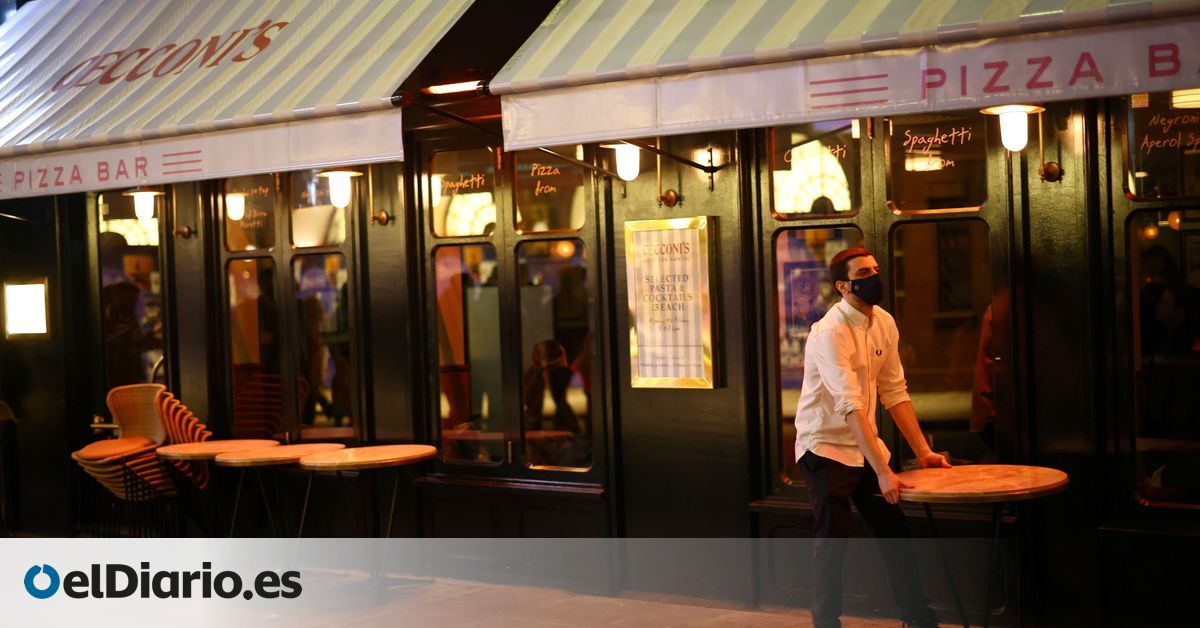 At this point, it is difficult to book in any restaurant in England, but especially in London. No wonder they give you a table for a couple of weeks or even May. The proximity of good weather and the long months of confinement have increased the desire to return to normality. After several months closed, this Monday bars and restaurants open outdoors.

On April 5, Prime Minister Boris Johnson gave the green light to the next phase of de-escalation of confinement in England. The data on the decline in cases and deaths from the pandemic have been reduced in such a way that the British Government sees sure the reopening of the outdoor hospitality industry and non-essential shops as of April 12.

Ibérica, a chain of Spanish restaurants in London, has a total of seven locations in London and Leeds. Of all of them, only two will open their doors this Monday. Faced with the opening of libraries, gyms and aesthetic centers that allow customers access to the interior, the hospitality industry will open reducing its capacity to outdoor spaces. This decision has generated unease among hoteliers, who say they do not understand the difference in treatment.

“I have a place well adjusted to today’s reality. You go to any Iberian, to any Arros, and at the table itself there is a meter and a half between you and the other person. When you go to the distance between the tables, they are all between one and a half meters and two meters. In addition, we have extractions that consume so much that, if I don’t put air in from the other side of the room, wind tunnels are created. Do you know how many times the air in the whole room is changed? ? From an Ibérica, more than 10 times an hour. From an Arros? More than 21 times an hour, “explains Marcos Fernández, CEO of the Ibérica restaurant chain.

The chain’s location in Canary Wharf, east London, has everything fully booked for the first opening weekend. The other restaurant that will open in the heart of London, in Victoria, has less capacity, but is also reserving everything.

Although the reservations reflect the good reception, the hotel business is one of the sectors most affected by the pandemic and has been burdened by restrictions for a year, even during the few months of opening.

The evolution of the virus and the level of consumption are the two indicators to take into account in the economic recovery. Although the hospitality industry is not the only sector that recovers its activity this Monday, it is the one that is generating the greatest expectation. Hospitality is the fourth industry with the highest employment, employing almost 3.2 million people. In the capital it represents 18% of trades and in 2017 it generated more than 19,000 million euros.

Gareth Dore, CEO of Cellar Club, a local business in Windsor, has decided that it will not open this Monday for the public, but will wait until May 17, when the hospitality can probably open its spaces inside.

“The temperature will not rise more than 12 degrees. Sitting outside with twelve degrees is not good. And during the night, it drops to zero. Maybe three, four or five degrees. So it doesn’t make sense. If I have all the tables, everyone says he’s coming, but if it starts to rain, nobody shows up. Then I have to pay the workers, throw away the food and pay for the electricity. The risk is not worth it for six tables. There is no business in it. ” says the businessman.

“The government doesn’t have any evidence to show that indoor service in hospitality is worse than retail,” says Dore. Last year it was only able to open for three or four months and it has been closed since the end of October.

The industry has weathered the pandemic as best it could, but inevitably businesses see a steady trickle of money for each day they are closed. The aid packages that the Government has created they are not enough, Fernández and Dore denounce. The economic measures proposed by the Government have been of two types, loans and purchase of debt and economic aid.

Both Ibérica and Cellar Club have requested all financial aid, including a single payment of up to 3,400 euros to pay the rent, grants of up to 6,900 euros for the reopening of your business

or facilities to obtain cheap loans.

Cellar Club has been pulling savings from previous years, but recognizes that despite being closed, there are expenses. For example, although the government is paying the salaries of employees at ERTE, the company has to contribute with social security payments, taxes and pension. To this must be added maintenance costs.

In the case of Ibérica, they decided to innovate and bet on the delivery of food at home, which now accounts for between 10% and 20% of sales. “The pandemic made me rethink what a restaurant is,” says Fernández. The simple answer is “feed”. The answer that opens new business avenues in the midst of a pandemic is: “Make gastronomic experiences.”

This is how Fernández defines the new by-products that they have been developing during the last year to alleviate the economic effects, from online wine tastings, to workshops on how to make your own paella or the sale of all the necessary material to make it.

The increase in the migratory movement due to Brexit and the pandemic also has its consequences, especially in the search for personnel. Furthermore, Europeans who under the EU Settlement Scheme have lived in the country for less than five years, they can only be absent for six months each year if they do not want to lose their status. With the pandemic, many of those absences have exceeded that period of time. And an exception is only made if, due to the health crisis, you have been ill or you have not been able to catch the flight back.

That is one of the problems that Fernández faces in the face of the reopening of his restaurants. “Experienced hospitality employees are gone,” he laments. “The head waitress, who has been in this country for 12 years, is out and cannot return. The best waitress I have and I no longer have.” He adds that, precisely because of the lack of personnel, the hospitality businesses are now “hiring like crazy.”

Even though it is not possible to guarantee the number of Europeans who have left the islands in the last year, the Center of Excellence for Economic Statistics (ESCOE) published in early 2021 a study on population changes during the pandemic where it did point out the importance of European workers in the British economy, especially in London.

Many hoteliers also fear that Brexit will affect supplies. For the Galician Center of London, whose main attraction is Spanish food and produce, it is an issue they are working on now. “These products have to come from Spain and we will have to see how the necessary procedures are made difficult, how the price increases or how imports are made difficult. You previously knew that you were going to receive such a day. Now that dynamism has been cut”, says Cherry Requillas, business manager.

Since the third lockdown began in January in the country, the cases have decreased. At the same time, the National Health System, together with local governments, has deployed all its resources to implement a vaccination program that would meet the goal of vaccinate all risk groups by mid-April.

Furthermore, the British Government also has distributed door-to-door PCR wherever an outbreak of one of the variants had been detected. The latest measure announced by the British executive to monitor the evolution of the virus is the access to two free weekly antigen testsEither in the centers authorized for it or receiving them in can receiving them at home.

The governments of the different countries that make up the United Kingdom have established your own roadmaps to remove restrictions. England, the region most affected by the virus, will be the first country to open non-essential shops, gyms, hairdressers and hospitality. Other countries such as Scotland or Wales will not open the hotel business until April 26. Welsh allow the opening of non-essential businesses from the 12th, and In Scotland, the hairdressers opened on April 5. This same week, Northern Ireland will review its restrictions and decide what and how the second phase is, and how to start leaving the confinement. 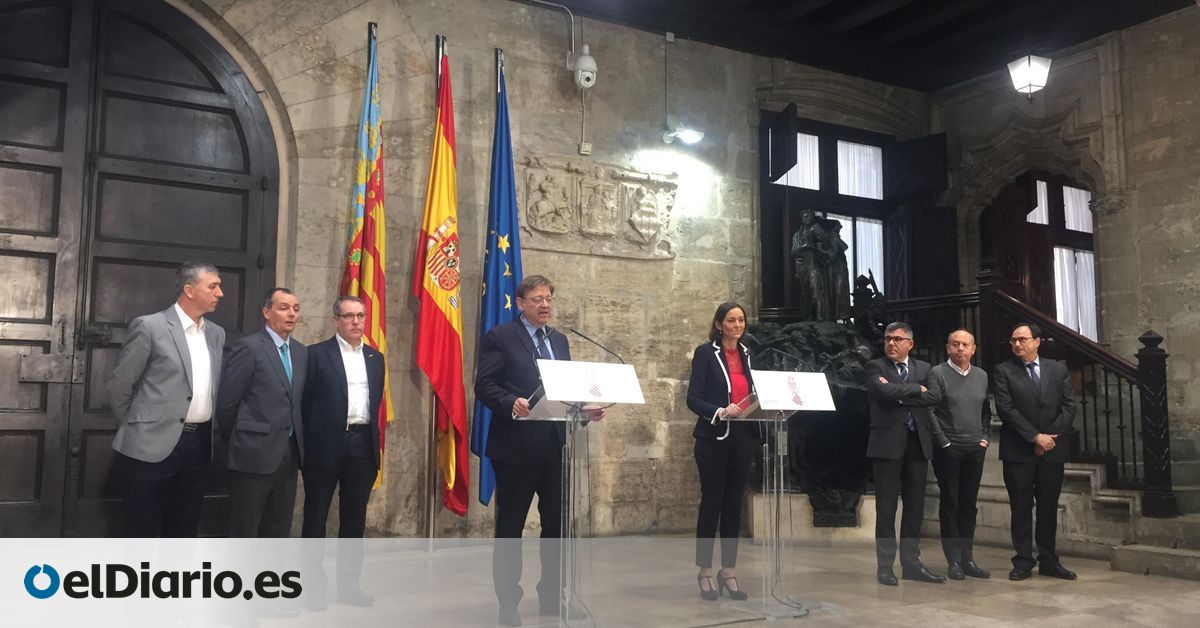 "The Moment Is Still Very Serious And There Can Be No Signs Of Relaxation", Ximo Puig Rules Out The Possibility Of Traveling At Easter 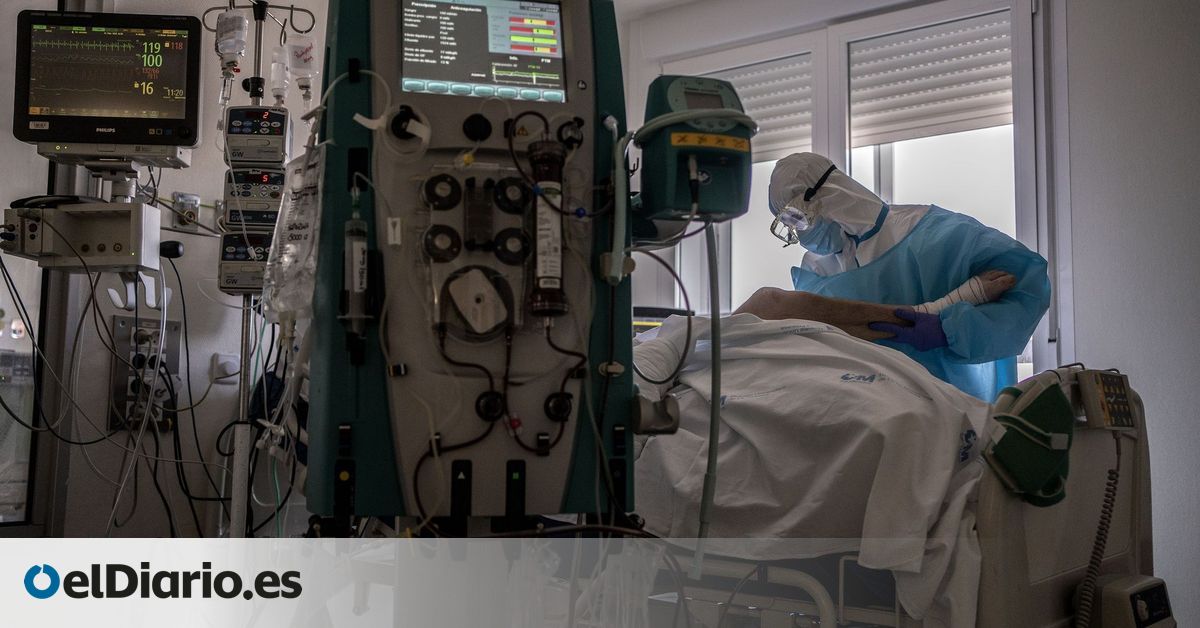