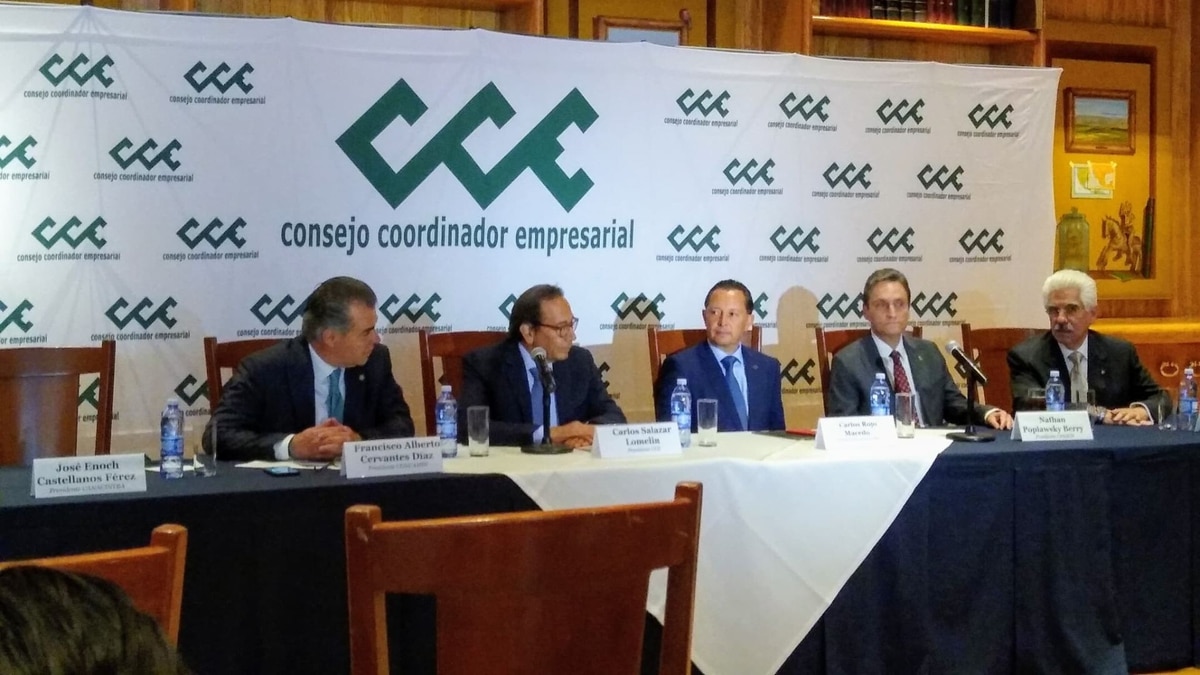 The Business Coordinating Council set a deadline for the National Guard to deliver results to the situation of insecurity in the country.

Carlos Salazar Lomelín, president of the CCE said that patience has a limit and so far the progress of the National Guard in the fight against violence in Mexico has not been demonstrated.

"Patience also has a deadline, which is clear: the National Guard has been working effectively for about three months, it is prudent that we wait another three months to raise our voice and demand results," he said.

It was June 30 when the National Guard entered operations throughout the country, although before that date it already operated in constituencies located in Veracruz and Mexico City.

Salazar Lomelín said that the CCE proposes to invest a lot in the southeast, a region where there are more problems of insecurity due to organized crime.

“It seems to me that it is a serious limitation to growth, development and investment. There is talk of investing in the Southeast and that is where there are more insecurity problems, so we have all the necessary infrastructure, if this problem is not resolved, nobody will invest there, ”said the businessman.

"It is important that we do not enter the model where we already think that violence is part of the normal scenario," said the headline.

He also asked businessmen to "open their eyes" and recognize that despite the success of their business, they did not turn to see what was happening on the streets and in Mexico every day, which encouraged informality.

He indicated that the Private Initiative holds meetings with authorities of the National Guard and the Ministry of Public Security (SSP) to request and offer support in logistics control, road management and transportation.

“We lost sight of many points, the fact that an enormously large activity was growing. Today 50% of the work is in informality, it produces 23% of GDP, ”he said.

For its part, the Secretary of the Interior Olga Sánchez Cordero said that the National Guard is still in the process of integration and will give results in due course.

However, he warned that without the strengthening of local police, there will be no Guard to reach to stop the insecurity that exists.

“The National Guard is taking the essential steps for its integration and deployment. It has a solid legal framework for this and the results will have to be seen very soon. However, in the Federal Government we are clear that without the purification, restructuring and strengthening of state and municipal police, there will be no National Guard to reach, ”he said.

He then asked to comply with the secondary laws of the National Guard, which establish that local police require resources to strengthen themselves. "It's a commitment and it has to be fulfilled," he said.

Julio Santaella, president of the National Institute of Statistics and Geography (Inegi) said that the increase in insecurity is costing each Mexican an average of 6,468 pesos during 2018.

The Inegi survey pointed out that economic losses as a result of having been the victim of a crime represented 61% of the total costs of the crime.

The insecurity in Mexico during 2018 cost 286,000 million pesos, an amount that represents 1.5% of the national Gross Domestic Product (GDP), and is equivalent to the 280,000 million pesos that it would cost to build the Dos Bocas Refinery and the Mayan Train.