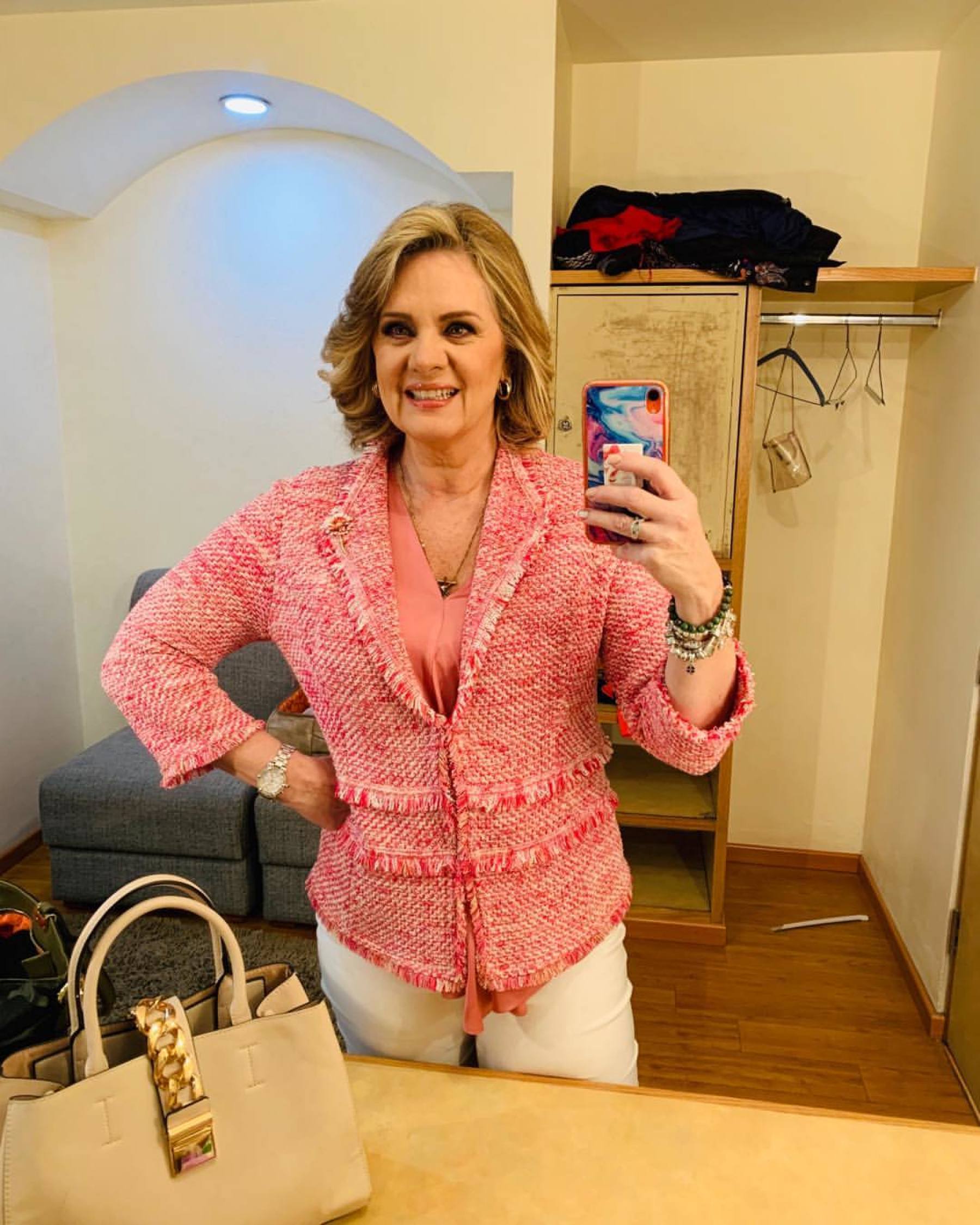 The actress shared that at some point her son suggested that she should stop using a social network created for ‘kids’, so she almost closed her successful account.

Although the reception that Erika Buenfil has had in TikTok It is positive, the 56-year-old actress recently said that she was about to leave the social network in which she has been so successful at the request of her 15-year-old son Nicolás.

“This fell by chance. I neither looked for it nor expected it, but it has been a blessing personally and professionally. It also came at a very symbolic moment,” Buenfil said during a virtual interview from his home.

The actress said that she approached TikTok when she realized that her son Nicolás was spending a lot of time on the social network, showing her the videos and asking her to help him practice the choreography.

“I made my account to see what he was doing and we published one together. I had a good time and I started doing others,” he said in “Seasoning with Buenfil“, his YouTube channel where he publishes recipe videos. Days later, the 15-year-old asked him to” stop making them, because it was for kids. “

He decided to make a farewell one, hidden from his son. “I even had to hide and almost caught on,” the soap opera protagonist recounted with laughter like “Marisol”, “Three Women” and “True Loves”. It was in vain. That video was exactly what transformed her; From being a soap opera actress who for the first time in her life was without salary, she became one of the most successful creators of content in Spanish on the new social network of the moment. In fact, his account already has five million followers.

Buenfil said that the success of his videos caused him to be congratulated and praised, but at first, he ignored it, since he was in meetings with Televisa for a new project.

“Suddenly they started sending me messages everywhere. Congratulations were coming, but I did not realize what it was until I got home and I could calmly see the phone and I realized that it was the TikTok,” he confessed. .

He also said that at first it was extremely difficult to assimilate that he was having so much success on a social network, to the point of bursting into tears and obtaining a kind of approval from his son.

“I started crying like a fool because I didn’t know what I was going to do with it. I had experience as an actress, in soap operas, in theater. I know perfectly well how to do photo shoots, red carpets, but I didn’t know how to handle that of being successful by be me. Not because of a character, “he revealed.