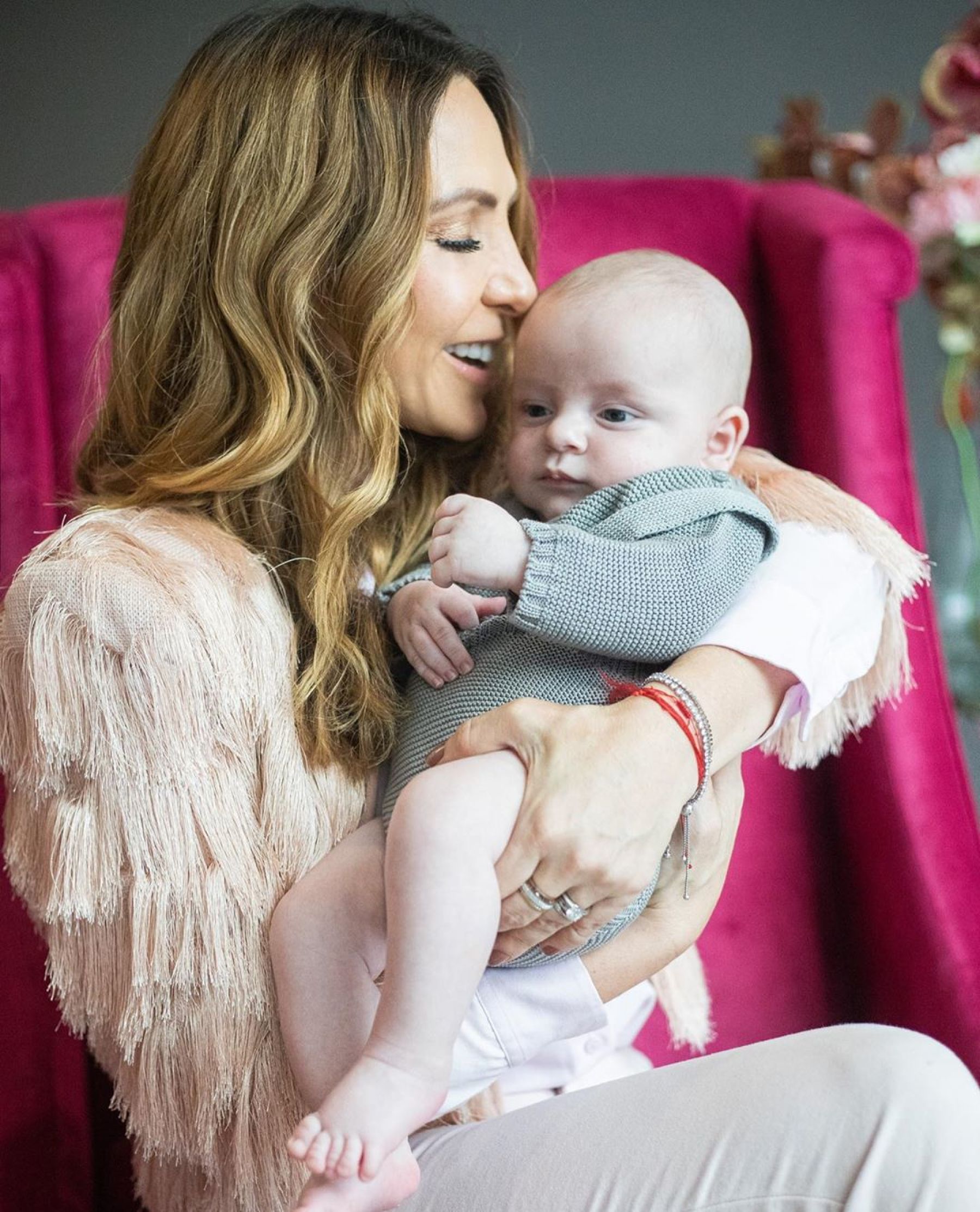 A serious illness that gave him a few days before giving birth, caused the birth of the member of OV7 to be advanced, in addition to the baby was born by caesarean section.

Last November, Erika Zaba became the mother of the little one Emiliano, who does not stop showing off on social networks, now, the singer decided to share with her followers some details of the birth of her baby.

The member of OV7 He selected some of the questions that have been asked on his networks and through a video he shared on his YouTube channel answered all the doubts of his fans in addition to making some revelations about his pregnancy.

The first thing he made clear to end the rumors is that she did live her birth and did not rent a belly as many people have written to her, and revealed that her firstborn was achieved thanks to a treatment in vitro to which he underwent a year and a half ago, a process that was very painful.

“The hardest part of the treatment and what cost me the most work is that they had to inject me all the time to draw blood, and I have super thin veins and they hurt me a lot every time they inject me. We tried for a year and a half and I think there were around 1200 injections, between blood draws and hormone injections, it is very painful, ”he shared Erika.

And although he had declared that he would have liked his baby to be born through a natural birth, in the end he had to undergo a caesarean section due to a serious illness that gave him a few days before giving birth, but he did not want to reveal what tried.

“I had a C-section because I had to go to the hospital emergency and they didn’t let us out anymore. Emiliano was scheduled to be born on a Thursday and after a severe headache I had was born as an emergency on Sunday by caesarean section. If I haven’t shared this part of my story, it’s because I don’t know if I’m sure I want to share it. ”

“It was a serious illness that, half an hour later, we had to react quite quickly so that it would not be much more complicated. I continue processing it, it was very hard, it was ugly and when I am prepared and ready to share the experience I will do it, ”he said.

This disease caused her to not be able to breastfeed her baby as she would have liked, in addition, the singer revealed that she suffered postpartum depression.

“It did give me postpartum depression, in fact when my baby was born at the beginning I was very far from the nets. It was a very difficult week, after the hospital I arrived at the house and the truth is that it gave me depression, I cried all day, I did not know what was happening to me, I did not know why I was crying, I felt physically bad, it was caesarean section so it hurt a lot wound”.