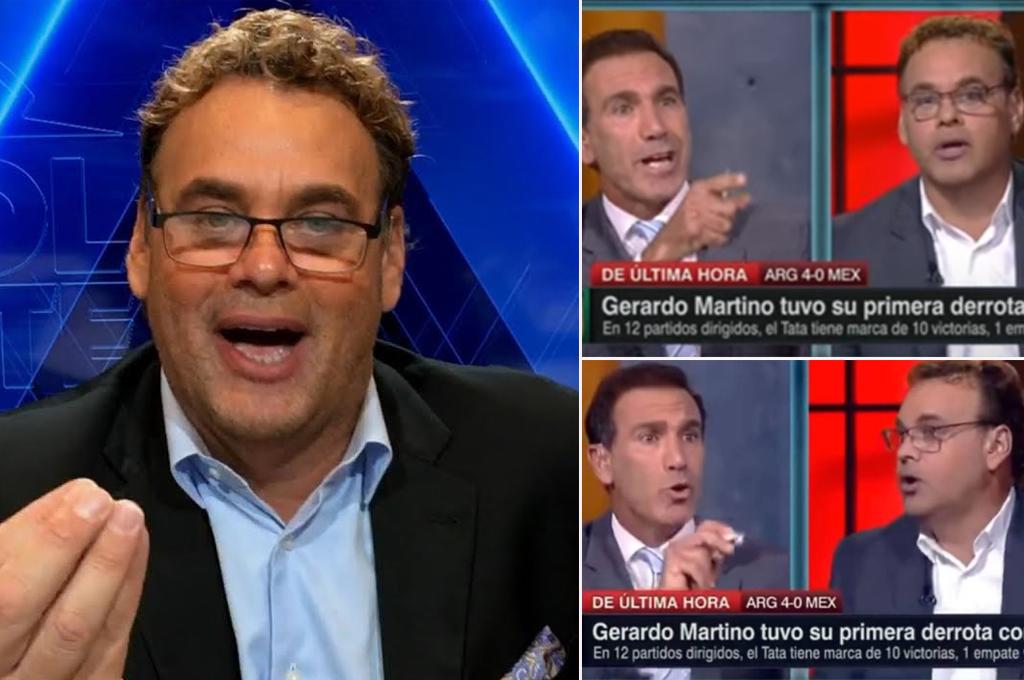 David Faitelson and Francisco ‘Paco’ Gabriel de Anda starred in a strong lawsuit in 2019 in full broadcast of ‘Fútbol Picante’ after Mexico was beaten by Argentina with a triplet by Lautaro Martínez and and another by Leandro Paredes.

That friendly match meant the first defeat in the era of ‘Tata’ Martino at the helm of ‘Tri’ and on the famous ESPN program, tempers between the two analysts heated up.

In an interview for Javier Alarcón’s YouTube channel, David Faitelson relived that controversial episode with his colleague and confessed that ESPN threatened to suspend him for everything that was said on the air.

“I had a disagreement with Paco Gabriel de Anda that was hard, difficult because I feel that he does not understand that what is said in the studio stays there, outside the studio is different,” Faitelson began by saying.

“Maybe I also went overboard when he was a Chivas manager and at some point I said that I was ashamed of having been his partner on ESPN, but it’s my style, to take one step forward and sometimes two steps back to accept that I was wrong.” ‘, Add.

Going into more details of that discussion that went viral on social networks, when Faitelson accused Paco Gabriel of going “drunk like his brother” to a program, while De Anda told him that “the one who takes pussies is you”, David accepts that the need to generate controversy on television sometimes goes beyond the limits.

They were going to suspend him from ESPN

That hair went beyond the guidelines tolerated by ESPN and the higher command threatened Faitelson that he would be suspended, but he responded with a possible resignation.

The ‘Dog’ Bermúdez lets go and throws a dart for Faitelson

“I am not someone who holds grudges for anyone, in the end it does create controversies, confrontations, enemies, but nothing happens, it is part of work and passion,” he explained.

“Sometimes that need to generate controversy leads you to have many problems. I’m going to tell you what happened with that Paco de Anda song. The problem rose to such a level and got out of hand that ESPN told me: ‘You are going to be suspended.’ I have never been suspended anywhere, that’s why I clearly told them: ‘If they suspend me, I’m going.’ Because for me it was more humiliating to be suspended than any insult on television, ” he revealed.