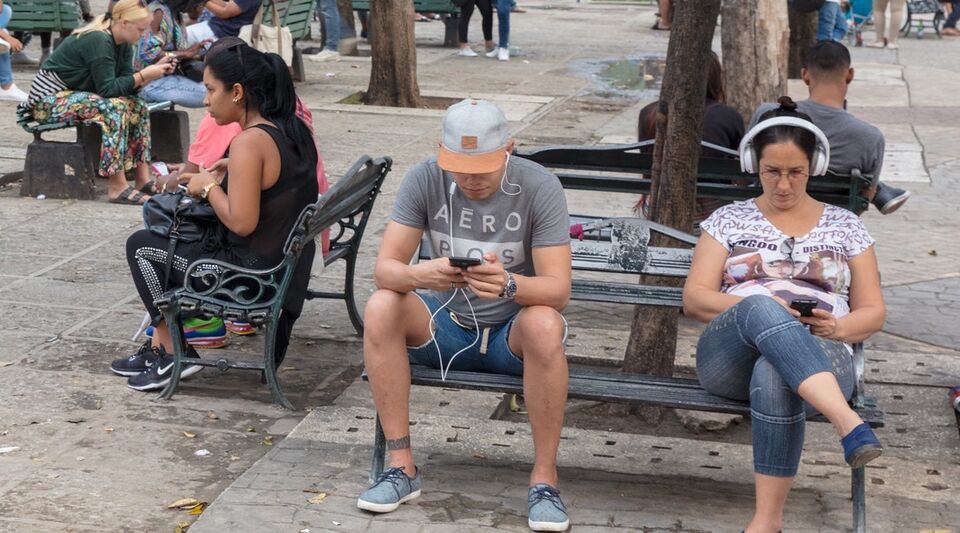 The progress of 4G in Cuba has been slow and this week has taken a new step. The Telecommunications Company of Cuba (Etecsa) announced through its Twitter account that as of this Wednesday prepaid cell phone customers "may request the authorization for access to the 4G / LTE network".

So far, customers of the state monopoly had to wait to be selected by the company to receive a text message (SMS) that informed them of the possibility of using the 4G network. With the new announcement, the user can request that inclusion as long as it meets the technical requirements to navigate at higher data rates.

#ETECSA Inform prepaid customers of #cell phone that as of today October 9 may request the authorization for access to the 4G / LTE network. pic.twitter.com/I3zWka7M6i

The customer should only send a message to the service number 2266 with the acronym LTE. The SMS will have no cost to the user, who will receive a confirmation if his telephone set meets the technical conditions for the use of the 4G.

Among the requirements that must be met is to have a telephone device that works on the frequency of 1,800 MHz, band 3, and that has a USIM card. However, 4G coverage is not yet available throughout the national territory, so it will not be enough to meet these technological conditions.

Only this week, the official press reported that in Ciego de Ávila the first 13 radio bases had been installed in the provincial capital for the use of 4G technology, also known as fourth generation. Other provinces are still waiting for this technology to begin to expand.

The USIM or Universal Subscriber Identification Module is a chip for mobile telephony that allows connection to the 4G network, supports the making of video calls, has the capacity to store a greater number of contacts, in addition to providing security and protection to traffic Internet.

This card is for sale at the Etecsa offices for 3 CUC, but customers complain that USIM's reservations are frequently sold out in a good part of these commercial points or that the lines to acquire them are long and may take up to Hours to be attended.

This Wednesday's announcement has been well received by those who had been waiting for months to be included in the 4G tests that were carried out in various parts of the Island, but it is also generating doubts and questions.

Several Internet users complained on Twitter that their mobile models, especially the Xiaomi and Samsung brand, despite complying with all technical requirements, were not accepted to navigate under the new coverage. "I sent the message from my cell phone, a Xiaomi Redmi 7A and received a negative response although my cell phone supports the frequency of 1,800 MHz," one user lamented.

Others, such as Jean Carlos Romero, applaud the measure that "the acquisition of the right to sail faster is now something more transparent and not with the secrecy that was being handled."

The 4G network was activated in March this year, at a time of growing discomfort among customers of the telecommunications company due to the poor quality of web browsing from cell phones. The 3G service began on December 6 and since then there have been frequent complaints about the low speed and quality of the connection.

The 4G network was initially tested and until this October only users who generated traffic greater than 1.5 GB could connect

The 4G network was initially tested and until this October only users who generated traffic greater than 1.5 GB could connect to the same rates or packages valid for mobile data through 3G.

A requirement that only users with higher economic income met, since the navigation service costs 10 cents of CUC per megabyte, although most users are eligible to purchase one of the four data packages, ranging from 600 megabyte by 7 CUC to 4 gigabytes by 30 CUC, the latter is the equivalent to the monthly salary of a professional.

Earlier this year, Etecsa had 5.4 million active lines and the average monthly growth was 50,000 new lines, according to official data. 40% of mobile phone users "generate data traffic of some kind", either through the use of Nauta mail, MMS or web browsing.

The 14ymedio team is committed to making serious journalism that reflects the reality of deep Cuba. Thank you for joining us on this long road. We invite you to continue supporting us, but this time becoming a member of 14ymedio. Together we can continue transforming journalism in Cuba.