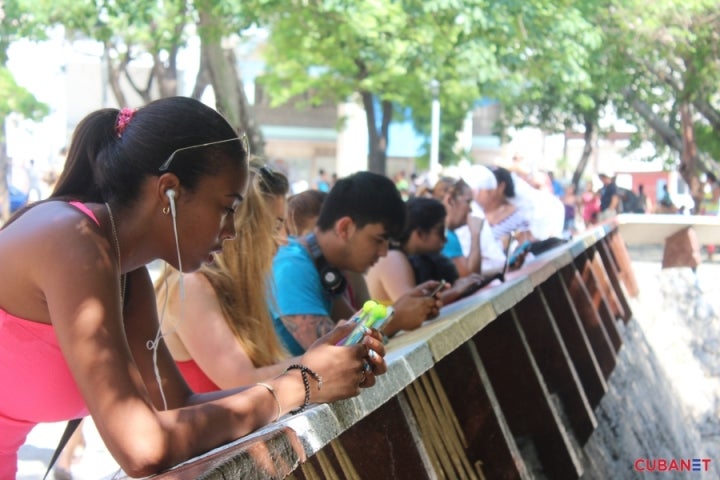 HAVANA, Cuba.- Since last March, Cuba's monopoly of communications, ETECSA, began traffic tests on the North coast of Havana to implement 4G / LTE technology. On October 9, access to this network was opened, offering a higher quality and connection speed, but it has many disadvantages for the pocket of Cubans.

Yusnely Llano González, director of Channel Management in the Commercial Vice Presidency of the Cuban company, said that "it is necessary to understand that this technology was not designed to save resources, but to offer quality, as demanded by the news," and further explained that "if the client wishes to protect his balance or make the packages last longer, there are ways to do so, and ETECSA has issued several recommendations in this regard."

However, several users have experienced large balance losses due to the high bandwidth offered by this technology.

“With the arrival of 4G the megabytes evaporate in a few minutes, applications or web pages such as YouTube detect the connection speed we have and automatically adjust the quality of the videos we are viewing, a video of a few minutes, but displayed in high resolution, you can spend hundreds of megabytes in seconds, the same goes for Facebook or any other site of this type, ”Roberto Reyes, Director of one of the Mayabeque Young Computer Club, told CubaNet.

"The messaging and video calling applications also automatically adjust the image quality, causing greater data consumption, something that would be positive if 600 megabytes did not cost $ 7," he added.

Llano said that "the company has short-term packages of specific data for connection over that broadband network, and as soon as the conditions are met they will be disclosed and put into operation", as many have lost all their megabytes in matters of minutes

The ETECSA directive promised that “being a technology with greater capacity, designed for customers to use data traffic, there will be some packages with a greater amount of resources than there are today and, of course, in which the Customer will see the advantage in the price / MB ratio. That is, the cost of the megabyte will be much cheaper in a specific package for the 4G network. ”

“It's like a water stack that now has more output, if we don't know how to control it, the tank is spent faster. For many it is difficult because a single application that remains unrestricted can cost us ruin, ”Rolando Arencibia, an ETECSA user who has tested the 4G connection, told CubaNet.

On the other hand, the engineer Lidia Esther Hidalgo Rodríguez, vice president of Network Integration of ETECSA, explained to Cubadebate that “with 3G the coverage is reduced when there is a lot of users; With more than 180 connected to the same base radio, the known congestion occurs, which resolves 4G as it is a more mature technology with a greater number of concurrent users. It allows bandwidths from 30 megabytes to 100 megabytes. In Cuba we have made measurements of up to 80 megabytes, therefore, the speed in the transfer and the quality in the connection is much better for the user ”.

The board recognized that "4G will offer a better user experience since the existing 3G in many places is congested."

Since December 6 of last year the high price of data packets has not changed. According to official figures, 1.4 million users accessed the service only the first month, today they add 2.9 million, so almost 50% of cell phones in Cuba connect to the internet paying the high prices of data packets, which are from 7 CUC for 600 megabytes, up to 30 CUC for 2.5 gigabytes.