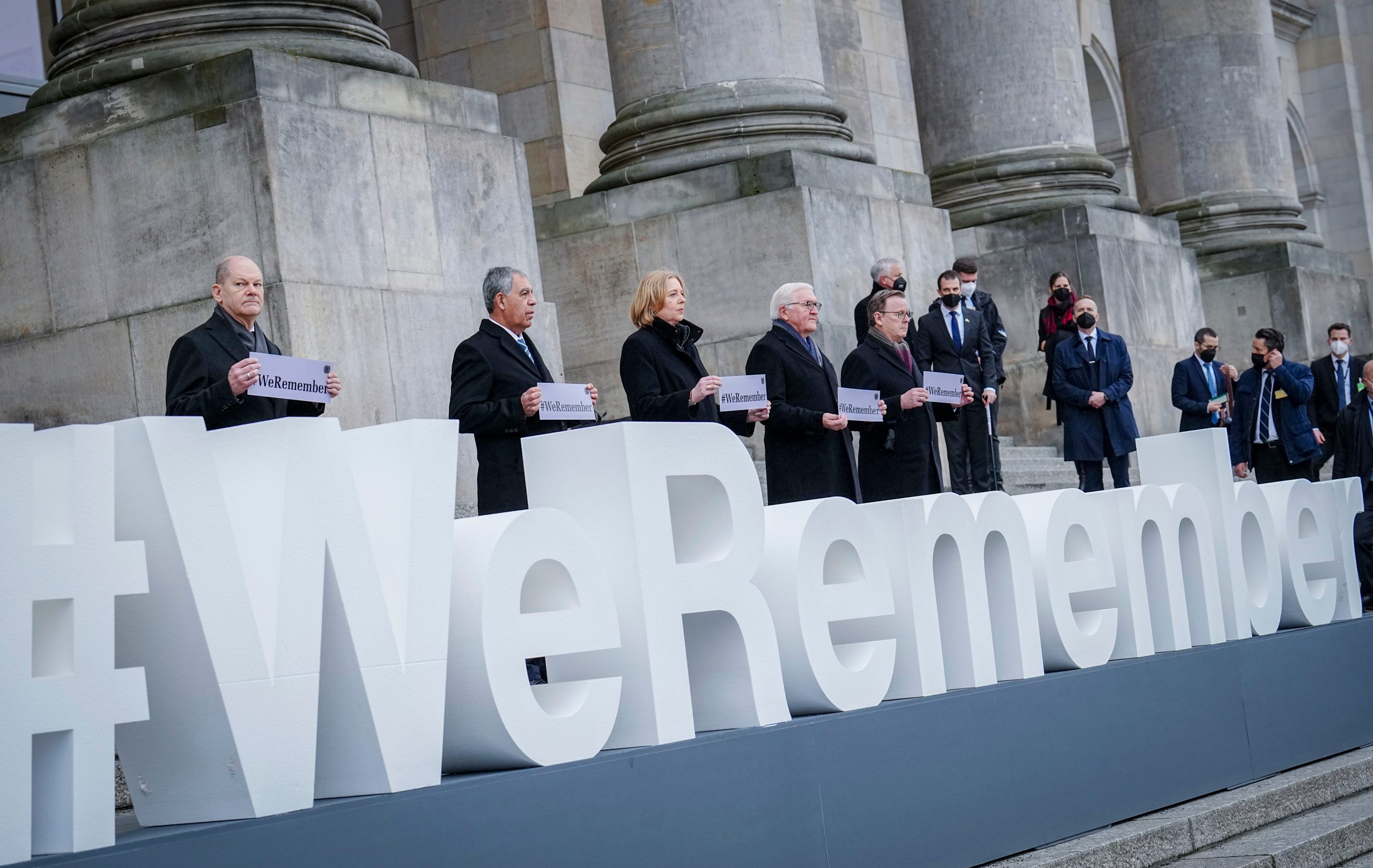 BRUSSELS (AP) — European Union lawmakers will observe a minute of silence Thursday and welcome a centenarian Holocaust survivor as the world remembers Nazi atrocities to coincide with the 77th anniversary of the liberation of the Auschwitz concentration camp.

Margot Friedlander will address the European Parliament as part of the International Holocaust Remembrance Day commemorations.

The United Nations General Assembly adopted a resolution in November 2005 establishing the annual commemoration on January 27, the day Auschwitz-Birkenau was liberated by Soviet troops in 1945.

Due to the coronavirus, many of the events planned for the day will be virtual again this year. There will be a small ceremony at the site of the former Auschwitz concentration camp, where Nazi German forces killed 1.1 million people in occupied Poland in World War II. The site was closed at the beginning of the pandemic but reopened in June.

In all, around six million European Jews and millions of others were murdered by the Nazis and their collabora tors during the Holocaust. About 1.5 million were children.

Friedlander, 100, was arrested in 1944 while on the run and taken to the Theresienstadt concentration camp in what is now the Czech Republic. A year earlier, her mother and her brother had been deported to Auschwitz, where they died.

Friedlander and her husband emigrated to the United States in 1946 and returned to Berlin in 2010. Since then, she has been touring Germany to tell her life story and promote remembrance.

Charles Michel, the president of the European Council, insisted on the importance of commemorating the Whoah since the number of survivors decreases every year.

“With each passing year, the Whoah becomes a little more of a historical event,” Michel noted. “More and more distant, more and more abstract. Especially in the eyes of generations of young Europeans. That is why, paradoxically, the more years that pass, the more important the commemoration becomes. More essential”.

The events come amid a surge in anti-Semitism that gathered steam during lockdowns as the pandemic fueled hate online.

To tackle Holocaust denial, UNESCO and the World Jewish Congress on Thursday launched a partnership with the online video platform TikTok, popular with young people. This will allow users to be directed towards verified information when looking for information related to the Shoah, they explained.

According to the UN, 17% of Holocaust-related content on TikTok denies or distorts it.

“Denying, distorting or trivializing the true facts of the Holocaust is a pernicious form of contemporary anti-Semitism,” said UNESCO Director-General Audrey Azoulay. “All online platforms must take responsibility for the spread of hate speech by promoting reliable sources of information.”