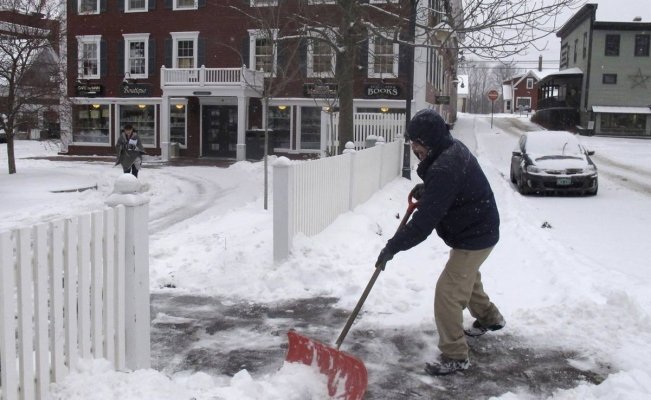 A wave of polar air that caused cold in the central United States spread Wednesday to the east of the country, with record temperatures from Mississippi in the south to Maine on the Canadian border.

The low temperatures that reached the coast of the Gulf of Mexico followed after a snowfall that, according to the National Meteorological Service, covered almost 30% of the country with snow.

Snowfall and slippery roads caused more than six deaths across the country since Monday.

Temperatures fell to a single digit on Wednesday morning in several towns in the northeast.

Also read: Recommendations for cold for you, children and pets

Meteorologists forecast even lower temperatures for Wednesday night and Thursday morning in some places.

In Greenville, Mississippi, the temperature dropped to -8 degrees Celsius, below the previous record of -5 degrees Celsius set 108 years ago, officials said.

Even the coast of the Gulf of Mexico had freezing temperatures that caused “sea smoke” as the icy air moved over the warmer water.

The wave of polar air followed a heavy snow that reached southern Tennessee.

Because of the slippery conditions there were road deaths since Monday in Michigan, Kansas and Ohio. In southwest Michigan, a man died Tuesday after being trapped under machinery that he used to remove snow from his marijuana growing business.