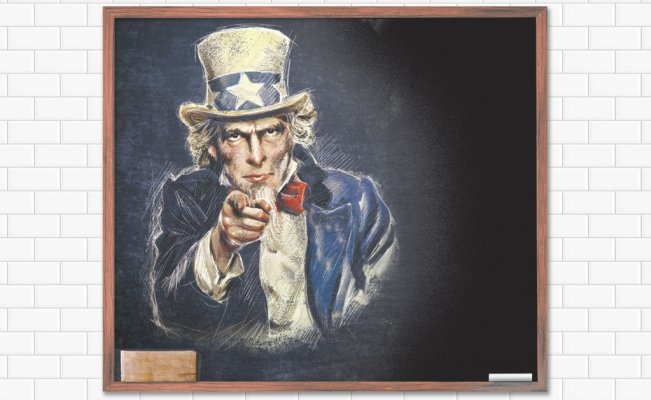 They left their place to which they are entitled as normalists in Mexico to be teachers in the United States. One is from Tabasco and another from Sonora, both found an opportunity for job growth by teaching Spanish in public schools in North Carolina.

The salary to which they can aspire, according to their experience, goes from 45 thousand up to 60 thousand dollars a year less taxes. In the second case, the amount is equivalent to a free perception of almost 65 thousand pesos per month, a figure that contrasts with the 11 thousand pesos that a graduate of the Superior Normal would earn on average, with one of the places for which the teacher unions both fight in Mexico, making blocks, marches and seedlings.

For Selene Paque, a normalist from Ciudad Pemex, Tabasco, beyond the place where students can aspire, there is the possibility of knowing a new educational model that complements their knowledge, in addition to bringing their culture to children from States United, who by this time knew a little more about the celebration of the Day of the Dead in Mexico thanks to the altar that the teacher placed in the classroom.

“Always your expectations should be high. When we are normal teachers, usually the number one dream is to have your place, but I invite you to think if your dream is to have a secure salary, a stable job or make the change in your students and learn more, ”says teacher Paque, who is about to complete her fifth year as a preschool teacher at a public school in North Carolina. Participate Learning is the company in charge of selecting and taking teachers to US schools in North and South Carolina, and Virginia. The firm emphasizes that, despite the proximity to Mexico, there are very few Mexican teachers who teach Spanish in public schools in the United States, and seek to increase the number.

The requirements: be a teacher by profession with at least two years of experience and have a basic level of English. “Participate Learning is a program that is endorsed by the United States Department of State, in which qualified teachers will receive a J1 visa, which is a cultural exchange visa. That visa allows the teacher to bring their spouse and children under 18, ”said Ronald Ramírez, spokesman for the company.

The director stressed that the Mexican teachers who meet the requirements will enter into a scheme to teach under a model called "Spanish immersion", with which they will teach subjects such as science, social studies, mathematics and literature; Students are prohibited from speaking in English, ranging from preschool to basic level.

Ramírez added that in addition to the basic requirements, the teacher must be active, innovative, with a university degree, in addition to having a driver's license. Participate Learning also offers the possibility that teachers arrive with their family in the United States and the five years they will be teaching can travel to Mexico as many times as they want.

According to Participate Learning, there are currently 13 Mexican teachers, and after their experience with teachers in the country they want more normalists and teachers in education to apply before November 30 to start the 2020 process. To participate, those interested should access www. participatelearning.com.

“They are high quality teachers who love children and, above all, they see the passion they have for children. I personally feel very happy to see his performance and, taking it into account, we want to bring in more Mexican teachers who come to become cultural ambassadors, ”he explained.

The teacher Paque recognized how complicated the last months have been before the antimigrant environment in the United States.

“It feels to a certain extent a sense of fear for the Hispanic population, which I feel is one of the reasons why the number of children who speak Spanish has been declining, due to the social or legal status of the population,” the teacher said.

Of the normal El Quinto, Sonora, Erick Palafox has been teaching in North Carolina for four months. In Mexico the Day of the Dead is celebrated and the professor managed to allow him to install a Mexican-style offering.

“It is not easy to move to another country. It can be uncertain for many people, because it implies starting from scratch, leaving many things behind, but when you decide to leave your comfort zone and take the challenge of undertaking, of contending, you acquire an apprenticeship beyond the professional that helps you to be more empathic and see things from another perspective, ”Palafox said.

As a normalist, Palafox recommended that students dare to leave the square and bet on a global experience outside of Mexico.

“It is a very strong decision, that in the Mexico system we have a place and we leave it. You have to leave those facilities, but when we think about growing professionally and personally, developing other languages, being more empathetic, it really is when you start thinking about staying in Mexico or not, [yes] doing many things, but if I'm looking for To develop these skills I must do others. Normalists are very well trained to live this experience, ”he said.

Marina Hernández is a teacher with 30 years as a teacher in private schools in Mexico. He had the opportunity to take a professional experience in Singapore, but chose to teach Spanish in schools in the United States through the Participate Learning program.

“Children and parents love the program. They are always motivated to come to class. We just had conferences with parents and everyone is very satisfied with their children's learning. They even say that they are very excited that at home they already start to speak in Spanish and English. ”

With four years in the program, Hernández, who has a degree in Education from the National Pedagogical University, in addition to being specialized in teaching, had to learn to use new technological tools when arriving in North Carolina.

His classroom has an electronic blackboard in which he practices with the children songs in Spanish of the Day of the Dead Faithful. At the same time, students support each other with the use of iPads that are monitored and serve as school material in learning Spanish from their students.

The teacher recommended that Mexican teachers who meet the profile take the experience of teaching in another country, since in addition to giving them new knowledge and skills, they open to another world of learning and also share the Mexican culture through teaching .