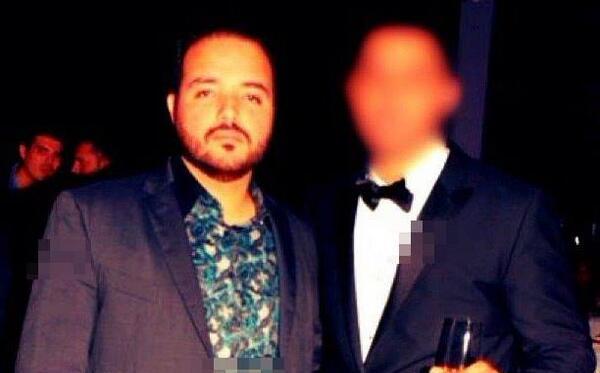 US prosecutors Robert Brewer Jr. and Matthew Sutton will use thousands of messages and intercepted calls from more than 100 cell phones as evidence in the trial against Ismael El Mayito Gordo Zambada Imperial, son of Ismael El Mayo Zambada, leader of the Sinaloa cartel.

“During the criminal investigation that resulted in the indictment in this case and the related cases, there were years of wiretapping authorized by the court of more than 100 BlackBerrys, resulting in tens of thousands of intercepted messages,” said a letter delivered to The American court.

In the document to which MILLENNIUM had access, it is explained that derived from these interventions, multiple seizures of drugs and money were made in the United States and other countries where the cartel operates.

In addition to dozens of arrest warrants and court orders being issued, extensive surveillance operations were also launched.

“Simply put, the discovery in this and related cases is voluminous,” the document highlights.

The tests include, among other things, reports, statements under oath, photographs, videos, as well as laboratory test reports from the DEA (Drug Control Administration).

Due to the number of evidence presented against the youngest son of Mayo Zambada, prosecutors asked the judge, Dana M. Sabraw, responsible for taking the case in San Diego, to postpone the next hearing originally scheduled for early February for three months.

This with the intention that the defense c an finish reviewing the files in detail and prepare its legal strategy, because “it would not be reasonable” to wait until next week.

The document also requests that this, like other cases related to the Sinaloa cartel opened in the US, be declared of a complex nature.

Two weeks ago, prosecutors who also take the case of the former Secretary of Public Security, Génaro García Luna, in New York, made a similar petition where they also presumed the size of the bulky case file.

Zambada Imperial was extradited to the United States in December, accused of criminal association for the distribution of narcotics.

In Mexico, he was serving a 10-year sentence for violation of the Federal Firearms and Explosives Law, after being arrested in 2014.

Six years ago he was captured by elements of the Navy in the Estancia de los Burgos community in Culiacán, along with hired assassins from the group inside the cartel known as Los Antrax.

His half-brother, Vicente Zambada Niebla, is serving a 15-year sentence in Chicago since 2019, although he has been in custody since 2010, when he was extradited.

He is expected to leave in a few years for his participation as a key witness in the trial against Joaquín El Chapo Guzmán.

His other half-brother, Serafín Zambada Ortiz, released in 2018, purged a five-year sentence in the United States, after pleading guilty to drug trafficking charges in 2014.

Before being arrested, Mayito Gordo was known for exhibiting his power, luxuries and parties through social networks.