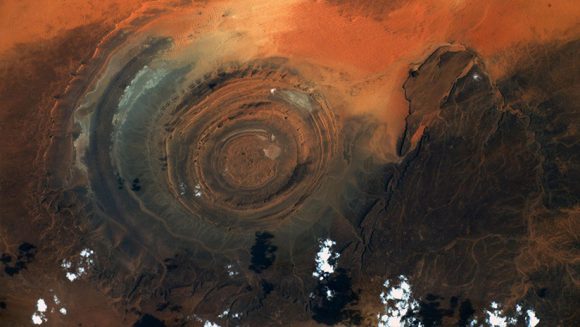 Richat's structure, around 40 kilometers in diameter, was created by the effect of erosion over millions of years.

The European Space Agency (ESA, for its acronym in English) has published on Sunday a photograph of the structure of Richat, enigmatic geological formation in the center of Mauritania, known as "The eye of the Sahara".

"An indelible memory of the first mission," the agency quotes Italian astronaut Luca Parmitano, who captured the object during his stay in the ISS.

Richat's structure, about 40 kilometers in diameter, was discovered in 1965 by NASA astronauts James McDivit and Edward White. Its geological origin remained until recently the subject of controversy.

In fact, the initial hypothesis pointed out that the eye appeared after the impact of a meteorite fallen on Earth hundreds of years ago. However, later studies revealed that the origin of the structure is totally geological and that it was created by the effect of erosion over millions of years.

(With information from Russia Today)