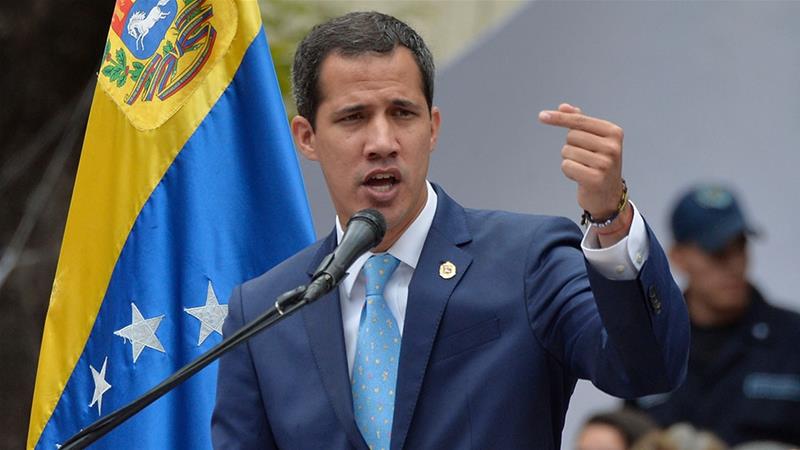 The president of the National Assembly, deputy Juan Guaidó, ruled out that the opposition he leads participates in elections that do not allow a solution to the crisis in the country, even if it is changed to the CNE.

"The origin of the crisis in Venezuela is not the parliamentarians, so we are not going to participate in parliamentarians or anything that does not allow a solution," Guaidó said during his speech at a meeting called by the Frente Amplio Venezuela Libre, on Thursday 31 of October.

In relation to the possibility of a designation of the National Electoral Council proposed in the terms conceived by the bench of the Great Patriotic Pole, and ratified by President Nicolás Maduro, the deputy Guaidó warned that, in any case, to whom it corresponds to respond on the matter they are the deputies of the PSUV, as main representatives of the official coalition.

Juan Guaidó and his representative before the Government of Colombia, former Venezuelan Minister of Energy and Mines, Humberto Calderón Berti, applauded on Friday the decision of the Senate of France to express itself in favor of resolution 639 of the European Union to increase sanctions in against the Government of Nicolás Maduro.

Among the objectives of this Resolution, it is proposed that greater vigilance be exercised on funds from Venezuela and that sanctions be applied to those responsible for illegal activities, as well as those close to them, indicated by the European Union.

"We thank Senator Olivier Cadic and the Senate of France for having passed a historic Resolution to put more pressure against human rights violators in Venezuela. Thank you Senator, for ratifying that France will not be a sanctuary for the accomplices of the dictatorship," Guaidó wrote. .

On his part Humberto Calderón Berti said on Twitter: "The French Senate shows respect for democracy and solidarity with the Venezuelan people by approving resolution number 639, which contemplates that the European Union increases sanctions against usurping tyranny" .

The Ministry of Foreign Affairs of Spain denied on Friday, through a statement that the US Treasury Office has raised some measure against that country for allegedly contributing to the Government of Venezuela.

The Spanish Government's response is related to the information released on Thursday, October 30 by the Bloomberg agency, according to which the US administration was pressuring the Bank of Spain, allegedly used by Venezuelan depositors, to impose these measures for the alleged support of the Spanish administration to the Government of Nicolás Maduro.

The Russian agency Sputnick had released yesterday, information in which it says that "neither the US authorities nor the US Embassy in Madrid contemplated the possibility of sanctions against Spain for economic ties with Venezuela."

However, from Washington the opponent Diego Arria said through Twitter: "To this day there is no evidence that Spain supports Maduro and his regime. But it seems that the US Treasury Secretariat does."