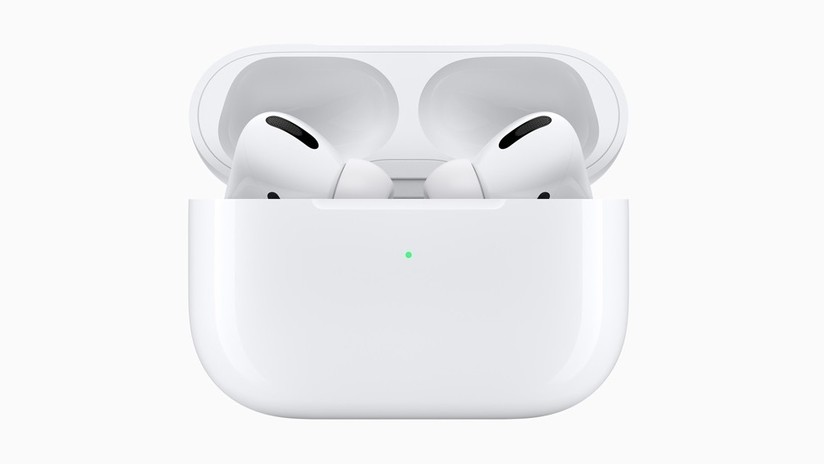 The American giant Apple took its users by surprise by announcing this Monday the launch of its new model of headphones AirPods Pro, with 'noise cancellation', which will go on sale next Wednesday, October 30.

The new AirPods differ from their predecessors by a "completely new" design – according to the company's statement – and a considerably higher price: $ 249.

For the first time in Apple's history, its headphones come with flexible silicone pads and come in three sizes, so as to adapt to each user's ear to offer a comfortable fit and superior external noise suppression. In addition, they have a ventilation system that regulates the pressure in the ears and avoids the discomforts that other earbuds can cause.

On the other hand, AirPods Pro are sweat and water resistant, "which makes them perfect for an active lifestyle," says Apple's statement.

The most important feature of the new model is the so-called 'active noise cancellation'. This feature is achieved thanks to two microphones: one oriented outwards and the other inwards. The first detects, analyzes and suppresses ambient noise. Then, the second one balances the sound that reaches the user's ear. Using an algorithm, this action is repeated up to about 200 times per second, according to Apple.

The AirPods Pro also has a feature called Adaptive EQ, which automatically tunes the low and medium frequencies of the music to the shape of each user's ear, resulting in greater sharpness. For this, a special high dynamic range amplifier was incorporated.

The mysterious "transparency mode" is simply a mode in which noise cancellation is deactivated to be more attentive to surrounding sounds, such as, for example, to be able to listen to announcements in the subway.

According to Apple's statement, with a single charge these headphones work up to five hours in audio playback mode, or up to 4.5 hours with active noise cancellation activated and 3.5 hours in conversation. With additional recharges from the case, AirPods Pro can offer up to 24 hours of audio playback and 18 hours of conversation.

In addition, as in its second generation, the new AirPods Pro also have the H1 chip installed, which allows the device to be voice controlled using Siri.