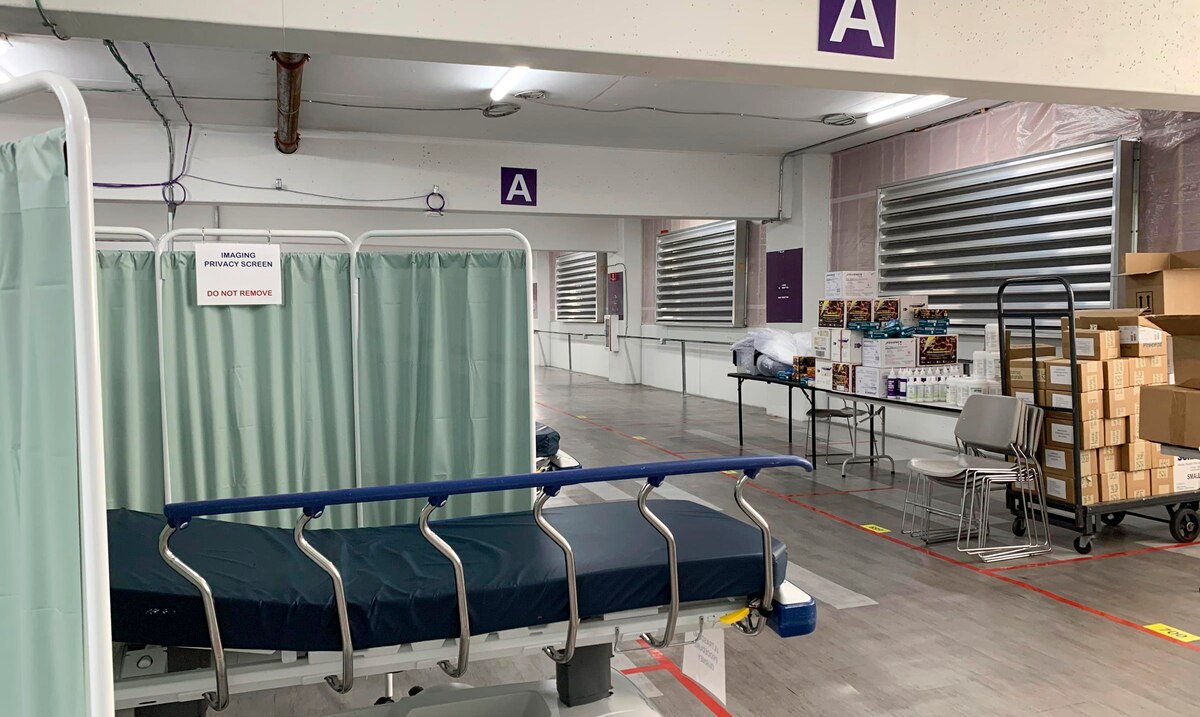 Conditions inside America’s hospitals are deteriorating with each passing day as the coronavirus spreads across the country at a relentless pace and the death toll surpasses 250,000.

“We are depressed, discouraged and extremely tired,” said Alison Johnson, director of intensive care at Johnson City Medical Center, Tennessee, adding that some days she cries while driving to and from work.

The number of people hospitalized with COVID-19 in the United States has doubled in the past month, setting records nearly every day this week. As of Tuesday, about 77,000 people were hospitalized for the virus.

New cases per day have risen more than 80% in the past two weeks to the highest levels on record, averaging about 160,000 daily infections. Cases are on the rise in all 50 states. Deaths average more than 1,155 a day, the highest number in months.

The upturn is prompting governors and mayors across the country to issue mask-wearing orders, limit the size of private and public gatherings ahead of Thanksgiving, ban eating inside restaurants, close gyms, or restrict the schedule and capacity of various businesses.

New York City’s school system, the largest in the nation with more than 1 million students, suspended face-to-face classes on Wednesday due to rising infection rates, a painful setback in a place in the country that had suffered from the pandemic in the spring but seemed to have brought the virus under control months ago.

Texas is sending thousands of additional medical workers to overburdened hospitals as the number of hospitalized COVID-19 patients statewide approaches 8,000 for the first time since a deadly outbreak in the summer.

In the far north of the state, about half of the patients admitted to Lubbock’s two main hospitals had COVID-19, and a dozen infected people were waiting in the emergency room Tuesday night for beds to become available. said Dr. Ron Cook, Lubbock County Health Director.

“We are in trouble,” Cook said.

In the border city of El Paso, morgues that have been overwhelmed have begun paying inmates $ 2 an hour to help move the bodies of virus victims. The flow of patients is forcing the city to send its non-COVID-19 cases to hospitals in other parts of the state.

More than 5,400 additional medical staff have been dispatched to different parts of Texas, said Lara Anton, a spokeswoman for the state Department of Health Services. And that does not include the help that the military and voluntary organizations have provided to the state.

“There is only a limited number of medical personnel to distribute. And I think what we’re seeing in places like El Paso is not sustainable in all or much of the state, ”said Dr. Mark McClellan, former director of the Food and Drug Administration.

The only health care system in the Appalachian Mountains in Tennessee and Virginia has warned that both he and his workers are so overwhelmed that it is only a matter of time before their hospitals have to turn away patients.

The health system reported having only 16 beds available in the intensive care unit and about 250 members of the team in isolation or quarantine. He’s trying to recruit hundreds more nurses.

In Idaho, doctors warned that hospitals have almost reached the point where they will need to ration care, unable to serve everyone because there are not enough beds or staff to work.

“Never in my career did I think I would ever entertain the idea of ​​rationing care in the United States of America,” said Dr. Jim Souza, general manager of medicine at St. Luke’s Health System.

In a video of the parking lot adapted before he began treating patients, rows of beds were seen separated by white movable partitions set on a dark and inhospitable floor, each section marked by letters and each bed space marked by a number on the floor. The flat has enough space to cater for about 700 people.

In Kansas, hospitals are converting spaces such as chapels or cafeterias to use for COVID-19 patients, said Cindy Samuelson, a spokeswoman for the Kansas Hospital Association.

Stormont Vail Health in Topeka, Kansas, set aside an entire floor of the hospital for coronavirus patients as its numbers soared, and by Wednesday it had 90 people hospitalized. The institution also adapted two surgery waiting rooms to treat uninfected patients, spokesman Matt Lara said.

Kansas Health Director Dr. Lee Norman said they were implementing a system for coronavirus patients, which he compared to air traffic control, so that nurses in rural hospitals can make a single call to find a largest hospital that can receive its sickest patients.

In some cases, nurses and doctors in Kansas have spent up to eight hours searching for a large hospital with space.

Maryland health officials did something similar and set up a centralized clearinghouse with data on available intensive care beds so that hospitals only have to make one call. State authorities also issued an emergency order banning most visits to hospitals until further notice.