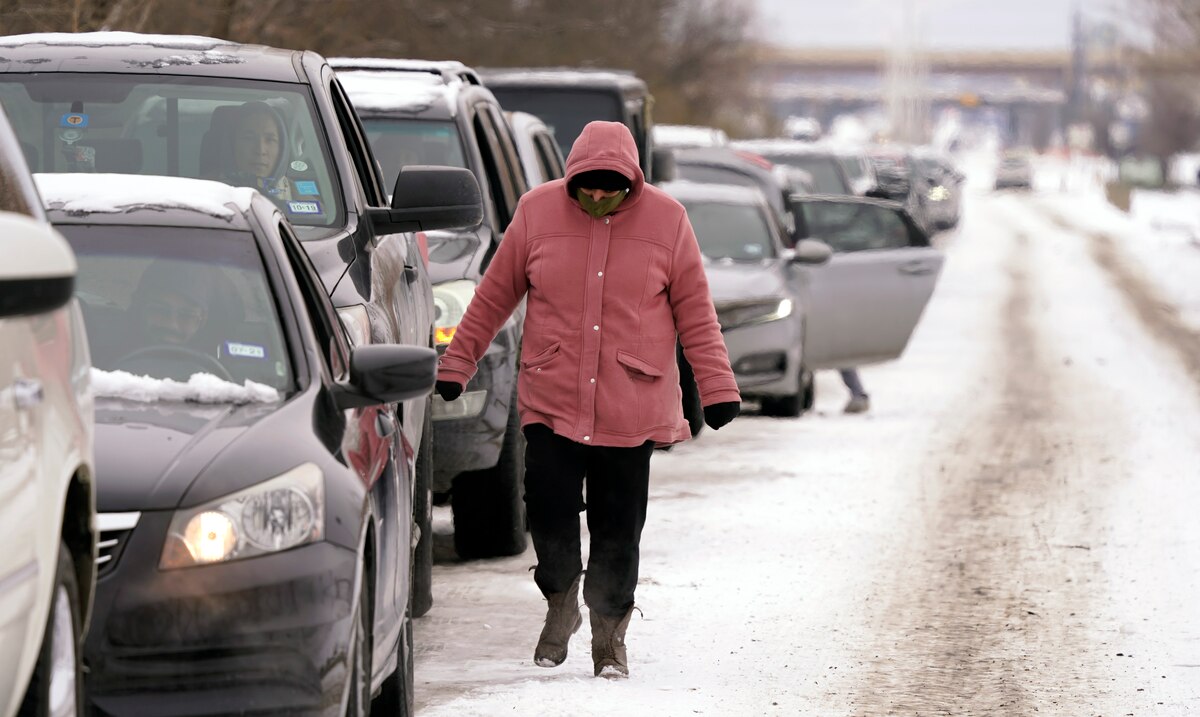 The United States will experience deadly storms more often and the country must improve its management of these events, experts said Wednesday as Texas and other states grappled with winter storms that beat all forecasts from utility companies, governments and millions of terrified citizens. .

This week’s storms – and those to come in the east of the country – fit a pattern of extreme events triggered by climate change, demonstrating once again that local, state and federal authorities did not do enough to prepare for a most extreme and dangerous weather.

At least two dozen people have died this week, some of them from fires or carbon monoxide poisoning while trying to warm themselves in their homes. In Oklahoma City, an Arctic air mass dropped temperatures in the state capital to -25 degrees Celsius (14 degrees Fahrenheit).

“This is a different kind of storm,” said Kendra Clements, one of the people in Oklahoma City who opened their business buildings to shelter the homeless, some of whom arrived with signs of frostbite, hypothermia and icicles in the hair. The scene anticipated what social service providers and governments described as increased needs of the most vulnerable as weather and natural disasters worsen.

Other Americans find themselves at risk. Power systems of all kinds failed in the extreme cold, including natural gas power plants that went out of service and, to a lesser extent, wind turbines that froze and stopped working. More than 100 million people live in areas under winter weather alerts, watches or warnings, and blackouts are expected to continue for days in some parts of the country.

The crisis sounded the alarm for energy grids across the country: As climate change worsens, severe conditions that exceed historical precedents become more common. Texas, for example, expects its energy demand to peak in midsummer, not in the worst of winter, as it did this week.

The severe storms came as President Joe Biden prepares to invest up to $ 2 trillion in clean energy and infrastructure over four years. Biden has promised to upgrade the US power grid so it is carbon-free by 2035, as well as insulate buildings, repair roads, and construct charging points for electric vehicles.

“Building a resilient and sustainable infrastructure that can withstand extreme weather and a changing climate will play an integral role” in job creation and in Biden’s goal of achieving a “future of net zero emissions,” the secretary said Wednesday. White House Press Officer Jen Psaki.

The storms have drawn a lot of attention this week, especially since in addition to freezing Americans, they have affected vaccinations against COVID-19. But that does not mean that they do not become more common, according to experts.

“This was definitely an anomaly,” but one that is likely to occur more frequently due to climate change, said Sara Eftekharnejad, assistant professor of electrical engineering and computer science at Syracuse University.

“You probably have to improve your planning, because we’re starting to see more extreme weather events across the country,” he said, whether it was extreme cold in Texas or the intense heat wave that fueled the California wildfires last year.

Improving forecasts, both in the medium and long term, would help avoid catastrophic failures like the current blackouts in Texas and other states, as well as large-scale storage systems that can provide electricity when demand peaks and diversify power sources, Eftekharnejad and other experts said.

Climate change also affects military readiness. Hurricane damage in 2018 at Tyndall AFB in Florida and the 2019 flooding at Offutt AFB in Nebraska prompted the Pentagon to send troops to Britain for training.

Another 2018 hurricane that hit North Carolina’s Lejeune Field, where a third of the Marine Corps’ resources are located, caused enormous damage and affected training in general, according to US military leaders.

The disaster in Texas and other states “is a reminder that our nation’s critical infrastructure is vulnerable to extreme weather events and we can no longer turn a deaf ear to the resilience investments needed to protect it,” said Sen. Tom Carper, Democrat of Delaware and who chairs the Senate Committee on the Environment and Public Works. Carper met with Biden last week at the White House.

“The cost associated with addressing climate change and improving our resilience to infrastructure will always be less than the cost of rebuilding or not acting,” added Carper.

Meanwhile, federal authorities are analyzing the operation of the electrical system during the storm that affected states from Louisiana to Minnesota.

In Texas, where wind power is gaining weight, wind turbines are often not equipped to withstand low temperatures for long, as is the case in Iowa and other cold-weather states. Modifying them slightly to withstand freezing temperatures is a necessary step in dealing with climate change, said Roy McCann, a professor of electrical engineering at the University of Arkansas.

Although some Republican politicians, such as Texas Governor Greg Abbott, have tried to attribute the blackouts to wind and solar power, most of the state’s power is produced in traditional thermal power plants, mostly natural gas, which were the main problem.

“The whole system was bypassed,” said Joshua Rhodes, an energy research associate at the University of Texas.