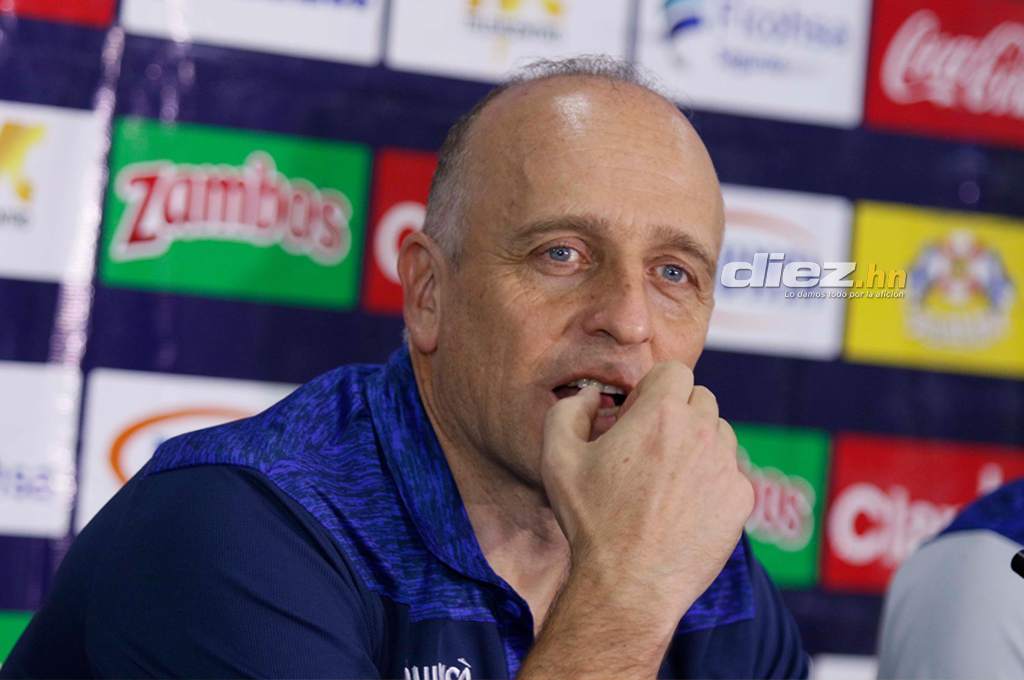 Fabián Coito and Alberth Elis were in charge of talking with the media this day prior to the work of the National Team of Honduras in San Pedro Sula, mentioning that they were canceled on the field by the weather and another routine was chosen in the hotel.

In the first instance, the group moved to the Olympic, the rain did take Morazán as a second option, but it was not in conditions.

The DT Charrúa already advanced changes in the 11 of the Bicolor in relation to the team that played against Trinidad and Tobago, without specifying names. This is due to the theme of travel and fatigue that some pieces may present.

“Another story, another game, knowing that the game against Trinidad is already behind. With what we did the other day is not enough. It is possible that other players play, but not for the ranking issue and that we do not add, but for the theme of travel, ”he began counting.

Coito takes into account the appearance of the court and says it because it has been raining in San Pedro Sula, it may also rain this Sunday at the time of the match.

“We are going to play again on a heavy court which causes fatigue, some players may alternate. We continue working on consolidating a team, that we relate the way in which it is attacked and defended, to have attack procedures ”.

As for the rival, the mandamás hopes to control the Caribbean and not generate the game they want.

“Beyond the players that integrate the 11 we all try the same idea and the same intention. Precautions from the individual point of view we will have, we have seen some things like in the game against Trinidad, they moved away a 2-0 visitor. See what the model they have and counter the rival team's game. ”

Another theme that he explained is the form of play that he is applying in the Bicolor and where he cataloged that he seeks to have a “short team”.

“Short team, which hinders the progression of the rival team. For example Jorge Álvarez is a team leader in that idea and well other players have appeared. Carlos Pineda is a player with a lot of rhythm, he gives us things like ball recovery, he has an intensity that I think is basic and in Olimpia he is getting more experience ”.

Finally, Coito made it clear that the swaps that will be will be technical, there is no player who can be physically low. "Any change that exists is purely technical, if there are changes, it is due to fatigue."

The game will be this Sunday at 8:00 pm in the Olympic, if Honduras wins it will already be in the semifinals of the League of Nations and in the Gold Cup.