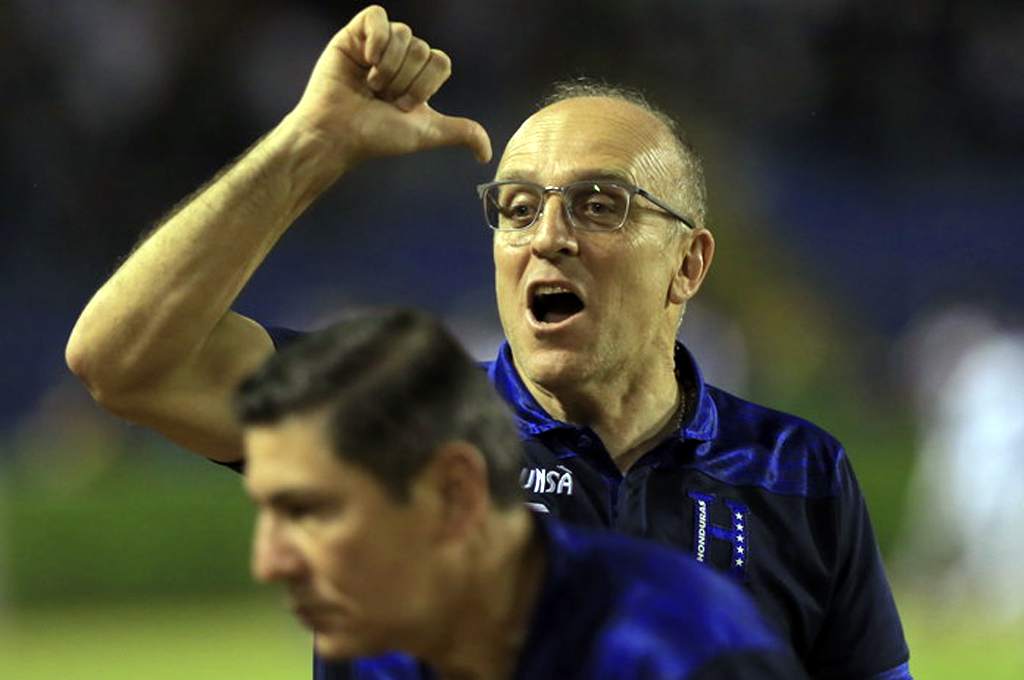 The Uruguayan Fabián Coito has ended up satisfied with the result that Honduras obtained by winning a 0-2 visit to Trinidad and Tobago and staying in a safe zone for the hexagonal eliminator and almost tying the ticket for the next Gold Cup.

Of course, Coito has seen things that his team can improve and considers that it is the midfield sector where he believes there are details that still do not convince him and explains his reasons. He also highlighted the defensive zone as it adds another game without conceding a goal.

"The result gives tranquility and satisfaction, but in the performance we did good things. Again we were able to finish 90 minutes without having scored a goal therefore, from the defensive point of view and beyond a difficult situation, I agree "analyze.

He adds: "With regard to the attack, what we were looking for were the folding of the sides on the outside and having superiority, we achieved it at times, especially for the sector on the left, although not with a good completion."

Coito highlighted the work of Ever Alvarado by the left sector, but believes there was little use in the offensive sector.

"And with the central zone of the midfield while Alex Lopez was trying to connect while Bryan Róchez set rivals and thus release a midfielder, but when I saw that Lopez was a little tired I turned to Jorge Álvarez who has similar characteristics and feels comfortable in that position, but we lacked that that midfielder player when seeing himself arrive with more freedom must have more danger actions, then he wanted more possibilities of the flyers and play a little more for the striker because today Róchez had difficulties to enter the game, "he reflected.

ONE TO ONE OF HONDURAS IN FRONT OF TRINIDAD

Coito also explained the reason why he decided to use Henry Figueroa and not Denil Maldonado, because in the last two games the young defender took the position having a good performance and it was expected that before the Trinidadians he would reappear making double with Maynor.

"Henry had left the team for a health issue when he was a starter and Denil Maldonado did it on the FIFA date and brings an accumulation of important matches and it is not that he doubts his performance, but we could generate a muscle overload in Denil.
Henry never went out on a performance issue and when we talk about resorting to memory, beyond having only one training for this game, he gives us absolute confidence that he could do it as he finally did. "

Finally he referred to the debut of Douglas Martinez who scored a goal, Coito explained why he used it and not Jorge Benguché.

"We had to give some fresh legs to the first line of contentions, the question was whether Douglas or Benguché who apart helps us in the still ball and we lean towards Douglas, beyond his inexperience, for his physical ability to play behind the forward and to be able to collaborate in defense in the midfield and that generates counter-attack situations, "he closed.