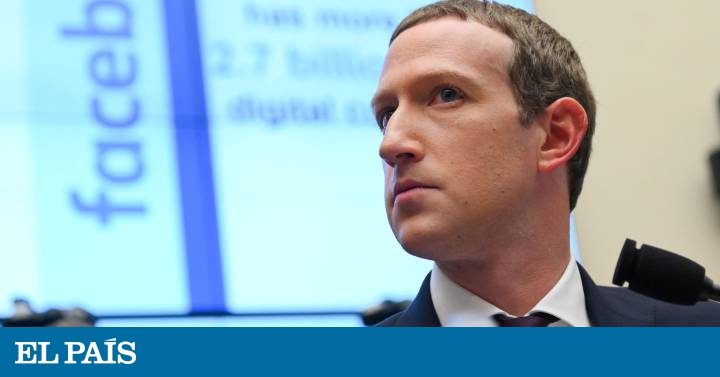 Facebook announced on Friday a news service that will be called Facebook News and that will add media content that the platform considers of quality to create a kind of specific page of reliable information for its users. Facebook News will be tested only in the United States at the moment. "This is the first time we have formed a solid and long-term relationship with the publications," said the platform's chief executive, Mark Zuckerberg. The New York Times, one of the media participating in the agreement, called it "a truce" between the platform and the media.

Visually, Facebook News will be a tab within the Facebook mobile application dedicated exclusively to professional news, which is thus differentiated from the News Feed, or the stream of publications of all kinds that appear on the main Facebook page. It's about mixing Facebook's ultrapersonalized information experience with professional information.

The combination of Facebook and journalism has not lived its best years since in 2016 the platform served as a vehicle for the spread of lies and misinformation on a massive scale that came to influence the United States elections. The social network is mired in a crisis of distrust on the part of the public for its demonstrated ability to spread harmful information. The platform, in addition, is a key element that explains the disappearance of mass media worldwide, especially at the local level, by absorbing along with Google in a few years the majority of online advertising.

"We feel a great responsibility because obviously there is an awareness that the Internet has broken the business model of the journalism industry," said Mark Zuckerberg in statements to The New York Times. "We have invented a new way of doing this that will be better and more sustainable."

The agreement assumes that Facebook will pay for the content to dozens of publications including the media of Gannett (the USA Today network), News Corp (The Wall Street Journal and The New York Post) and Fox News. According to the Journal, Los Angeles Times, The Washington Post, Condé Nast (The New Yorker, Vanity Fair), NBC, Bloomberg and ABC also participate. The fees for licensing the content of these publications range from hundreds of thousands of dollars for the smallest to figures of millions for the most important, according to sources cited by the Journal. Facebook has not made public the details of these agreements.

The media group that is in the agreement includes Breitbart, the extremist website that promoted trumpism and still serves today as an informative combat tool for US extremism.

"From a financial point of view, this is the first time we have formed a solid and long-term relationship with the owners of the publications," Zuckerberg said in a video presentation on Facebook. These are "commitments for years," he added. “We believe that this is content that people want to see, so it makes our service better. This is how we benefit. ”

The video presentation was in dialogue format with Robert Thompson, executive director of News Corp. Thompson, who recalled the difficult relationship Facebook has had with the media said that this is a type of agreement that is a "powerful precedent" because " begins to change the terms ”and establishes the payment for quality journalistic content as a new paradigm. "Before, the clickbait was the one that defined the content."

In the statement, with which the news has been released, the Facebook announcement begins with a statement on the media and its "vital role in our democracy." “When the news has been thoroughly researched and they have good sources, they give people information they can trust. When not, we lose an essential tool to make good decisions, ”says the company.

The new section gives users "more control over the news they see and the ability to explore a wider scope of the news that interests them." Then, cite the elements that make Facebook News “valuable” and that are basically those to which any online publication aspires: stories of the day, personalization, thematic sections, subscriptions and controls to edit what you do not want to see.

Facebook also recognizes that a selection of news with criteria must be made by journalists. The page will be edited with technology, which personalizes the information through algorithms, but the main content will be edited by journalists, such as the cover of a newspaper. "There is a long way to go before we can rely solely on technology to provide a quality news site," the statement said. To distinguish one thing from another, Facebook has publication rules that criminalize misinformation (identified by publishers), hate speech and the so-called clickbait, the headlines without real information behind.

The company explains that it began its conversations with quality media at the beginning of the year and one of the first conclusions was that "journalism itself is more expensive to produce and is easier to recognize by experienced journalists than by algorithms."