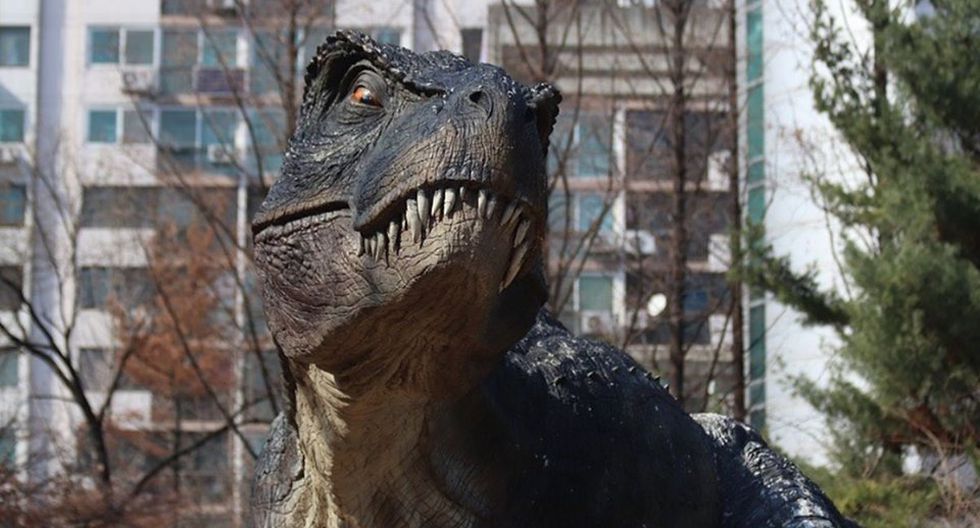 When it comes to celebrating Halloween, it is the children – but also some adults – who are more enthusiastic about the idea of ​​dressing up and going outside to celebrate ‘witches day’ with all their friends. However, sometimes things do not go as perfect as one projects, because there is always an unforeseen event that prevents celebrating as it should.

Precisely on Facebook the case of an American girl who found no better costume than the Tyrannosaurus Rex (T-Rex) to celebrate Halloween went viral. However, what the 11-year-old girl never imagined was that the strong wind in her place of residence would play tricks on her.

Erica Sayre, the girl's mother, uploaded to Facebook the video in which her daughter is appreciated making strenuous efforts to keep her inflatable costume stable, which practically did not let her walk due to the force with which the wind moved.

Facebook images show how the top of the costume moves in all directions, preventing the girl from staying firm and upright in one place.

As expected, the mother of the child does not stop laughing while watching how her daughter struggles to keep the inflatable tyrannosaur she had chosen as an adventure companion on Halloween night.

Strongsville, the city of the state of Ohio (USA) where the viral video of Facebook was recorded, showed strong winds up to 40 mph on Thursday during the day, with a slight increase in the evening hours.